A Refreshing Spin on Cable TV 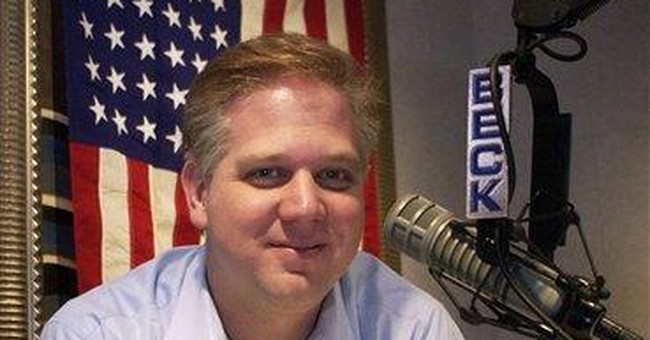 Few of us had heard of Glenn Beck a few years ago. Now the conservative talk-jock is everywhere. His radio show reaches eight million people. He's performing live before sold-out crowds on a comedy tour.

He's had No. 1 bestsellers in both fiction and nonfiction -- plus a new book, "Common Sense: The Case Against an Out-of-Control Government" came out this week.

And now he's host of his own Fox News show, which, even though it airs in the ratings desert of late afternoon, has a bigger audience than every show on the other cable news channels.

Why is he so popular? Beck says it's because he really believes what he says. I don't buy that. Rachel Maddow and Lou Dobbs believe what they say, but their audience is a fraction of Beck's. I hope he's popular because of what he says, like: "Both parties only believe in the power of the party"; "if we get out of people's way, the sky's the limit"; and the answers to our problems "never come from Washington."

Much of the mainstream media despises Beck. "The Daily Show's" Jon Stewart quipped, "Finally, a guy who says what people who aren't thinking are thinking." MSNBC's Keith Olbermann has repeatedly named Beck "worst person in the world," and one of his MSNBC colleagues compared his TV show to watching a "car accident." On "The View," Whoopi Goldberg called him "a lying sack of dog mess."

Some of his critics dislike Beck because they consider him a Republican lapdog, but he attacks both parties. He criticized the Bush administration's spending and bailout of AIG. He says that politicians from both parties are "lying to the people that they're supposed to serve," "flushing our country down the toilet for power" and ignoring the Constitution.

He points to the takeovers of General Motors and AIG as examples of government grabbing power it doesn't legitimately have. "We're giving our freedoms away," Beck says. "The American experiment was about freedom. Freedom to be stupid, freedom to fail, freedom to succeed."

Though Beck is a success now, he struggled for years with serious personal problems. His parents divorced when he was a teenager. "My mother was an alcoholic and a drug addict," he told me when I interviewed him for a "20/20" profile. She later committed suicide.

"When I hit 30, I was going down that same path. I tried for almost two years to stop drinking. I was a jerk. I fired a guy one time for bringing me the wrong kind of pen,"

Yet, Beck says, "I'd look myself in the mirror every day, and say, "You're not an alcoholic. You don't have a problem."

"One morning," he says, "my kids came down for breakfast, and they said, 'Dad, tell us the story of Inky, Blinky and Stinky and the Island of Cheese.' And I realized that not only could I not remember the story I told them, I didn't even remember tucking them in. So I said, 'You see how much you remember. You tell me what was the story.'"

That night he went to Alcoholics Anonymous. Not long after, he became a Mormon. I asked him why.

"I apologize, but guys will understand this. My wife is, like, hot, and she wouldn't have sex with me until we got married. And she wouldn't marry me unless we had a religion."

I asked Tania Beck about that. She laughed, saying, "He's not joking."

Now Beck says that Mormonism has grounded him, so he's grateful to his wife.

Whatever grounded him, I'm glad something did. Because it's good to have a super-successful cable-TV host arguing that life would be better if government -- Democrats and Republicans -- just left Americans alone.

"We should reject big government and look inside ourselves for all the things that built this country into what it was," Beck says.