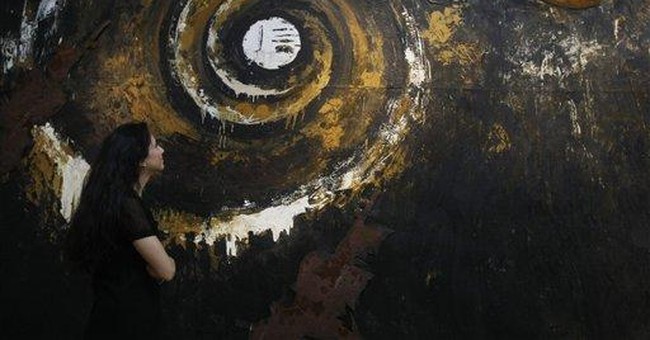 Avid supporters of John McCain and Barack Obama cannot wait until their man gets into office. They say things like: McCain "will bring peace and stability to the United States." Or that under Obama "our kids and our grandkids will have a better life."

But how can one man be expected to do such grand things? It's easy to think that complex problems require centrally planned solutions. But the opposite is true: The more complex a problem, the more centralized political decision-making is not the answer.

Try this thought experiment suggested by economist Daniel Klein of George Mason University. Imagine you had never seen a skating rink and were told that people were going to strap blades to their feet and propel themselves on the ice wherever they chose at whatever speed they could -- without a license and with no one directing traffic.

You'd say, "That's insane! We must have rules, signs and traffic cops, or skaters will smash into each other." But of course skating rinks demonstrate that there is another way to organize life: spontaneous order. Most of our economy works that way, and when government tries to micromanage that, it messes it up

I tested this theory for my ABC special "John Stossel's Political Incorrect Guide to Politics," by trying to centrally plan a skating rink. I stood on the ice and gave commands: "Turn right. Turn left! No backwards skating!"

It didn't work. People were falling down.

That didn't work either. Even the Olympian, with his vastly greater knowledge, couldn't make the skating better by directing it. People hated being bossed. They wouldn't listen.

"They want to do their own thing," Boitano said.

"It kinda ruins the fun of it," a woman skater said.

Much of life would be a drag if a leader directed everything. And fortunately, most of our lives are self-directed. Spontaneous order, not government, prevails. It's so commonplace we take it for granted.

Some people would say the skating rink works because it's small. When it's a big place like America, you need planning.

"The more complex the problem, the more planning you need," says Russell Roberts, author of "The Price of Everything." "But it's not planning at the top. It's planning from the bottom up."

At the rink it means the planning is done by individual skaters, who spontaneously coordinate with others. Each knows more than a central planner would know.

Spontaneous order is found in things far more complex than skating rinks. Language is useful, flexible -- and hair-raisingly complicated. No one constructed it. But when someone tried to build the perfect language, Esperanto, it flopped.

Communism was adopted by more countries than Esperanto, but it also failed because planners never could anticipate the myriad wants of different people. Russians spent hours a day in lines. Millions starved.

The only times we have shortages in America are after governments intrude, like when President Nixon appointed an energy czar to regulate gas prices, and this year, when some states' anti-"gouging" laws prevented gas stations from raising prices after storms.

Despite the repeated failure of central planning, the political class acts as if politicians can direct our lives. When there are problems, politicians will solve them. They're going to give us prosperity and cheap health care, fix education, lower gas prices, stop global warming and make us energy "independent."

And that's just the beginning. A speaker at the Republic convention said, "If you want to fight childhood obesity, then John is your man."

Who do people think these guys are?

"We actually think that some people can do magic," says David Boaz of the Cato Institute. "Voters would have to believe that every politician is some combination of Superman, Santa Claus and Mother Teresa. Superman because he can do anything. Santa Claus because he's going to give us things.

"It's kind of an instinctive reaction," says Boaz. "But a president can't fix all the problems in your life."

That's OK. Most of life works best when you are in charge.