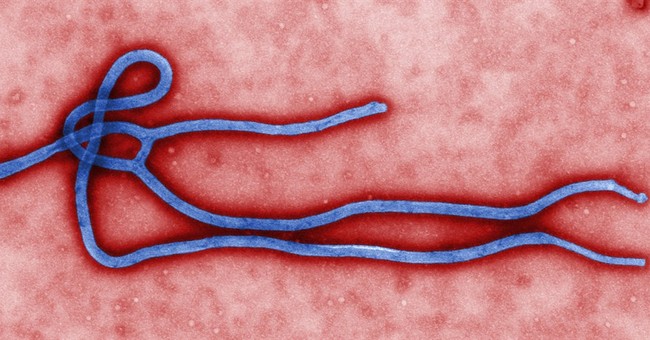 Welcome to the infectious disease known as government. And after a six-year incubation period, the voters are getting feverish. According to the latest from CNN, voters are, uh, duh... angry.

“Nearly 7 in 10 Americans are angry at the direction the country is headed,” writes CNN, “and 53% of Americans disapprove of President Barack Obama's job performance, two troubling signs for Democrats one week before the midterm elections, a new CNN/ORC International Poll shows.”

If only 53 percent of people disapprove of Obama’s performance I suspect that the poll sample taken was largely made of U.S. Senators.

It’s just the latest sign that you can fool most of the Democrats all the time—especially those in the Senate-- but you just can’t keep the Messiah act going on in the face of an electorate that wants the economy, foreign policy and domestic policy to stop resembling a passion play.

From small thing to large things, this is an administration just can’t get simple things right.

We’ve had virus outbreaks before in the country. But because of the general distrust the administration has CULTIVATED for years in government’s ability to propose, plan and execute on simple functions, Ebola is being treated like the start of the Zombie Apocalypse.

I'm surprised that Obama hasn't called Ebola the JV of viruses. But I'm grateful that he hasn't too. THAT would be a bad sign.

Google sends new hourly notifications about a virus that has so far infected up to a possible four total patients in the United States and has killed about 5,000 in West Africa. To put that in perspective a rare form of familial ALS—a form even healthcare workers are largely ignorant of – is found in 5,000 patients in the U.S. at any given time. Mortality for ALS is near 100 percent; for Ebola it’s about 50-50.

Where is the outcry about familial ALS?

Because Ebola, the last I checked, has obtained most favored virus status, with rules made only for mere mortal viruses being waived, undermining the whole argument that government knows best, not just now but ever.

How about the patients dying of equally preventable diseases? If speeding up drug development is such a good thing in this case—or in the case of HIV—why not speed up drug development for everyone? We could then have more of the government-inspired bounty to go around.

Well, because that would just be silly to just throw out all the rules for the politically unpopular diseases, Obama seems to say on almost a daily basis on almost any topic. Bounty for some, but not for all. I guarantee you that if fighting Ebola required the waving of mortgage processing rules for new loans, we’d be awash in new home financing today to fight the pinprick that Ebola represents.

We’d also be faced with a government-- as we actually are faced now—that wants to pick winners and losers in even little things like diseases. And this further erodes trust in government, especially federal government.

As a result, governors are proposing quarantines in the face of a national administration that seems powerless in all the legitimate functions of government—like public safety—yet remains dedicated to being the nanny-in-chief for everything from mortgages to healthcare.

But the good news is that voters are finally paying attention, finally getting tired of the doublespeak, doubletalk and downright lies that seem more inspired to keep Americans divided and scared than actually accomplishing anything.

Ebola may warrant all the hype it’s getting.

But I doubt it.

Americans, however, are feverish though for sure.

They want leaders who take care of these things, not ones who take advantage. And they are angry because they’ve been had.

But while anger is a virus that Obama’s very good spreading, in the end he’s the one that will finally be consumed by it.