One Crash Too Many 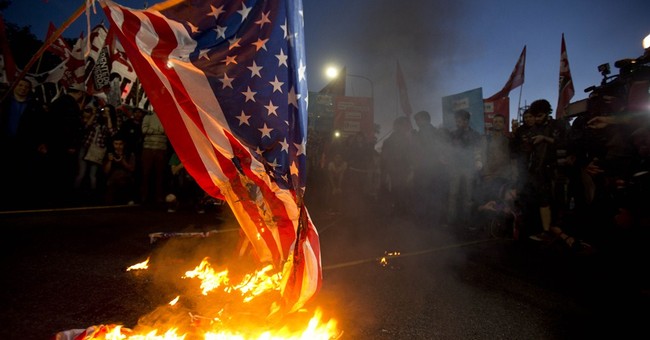 Last month we celebrated robust manufacturing data by wearing silly party hats with the words “Finally, the recovery is gaining traction!” Inevitably whenever silly hats are involved so are those silly noisemakers, the major media. Those noisemakers said roughly the same thing as the hats: “Finally, the recovery is gaining traction!”

But while it may be gaining steam in some ways, it’s still precarious at best.

A new report from the BLS says that unemployment claims came down to 287,000 last week, which is very good. But, still, the numbers of jobs being created isn’t enough to make up for the growth in the labor force and the numbers of unemployed.

For example, month over month in August 206,000 people entered the civilian population available to work. At the same time only 142,000 jobs were created, meaning that 64,000 people who were ready and available to work couldn’t have jobs. Unemployment however went down because people dropped out of the labor force, basically giving up looking for jobs. All told there were only 16,000 more jobs created in August, while the numbers of people who dropped out of the labor force was 268,000.

And all you have to do is follow the Fed’s decision not to raise interest rates because --by their own explanation-- the labor market is not very robust to understand that this economy is going nowhere very fast.

One good report for the economy is followed by another and another not so happy report.

Factory orders, which posted a 10.5 percent increase in August –- celebrated by silly hats and silly media as “Finally, the recovery is gaining traction!”—fell by a record 10.1 percent in September, which is being touted somehow as “modest growth.”

“A key category that tracks business investment plans,” reports the Associated Press, “posted a small increase, offering an encouraging sign that factory production will sustain momentum in the second half of this year.”

That certainly will be true if the country once again enjoys record aircraft orders, but don’t bank on it. Economic troubles in Europe and Asia along with a strong dollar have seen manufacturing activity go down in September according to the Institute for Supply Management.

“On Wednesday, the Institute for Supply Management reported that its barometer of manufacturing performance fell to 56.6 in September from 59 in August,” writes the DigitalJournal.

Taken all around, it’s tough to see how the economy manages the expected 3 percent growth that economists are expecting the second half of the year. Of course extra money from falling oil prices is going to be helpful for both GDP growth and perhaps employment. But with Saudi Arabia announcing they are cutting production on oil it looks like oil prices could be on the way back up.

This recovery will continue as long as rates remain artificially low. But it will be an artificial recovery mimicking some facets of a true recovery without the messy part where it makes your life better.

But like a lot of things with an artificial sweetener, expect a bitter aftertaste and possible side effects.

Extraordinary measures that give the economy the appearance of growth could lead to rapid downward movements. It’s happened before. Too many times.

And that will be at least one time too many.

When it happens expect silly hats and noisemakers that say: “See we told you. Capitalism doesn’t work.”

Yes, the people who gave you the non-recovery/recovery, now at the helm of non-capitalism/capitalism will then sell you on non-socialism/socialism.

Their variety of socialism will have all the regular features of socialism including the part where your life gets worse. They won't even have to work at that part.

That part they already have down to a science.