Dr. Strange-gov or: "How I Learned to Stop Worrying Because I'm a Libertarian" 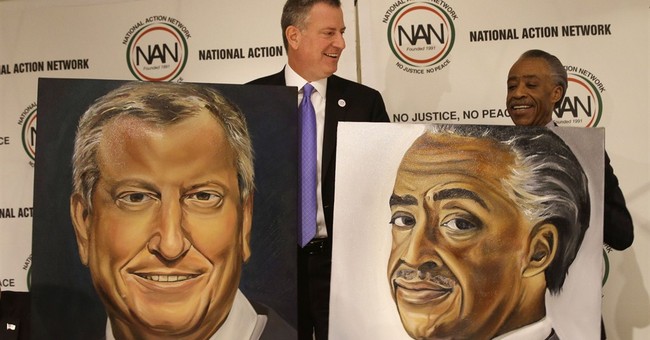 Doctor Roy wrote: If you are going to make voting contingent on paying taxes I don't know what else you could call it [but a poll tax]. I still don't know what you guys are talking about with this " white guilt" malarkey. Obama came along at exactly the right time. Hell I'm an agnostic and I might have gottten elected if I got to follow Dubya's train wreck. - Equality! Obama's the Worst!

I always have trouble understanding if you are as dumb as you pretend to be. I’d like to give you the benefit of the doubt and say, “yes, he really is that dumb.” But then I remember that: 1) you’re Illinois and 2) you’re union.

By the way: How does it feel to be a part of the movement that will finally send Illinois in bankruptcy, thus ensuring the Land of Lincoln will become the first failed state in the history of the United States, even worse than California?

Last week the Illinois Supreme Court decided that union benefits are protected under the Illinois constitution and can’t be cut during the lifetime of a union member.

And so continues the descent into hell. At least that what the Chicago Tribune thinks.

Now all you have to do is worry about a joint invasion from Iran and Russia that Obama will condemn but privately sanction because he has a tee time conflict.

As to the white guilt, you know what people are talking about.

It’s the phenomenon that allows a thug like Michael Vick to become a STAR in professional football because there are some white people who don’t think it’s fair that there are few black quarterback stars.

It allows a guy like Harold Washington—the black mayor of Chicago—to be treated as a minor saint, even though he presided over one of the worst administrations in the city’s history.

It allows Rev Al Sharpton, the Grand Dragon of the Black Klux Klan, to be the public face of MSNBC, that bastion of white liberalism. And it allows for Marion Barry to be, well, Marion Barry.

You’re right that Obama benefited from the trend away from Bush in 2008. But the election was a lot closer that it would have been if someone with some verifiable experience doing something would have been the Democrat nominee.

That Obama won was a testament to the heavy guilt many white people have regarding the plight of blacks in America.

To our credit we want so very desperately for race not to matter at all, that we are willing to overlook deficiencies in people like Obama. Then we can at least say that race had NOTHING to do with anything.

Unfortunately the exact opposite happens with white guilt. Because race is everything, psychologically speaking, we end up with a guy like Obama who makes everything racial.

No to poll tax, but can we at least ask for IDs?

It’s easier in this country to 1) vote and 2) buy pot than it is to do most anything. We should just get rid of IDs altogether. If we can’t ask for IDs to vote, we shouldn’t be able to ask for IDs for any reason.

M.A. Harris wrote: John - When did Obama lecture the black community? When did he stand up, look blacks in the eye, and tell them to get off their duffs, quit thinking of themselves and victims, and pick themselves up by their bootstraps and MAKE something of themselves? When did Obama lecture all of those gangsta' kids and thugs and tell them that a life of crime and drug use is a dead end? When did Obama stand up and tell black (and white, of course) teenage girls that having sex before marriage or before adulthood will ruin their lives? - Equality! Obama's the Worst!

The white guilt crowd believes in the historic wrongs done the black community. They just think those wrongs have nothing to do with them today.

I think that America continues to degrade black people institutionally. And were I a candidate, I would use the most damning language about both parties’ use of invisible slavery to keep black people in poverty.

Rifcon wrote: As a veterinarian that occasionally pulls plastic objects from the digestive tracts of my patients, I can tell you that a plastic object of the wrong size is definitely fatal. Armageddon? Of course not, but worth investigating, if not ridiculously expensive. Being unconcerned about the effects we have on other species seems short sighted to me. - Scientists Discover Newest Unknown Global Change Problem that Needs an Unknown Amount of Money

Like most liberal commies, you’ve missed the point either deliberately or because you were trying to divine the truth from the guts of a slain pigeon and calling it science.

So let me tell you what my objection is.

I love other species. Many of them are delicious, especially if served with the right wine. And who hasn’t dressed up an otherwise drab outfit with fur from some cute, cuddly mammal?

So I care about animals. A lot.

Now that I just moved to San Diego, I’ve taken a special interest in harbor seals, since they live in the harbor where I live. Just two days ago I walked into a store that sells spear guns to ask for a permit to club baby harbor seals.

The guy didn’t have any. Ditto the baby seal clubs.

If every one of these “global change” dangers didn’t end up requiring the United States to give up sovereignty to the UN, I’d still object.

Because the remedies proposed by scientists are often much worse than the problems they are supposed to fix.

I’m combating the issue of plastic in the wild by teaching my dog not to eat the remote control.

Maybe your patients should have their masters do the same.

Meerbock wrote: You are well on your way to being a certified curmudgeon. All this is to say that I adore your attitude and most of what you write, so keep up the good work and perhaps in another 20 years or so, you TOO can be sitting at a table at the Moose (Elks, Legion, AmVets, VFW) playing pinochle, drinking beer and smoking horrid seegars. (Camels, Chesterfields, Lucky Strikes and Pall Malls being rather out of favor these days) I wish you well and I hope you never dilute the amount of bile and gall in your (electronic) ink. I also wish you happiness and satisfaction with your work, a supportive family and a decent dog or cat. - Scientists Discover Newest Unknown Global Change Problem that Needs an Unknown Amount of Money

I’m not a curmudgeon.

Actually women find me adorable still. I don’t smoke, and drinking is done on board the LionHearted, at Harbor Island-- cognac and spiced rum-- not at the VFW or the Elks lodge. My dog is very good, and my family is very supportive.

I just hate our government and the gutless wonders who support it.

All they have to do is nothing, and they just can’t manage it.

It’s like when you tell someone “Don’t touch that knob.”

All that is new is the extent at which we have polluted our oceans.

Many studies have already been done. We know that it's killing marine

life and is entering the food chain. We consume animal's that have

consumed plastic. Or have eaten other marine animals that have eaten

it. But I guess some feel it's better to remain ignorant of what's happening

in the world around us. To the point that they condemn others that don't

feel the same way they do about science. And that is truly sad...... - Scientists Discover Newest Unknown Global Change Problem that Needs an Unknown Amount of Money

What’s really sad is that you can’t make a cogent point in writing. And you condemn others who don’t feel the way you do about the English language. Sad.

Freedomist wrote: ransom wants to continue the myth that the two big-government parties are significantly different. both statist parties make trouble of us with their continuous and endless policies of global intervention. the more we interfere in other countries business, the more trouble we bring on ourselves. these endless wars have cost america trillions of dollars and thousands of lives, and have accomplished nothing. - They Lost China, and Iran, and Iraq, and Libya, and Afghanistan and Pakistan and….

Libertarian alert. More righteous indignation from people who think that covering our eyes and plugging our ears and singing la, la, la, la is a national defense strategy.

Is there anything worth fighting for Comrade Icky?

Because the Cold War cost more lives and more money than Afghanistan and Iraq did combined.

And the march of freedom that YOU are benefiting from, where we can pretend that things across the water don’t affect us, is largely due to that war.

Frank130 wrote: It amazes me how no matter how many times Ron Paul's predictions have proven to be true & the "Establishment"'s predictions have proven to be false, they always come up with more reasons to ignore or ridicule him. The average American voter needs to wake up to reality and stop listening to these Establishment shills, which Ransom seems to be a member of. - They Lost China, and Iran, and Iraq, and Libya, and Afghanistan and Pakistan and...

You got me: establishment shill. That’s me.

Listen, if you knew anything about me you’d know the leaders of the Republican Party hate my guts and I hate theirs back.

But here’s the difference between you and me: I stay and fight.

People ask: Why’d you move to California? My answer: You move to the sound of the guns.

Libertarians wouldn’t understand because they won’t fight for anything.

The only thing they’re good for is running away.

Or running a vanity campaign for statewide office while pretending to send a message. Seriously I think Libertarian candidates are the worst type of charlatans and do anything I can to harass them.

I hate libertarians. Not as individuals, just as candidates.

Flattus wrote: "And it's all Obama's fault" LOL. Suuuuurrrre, it is. Here on TH. In the rest of the world, EVERYONE knows whose fault Iraq is. I won't mention any names, but he's painting crappy pictures in Texas and trying to sort out his conscience. - They Lost China, and Iran, and Iraq, and Libya, and Afghanistan and Pakistan and...

Here’s what I know about the rest of the world.

The rest of the world wishes America would attack the problems in Iraq and Afghanistan with the same resolve Bush did.

Screw Ron Paul. He is now and always has been an idiot.

I love how libertarians have made a cult out of the guy.

That’s how they put liberal in the word libertarian.

That's it for this week,