John Ransom  |  Dec 15, 2011
The opinions expressed by columnists are their own and do not necessarily represent the views of Townhall.com.
Top Columns
Trending on Townhall Media

One of the of the most popularized predicted effects of global warming from the models given us by the climate change clowns, increased hurricane and tropical storm activity, has recently been shown to be without merit according to the science and operations officer of the National Hurricane Center, Dr. Chris Landsea.

In a work published in late November and carefully labeled an “opinion” piece on the site for the National Oceanic and Atmospheric Administration- which is quick to distance itself from the conclusions reached by Landsea,  who makes very clear that he subscribes to the theory man of man-made global warming- concludes that “the overall impact of global warming on hurricanes is currently negligible and likely to remain quite tiny even a century from now.”

Yet somehow he remains the leading hurricane expert in the US, despite his "shoddy" science.

Landsea attacked three specific datasets that are often used by global warming alarmists to show that the warming of the earth will have terrible consequences for human-kind: 1) the frequency of storms; 2) the intensity of storms and; 3) the economic damage of storms.

In each data subset he showed that apparent increases in storm activity or effect can be ascribed to advances in technology or development that skew the data rather than a real increased frequency or effect of storms.

“In 1911, there were no satellites, no aircraft reconnaissance, no radar, no buoys and no automated weather stations,” writes Landsea. “Indeed, it was only two years previous, that the very first ship captain stuck in a hurricane aboard his ship was able to use a two-way radio to let people back at the coast know that a hurricane was out over the ocean.”

Prior to that hurricane monitoring relied on a few ships in the Atlantic and the Caribbean so “[i]t would appear that the hurricane database would have some very large gaps in both numbers of cyclones and their peak winds as one went further back in time.”

To test the theory Landsea looked at storm data from the “Open Atlantic” where satellites and air reconnaissance would better be able to count storms and at storms that were very short-lived-called “shorties”- which were likely missed previously.

Both sets of data tended to confirm that storm data is more incomplete the farther back you reach in time.

“So removing the shorties and adding in the estimated number of missed medium-to-long lived storms reveals quite a different picture regarding the long-term changes,” says Lansea, “Instead of a doubling in the number, the frequency of these storms is flat over the time period of a century as seen in the blue trend line.”

Additionally, Landsea points out that the severity of storms is likely to be negligible as well as a result of global warming: “the increase in hurricane winds are on the order of 1-2 mph” for a Category Five hurricane like Katrina.

Increased economic costs should be attributed to more valuable real estate along the cost along with increase settlement and population density. A better way of predicting tropical storm and hurricane activity says Landsea would be to look at the Atlantic Multidecadal Oscillation. “When the Atlantic is in a warm phase [of the oscillation], not only are the waters warmer by ~ 1/2°F (~1/4°C), but the atmosphere has more moisture, less wind shear to tear incipient hurricanes apart, and more vigorous and plentiful thunderstorms that fuel the cyclones. Conversely, in the cool phase of the Atlantic Multidecadal Oscillation, the waters are slightly cooler and the atmosphere is drier, has more inhibiting wind shear, and cannot sustain the thunderstorm activity as readily. The warm phase of the Atlantic Multidecadal Oscillation occurred during the 1870s to the early 1900s, the late 1920s to the late 1960s, and from 1995 onward. Conversely, the cool phase occurred during the 1850s and 1860s, the mid-1900s to the mid-1920s, and the early 1970s to 1994. “ Other findings by Landsea:

Genesis Location/Track: Somewhat uncertain, but no indications of large changes

In 2007, Intergovernmental Panel on Climate Change "settled" all the science for us by saying that “Anthropogenic forcing [man-made global warming for all of us non-government funded entities] contributed to the increase in frequency of the most intense tropical cyclones since the 1970s.”

So, as Al Gore was saying, so glad they settled the science for us.

But the bigger question still remains: What do you do with a theory of weather that has no discernable effect on the, um…weather?

For Christmas this year, my family is buying some goats, some fruit trees, a bicycle and clothes for needy children through Worldvision.

We let our kids pick out the gift they want to give for Christmas and they pay for it with money they have saved through the year. Our kids really get a lot out of the experience.

I hope readers will consider doing the same according to their ability.

PS-  If you friend me on Facebook you get sneak peeks of columns!  Act now, because I'll hit the friend limit soon.

The email function at the top of the page is working. So, let the Hate Mail begin! 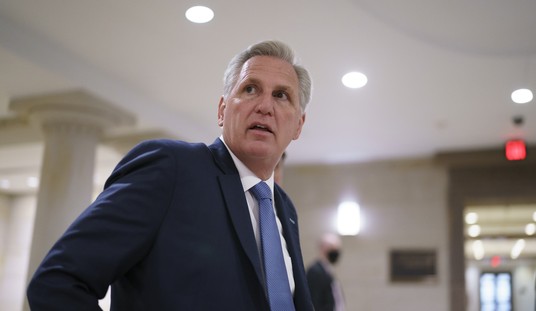