Director Comey’s Gift to the People

John P. Warren
|
Posted: Jul 06, 2016 6:03 PM
Share   Tweet
The opinions expressed by columnists are their own and do not necessarily represent the views of Townhall.com. 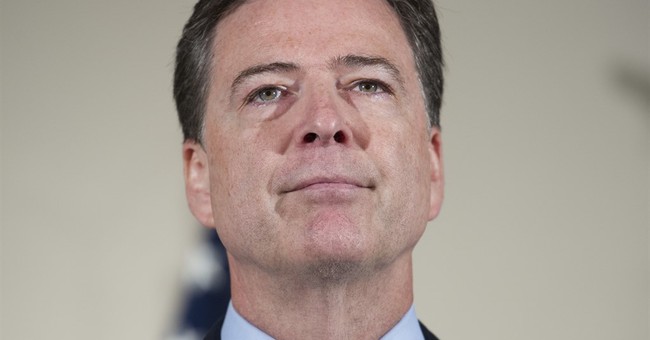 In an environment where some crave black and white, FBI Director James Comey took the only course he could in the Machiavellian hall of mirrors in which he found himself. Many are howling at his July 5th announcement in shades of gray, but upon reflection, they should understand what history will say: Comey gave us a gift of extraordinary value.

Backdrop: In an earlier life, it was my privilege and honor to work with dozens of women and men of the FBI at various levels from the second Reagan Administration through George W. Bush’s first Administration. Though I have never worked for the FBI and am not an apologist for that agency, without exception, I found Bureau staff to be professionals of the utmost integrity, people you’d want at your side in a time of danger.

Of course, my experiences with the Bureau spanned the Clinton years. Remember Filegate? Remember how the Clintons attempted to skewer the Bureau because so many of their appointees weren’t “clearable?” Young agents in the 90’s are in positions of power now, and, I’m guessing, have not forgotten their experiences with eight years of the Clintons—both of them. Though I have not spoken with a single FBI source, current or retired, it is not hard to conclude no love is lost between the parties, and there’s no reason why James Comey or anyone in his agency would want to do Hillary Clinton a favor. They had every reason to do their jobs well—and they did.

Here’s how I think James Comey cut the Gordian Knot:

What James Comey did—and for this alone, historians should lavish their praise—was to bring to Hillary Rodham Clinton the only justice she might ever receive. By laying out for us her willful negligence, her repeatedly disqualifying behavior for the presidency, he has permitted the American people to judge the matter for themselves—in the court of public opinion.

What Comey also knows is this: The State Media crowd, fawning lackeys who stain the profession of journalism, will hasten to declare the matter ancient history and move on. The Republican candidate has so far demonstrated a maddening ineptitude in staffing and running a campaign, in disassociating himself from the unsavory instincts of his psyche and some of his supporters, and perhaps, in handling such a rare gift to the voting public. Should Trump cede the election to Clinton, Comey needed to find a way for the honor and integrity of his agency to survive intact. He did.

The greater tragedy in all of this is that a Trump failure to win the Oval Office will ensure the disgraceful and purportedly criminal behaviors of the Clintons being buried forever. And James Comey knows that, too.

For all that you and the FBI have done for us, Director Comey: Thank you, sir.