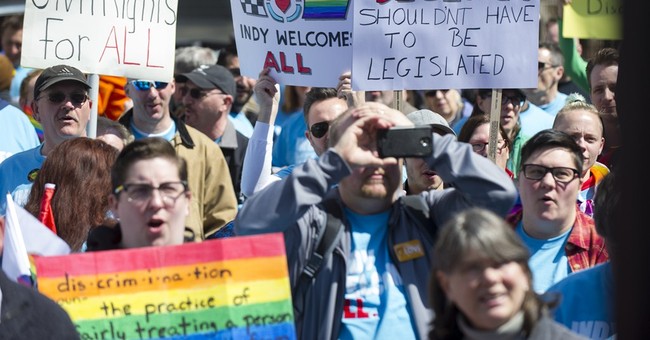 If you went looking for the Apostle Paul an aeon ago, you might expect to find him mumbling platitudes in a dusty monastery, fumbling beads in some inane act of farcical devotion, locked for all time in a dingy prayer closet lit only by the nimbus of sainthood; or maybe, having assumed a vow of poverty, laboring in “full time Christian service,” whatever that means—in practical obscurity.

If this is your idea of Pauline Christianity, you are profoundly wrong, and are among the majority of those who claim the nearly meaningless appellation of “Christian.” It is fashionable among those who occupy the pews of most Christian churches to assume a false piety that excludes them from politics and popular culture, a de facto monasticism. There is a heresy afoot that equates “full time Christian service” with piety and duty, but only serves to create obscure communities of the timid. It is the Christian equivalent of Timothy Leary’s “turn on, tune in, drop out.” However, a very wise man once said, “for a Christian, there is no difference between the sacred and the secular.” You don’t get to call yourself a Christian and then hide from a hostile world.

If Paul walked the earth today, he would excoriate those who wear the title “Christian” but sit in silence while their culture and country founder in the mire of a Godless liberalism.

Paul visited the city of Athens, escaping persecution in Berea, during his second missionary journey. While there, “his spirit was stirred in him, when he saw the city wholly given to idolatry.” (Acts 17:16) The Biblical notion of idolatry is not limited to the worship of an idol carved from wood or stone, but includes anything that individuals or nations place before their love for and duty to God. The liberal idol is government. Obama’s idol is vanity. The Lesbian, Gay, Bisexual, and Transgendered (LGBT) community’s idol is sex. For many, idols are fame and fortune. Democrats and Republicans have set up the golden calf of power, cavorting in the excesses of big government, assuring each other of the absurdity that God’s omniscient eye doesn’t see.

But, in the face of all this, Christians are hardly stirred to action. For Paul, the degenerate nature of Athenian culture was not a cause for despair, or an occasion to cower, but was an opportunity to unfurl the banner of truth in a society drowning in ignorance and depravity. No doubt Paul prayed fervently for the people he met in the bustling market of  Athens but he knew that faith without works is dead, and that his duty as a Christian extended far beyond the cloister of the prayer closet. Modern Christians seem content to pull their robes up and mince through the battlefield of culture and politics while the casualties of liberalism lie in tortured heaps. For some reason, the principle of the Good Samaritan doesn’t extend past the parking lot of most churches. And, even those who would be quick to lend aid to a victim of a mugging, lying helpless in a gutter, stand idly by as an entire society is driven off a precipice, prodded and jeered by the goblins of liberalism.

Paul’s life is a refutation of the liberal lie that Christianity has no place in the marketplace of political and cultural ideas. Paul waded into the Athenian cesspool and “disputed..in the synagogue with the Jews, and with the devout persons, and in the market daily with them that met with him.” (Acts 17:17) For Paul, there was no personal wall of separation and he fully engaged the citizens of Athens in the very center of their cultural activity. The “market” mentioned in the Biblical record was the Athenian Agora where commerce occurred, politics were debated, where philosophy and religion were discussed. He waded into the mire of Athenian paganism and argued, debated, and persuaded with boldness. Paul used intellectual and cultural vehicles that were familiar to the Athenians; he quoted their own poets, weaving God’s truth into the interstices of Athenian thought and politics. Paul was among them and yet apart from them. Today, many Christians are just apart from the culture that they have been commanded to confront and, when ready, to console. And, Paul was relentless in his disputations, walking daily where Athenians met to conduct the affairs of life. Impervious to insult, he returned day after day to share the truth of God’s Word. Though we are separated by more than two thousand years from Paul and the Athenians, human nature remains the same. The Athenians “spent their time in nothing else, but either to tell, or to hear some new thing.” (v. 21) Barack Obama’s amorphous message of “change,” of “transformation,” of something new, would have been received as readily by those ancients as they are by the dupes of our own time. There really is nothing new under the sun.

Today’s Agora, accessible to even remote Christians, is social media. In this digital milieu, liberals and degenerates abound, but in the ancient equivalent, Paul saw opportunity. As traditional conduits of news and information continue to wane, the opportunities within the new media environment continue to develop and where liberals have seen some success, Christians may achieve domination. Even in the face of eroding liberty, Christians still compose a silent majority. Gallup estimates that 77% of Americans identify as Christian. A political potentiality with terrifying aspect, if you’re a liberal. While, on occasion, a few Christian leaders manage to be heard over the din of cultural noise, the great body of the like-minded remains inert and silent.

Recently, social media has been used with great success in ameliorating the effects of LGBT persecution of people of faith. A small business, Memories Pizza, came under withering attack, primarily through the use of social media, for refusing to cater pizza for a hypothetical same sex marriage. The owners of Memories Pizza received a barrage of threats designed to intimidate and resulted in co-owner Crystal O’Connor closing the small business for fear of violent reprisal. Where social media can be used as a powerful tool of evil, it may also be utilized as a tool for good. Thinking out of the box, Lawrence Billy Jones III created a Gofundme page in an effort to provide financial support for the victims of LGBT bigotry and intimidation. On expiration, the fundraising effort raised $842,592.00 for the O’Connor family. The page received support from Dana Loesch of The Blaze and from Rush Limbaugh. This effort is a case study in utilizing the power of social media, and the new media, to crush injustices perpetrated by a perverted cadre of sexual zealots. In this effort, Mr. Jones III, Mrs. Loesch, and Mr. Limbaugh gave voice to truth in the face of sexual idolatry and fortified a breach in the redoubt of the civil society. This is the power of just a hand full of people willing to foray daily into the melee of the marketplace.

We are presented with a myriad of opportunities to impact our culture. We are still a free people, although less so since the fateful election of 2008. If you claim the title of “Christian” you do not have the luxury of hiding behind euphemisms like “full time Christian service.” You do not have the right to sit contemplative behind the monastic walls of ease and familiarity. As Christians, we must ascend Mars hill and speak the truths of revelation, we must engage in the uncomfortable task of disputing with those who hate Christ and His light, and we must do so in the market, the hub and center of commerce, politics, and religion. If Christians continue to live content and cloistered in their own schools, churches, and communities, then the day will quickly come when barbarity will hammer down your paltry bulwarks.

Where is the silent majority? Find your voice and see what God will do through you; or sit idle and silent as the pagan voices howl, lose yourself in distraction and awake to the burning pyres of liberty lost.