If You Don't Spank Your Kid, Jesus Certainly Will 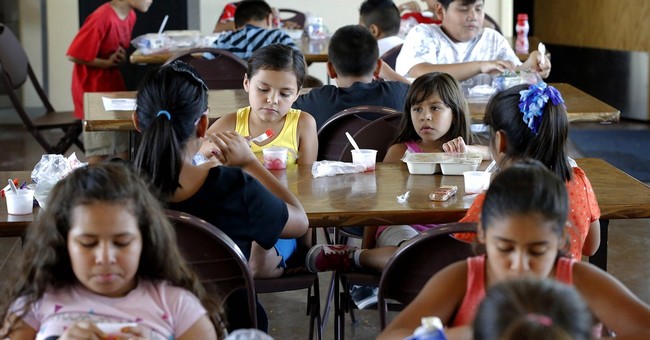 Prominent egg-heads have opined ad nauseam on Adrian Peterson’s recent arrest on charges of child abuse. As usual, progressives have seized this opportunity to besmirch a time-honored and Biblical practice—corporal punishment. This shouldn’t surprise us, since progressives abhor the notion of personal responsibility. And, why not? The entire progressive edifice is built on the foundation of unbridled hedonism and man as his own chief deity.

Parents have employed corporal punishment for millennia because it is the most direct means of teaching children a fundamental moral tenet—responsibility for one’s choices. It seems elemental, but the lesson is lost on most of American society. Immoral choices ultimately produce negative consequences. And, life usually isn’t shy to reinforce that fact with prodigious amounts of pain. Despite the best efforts of progressives to drown the concept of personal responsibility in a flood of Freudian babble, reality stubbornly refuses to subscribe to the “pass the buck” rationale; that excuse didn't work in the Garden of Eden and, despite what the Serpent said, the buck does stop with you.

But, how can the infliction of physical discomfort convey love and impart wisdom to an otherwise petulant soul? Corporal punishment is inflicted in a myriad of forms, spanking, paddling, and dad's worn leather belt come to mind. It's never pleasant, and it inflicts pain of different orders on the recipient as well as on the parent who feels compelled by the deepest impulse of love. A parent, who at least has the wisdom of experience, punishes to divert a child from the pain of consequences far more severe than the brief infliction of momentary physical discomfort. Wouldn’t a rational person, compelled by the most rudimentary feelings of sympathy, judge that the momentary pain of shoving a person out of the path of a speeding car is preferable to being crushed under its’implacable wheels? It is also important to understand that the discomfort of corporal punishment should only be brief. Obviously, lasting pain or injury is indicative of abuse.

Sometimes, the only remedy for impish pride is the experience of a moment of humility. Love does not countenance rebellion that leads to spiritual destruction. In fact, a fundamental characteristic of love is doing the difficult work of discipline. The Bible is clear on this point, “He that spareth his rod hateth his son: but he that loveth him chasteneth him betimes.”Proverbs 13:24

Furthermore, a society populated by people that have learned at home how to govern their own pride and passions are essential to the functioning of a democratic republic. Simply put, only a self-governing, self-restrained people are capable of possessing political liberty. A free man must be his own despot. This self-governance must be taught at home and, when necessary, imparted by a parent’s dispassionate chastisement.

Ideally, the family should represent the church and Christ’s relationship to her. In this way, familial relationships are to be governed by the same kind of love that Christ manifests. Within this context, corporal punishment must be understood as an instrument of love whereby a parent seeks to judiciously impart a physical punishment measured and restrained by the very love of Christ Himself. Understood this way, abuse is utterly preposterous.

It is hardly an act of love to allow a child to blunder through the vagaries of life, into and out of a forest of miseries without imparting discipline measured by Christ-like love and proportioned to the particularities of temperament. Only love can impel a parent to punish a treasured child who careens toward the abyss. Corporal punishment may be the only action which imparts one of life’s most precious lessons, that the universe is rational and that immoral actions redound to destruction.

Modernity posits an irrational universe, where consequence is merely coincidence; this has led generations of Americans into self-destruction. Substance abuse, suicide, and every other form of hedonism and despair rampant in our society result from the nihilism of the irrational. Children intuit that things are governed by a moral law and they seek to find that order expressed in the family. Where children are left to seek out the limits of moral order on their own, they are seized by the terror of boundlessness and press against nature’s moral law in order to grope after its form. Just as a river overflowing its’natural bounds becomes wildly destructive, so children are often consumed in destructive behavior when not bounded by the loving discipline of their parents.

The effects of progressive irrationality and moral perfidy are clearly observable in the American penal system. The progressives have supplanted notions of punishment and justice with rehabilitation. The criminal is deemed to not be ultimately responsible for his or her immoral and anti-social acts. The criminal is merely a product of environment and should, therefore, be completely amenable to reeducation. The results are a penal system overflowing with recidivists and a society rife with violence and plunder. The secular rehabilitation model only serves to manufacture an educated criminal. Punishment actually serves the interests of justice and more directly addresses the true cause of criminality—the evil heart.

The modernists and progressives are the real instruments of abuse. It is utterly barbaric to send children off to wander in a moral wasteland, to dispassionately witness their struggle for meaning, and to offer no guidance as they grope in the dirt like blind beggars after the truth. Today it has never been more true, spare the rod and despoil the child.

Finally, Christ himself correlates corporal punishment with His own acts of correction in a Christian’s life. “For whom the Lord loveth he chasteneth, and scourgeth every son whom he recieveth.” Hebrews 12:6. If parents don’t discipline their children, God’s moral order certainly will. But, the lessons could be bought at a terrible price. “And whosoever shall fall on this stone shall be broken: but on whomsoever it shall fall, it will grind him to powder.” Matthew 21:44