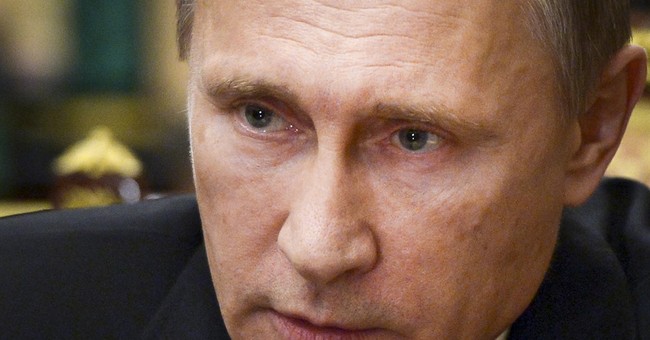 A growing body of information continues to confirm that Iran has their eyes not just on nuclear weapons, but on a means for delivering them. Inadequately noted in the mainstream press, Iran announced and Russia confirmed sale of a highly-developed missile defense system to Iran – the Russian S300 missile. Nor is this sale planned and pending; it is real and approaching full delivery. So, aside from the increasingly enigmatic “Iran Deal” which Secretary Kerry and the Obama Administration perplexingly characterize as guaranteeing the best protection agreement possible for the United States and our allies, there is another growing contagion: Missile sales by Russia to Iran.

What the Iran-Russia missile deal for S300s tells us is two things. First, Iran wants missiles to protect its nuclear program, which in turn means that Iran must have the intent to essentially weaponize their nuclear program. The current variants of the S300 provide a world-class response to attacking aircraft, cruise missiles, and even ballistic missiles. Operational and capable surface to air standoff capabilities around nuclear sites would be a significant defensive counter to any attempt by the global community to react appropriately to Iran deal-breaking maneuvers. Second, Russia sees no international, geopolitical or even any internal reason to hold back in missile sales to Iran, drawing a straight line from the S300 to the sale of heavy lift missile capability to Iran.

The extremely capable Russian heavy-lift rocket engine – and the one Iran most likely wants – is the RD-180 engine. Until recently the United States had set a pick on these engines. For some twenty years now we have committed to buy, and the Russians have agreed to sell, virtually the entire annual production of the RD-180 to us.

That pick, that insurance policy, that wise and calculated move by the U.S. Air Force and U.S. Congress, preserving the heavy-lift RD-180 engine for purely American uses (chiefly satellite launches), ended abruptly last December. Slowly, the national security community is beginning to realize how hollow a victory it may be to shave some foreign currency off the Russian economy at the expense of giving Iran – and possibly other adversarial actors – the heavy lift capability they want to assert their power, influence regional affairs and demand acquiescence by the global community. We are also left scrambling, at best, to find a way to put our own heavy-lift national security payloads up.

The cold fact is that we do not now possess a substitute for the RD-180. Should we be using U.S. produced engines? Yes; and we are racing to have that reality by 2019. But it is 2019 at the earliest. Meantime without the RD-180 There is no American engine to power our own heavy launch missions, such as the deployment of national security satellites into high orbit. Even if a U.S. variant were available today, the engineering modifications needed to allow our current platforms to accept any substitute engine would still almost certainly push the launch-ready timeline to or past 2019.

The debate on how we have constructed the diplomatic and national defense trap that has snared only ourselves in the situation of having to rely on Russian heavy-lift rocket engines for our own national security needs to happen, but there is a more immediate need - the need to continue to acquire the RD-180 in the near-term. In addition, the debate on how we have allowed Iran to continue to work to acquire a terrifying nuclear weapons capability needs to continue, but there is a more pressing need - the need to stop Russia from being able to sell and Iran from acquiring the engine with the proven capability to deliver a heavy conventional, chemical, biological or nuclear payload to Israel or even farther.

Will the Iran-Russia missile marriage go through? It appears to be done on the S300, and even wise foreign policy and security minds see no way to back that one off. But the even more terrible missile marriage can be still stopped on the more lethal, objectively unthinkable sale of the Russian heavy lift rockets to Iran.

Coherent national security policy demands understanding how the entire world puzzle looks when fit together, not just the appearance of a single piece. Congress needs to recognize the Iran-Russia-Missile connection and then staunch it, by reaffirming – rather than revoking – American access to these Russian engines. That may take an eleventh-hour rider to some desperately important piece of legislation, but pausing to see the world as it is – and correct what one can, is worth the time. Of course, sanctions have their place, but so does coherent American national security policy. And we should never trade the former for the latter.