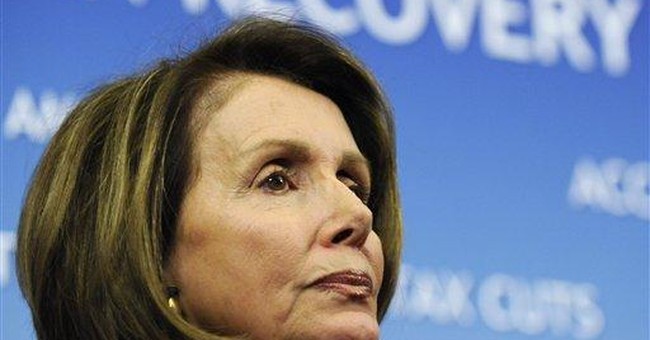 A recent correction published in the New Orleans Times-Picayune: "A story in Monday's paper about James Carville's class at Tulane University wrongly attributed the quote 'We hate the bastards' to Betsy Fischer. It was Carville who said it."

What do Miss America 2009 Katie Stam and House Speaker Nancy Pelosi have in common?

Besides being brunettes, they're among the many VIPs on the guest list for Wednesday's 65th Annual Congressional Dinner, sponsored by the Washington Press Club Foundation.

Since everybody knows everything about Mrs. Pelosi, we will report that the recently crowned 22-year-old Miss Stam, a dinner guest of Congressional Quarterly (CQ), hails from Indiana, attends the University of Indianapolis (she wants to become a TV reporter/anchor), is national goodwill ambassador for the Children's Miracle Network and official spokesperson for Zerosmoke, and she can sing to boot.

The Columbia Journalism Review (CJR) is coming down hard on former Senate Majority Leader Tom Daschle's nomination to become the next secretary of Health & Human Services.

"Only the naïve would expect a public official to be pure as an angel these days, what with today's ... cash dangled before legislators by special interests which have much to gain (or lose) from governmental decisions," writes CJR's longtime contributing editor Trudy Lieberman, referring to President Obama's second Cabinet appointment of late "to forget about his taxes - but in the euphoria generated by a new administration, apparently neglecting one's taxes is forgivable as long as they eventually get paid."

But "perhaps the most significant revelations," she continues, are that Mr. Daschle received more than $390,000 for speeches to groups such as America's Health Insurance Plans, the latter a likely "key force" in determining whether health care reform occurs during the Obama administration.

"All this is a bit unsettling," says Miss Lieberman. "In our profession, most media outlets long ago cracked down on speaking fees paid to journalists who sometimes addressed similar groups. The justifiable fear was that reporters who took speaking fees might be subtly ... biased toward those who gave them money, and that would affect how they reported on their benefactors when it came time to do the tough story."

The ailing Sen. Edward M. Kennedy, Massachusetts Democrat, says nobody is more deserving than newly retired Virginia Sen. John Warner of having the U.S. Navy name the next Virginia Class submarine in his honor, given the fact that Mr. Warner volunteered to serve in World War II at the age of 17 and went on to become secretary of the Navy.

"I'm sure the USS JOHN WARNER will display the same fighting spirit in years to come that we've seen from John during his long and illustrious career," Mr. Kennedy says.

Dolly Parton isn't eyeing the post of education secretary, but perhaps she should.

The singer and philanthropist created a free book distribution program about a dozen years ago in which every child in her home of Sevier County, Tenn., received a free book until the age of 5.

"We started out to help the high school dropout rate, and we did, too. In fact, we were able to change it from over 30 percent to less than 6 percent in about five years," she noted.

Miss Parton will speak about her work in education during an appearance at the National Press Club next Tuesday.

"American Idol" winner David Cook just kicked off the USO's year of entertainment by performing for troops serving on the "front lines" at seven U.S. military bases in the Persian Gulf.

Continuing to volunteer his time for America's soldiers, we also see, is "CSI: NY" actor Gary Sinise and his Lt. Dan Band, which wrapped up a two-day USO entertainment tour this past weekend.