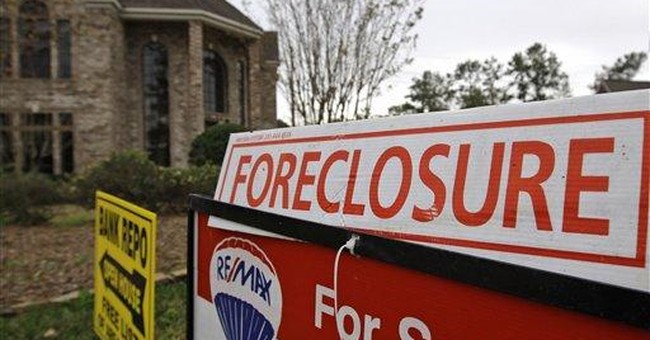 Headline of our column item two years ago: "A Steal."

After all, the late President Gerald R. Ford's longtime residence in Alexandria, which had languished on the market for 10 months, suddenly was "Reduced $100,000" to $899,000, announced McEnearney Associates, Inc.

That price reduction certainly should have sold the "National Historic Landmark," right? Figure that the nation's 38th president lived at 514 Crown View Drive for nearly two decades — from the time he was a congressman from Michigan, while vice president, even for the first 10 days of his presidency.

In other words, the three-level, four-bedroom brick-and-wood house with a "gigantic swimming pool," knotty-pine kitchen, and classic pink bathroom actually served as the White House during the crucial period following the surrender and retreat of Richard M. Nixon.

Who knew in 2007 that the country was headed into one of the worst real-estate sales' slumps in our lifetime?

Now, two years later, another ad is posted: "Live in a President's House."

In our opinion, there's no better time to pause and reflect on Washington's words to his increasingly divided (politically speaking) young nation.

The U.S. Senate Historical Office recalls that Washington was "worn out by burdens of the presidency and attacks of political foes," until such time in September 1796 he threw up his arms and said enough is enough.

With the assistance of Alexander Hamilton and James Madison, he composed a "Farewell Address" to the nation designed "to inspire and guide future generations." His principal concern was for the safety of the eight-year-old Constitution, fearing that the stability of the Republic was threatened by "political factionalism."

"Writing at a time before political parties had become accepted as vital extraconstitutional, opinion-focusing agencies, Washington feared that they carried the seeds of the nation's destruction through petty factionalism," explains the Senate historian.

Friday's maiden speech on the Senate floor of newly elected Sen. Mark Udall of Colorado was uncommon, given the Democrat didn't speak about specific legislation, rather "the perils we face, and my sincere hope that we will address the critical issues … with less rancor … to bridge the partisan divide."

Mr. Udall bucked the tradition, as he put it, "in which freshmen senators took some considerable time before … opening their mouths, and hoping to enlighten their wiser and more experienced colleagues."

Former Vice President Dick Cheney, in his recent exit-interview with CNN's Wolf Blitzer, sought to compare today's economic crisis to the "malaise" of the late 1970s, when Jimmy Carter ruled the roost.

"There was not a crisis," Mr. Carter now answers Mr. Blitzer. "There was a very bad international situation because Iraq invaded Iran. And the world lost all the oil that had been coming out of both of those countries so inflation was rampant and it was bad.

"But it wasn't any crisis like this with very high unemployment and the prospects of future very bad but also with the banks failing and major corporations going under and untold numbers of unemployed. And I think by the end of this year we'll probably see the unemployment rate go up more."