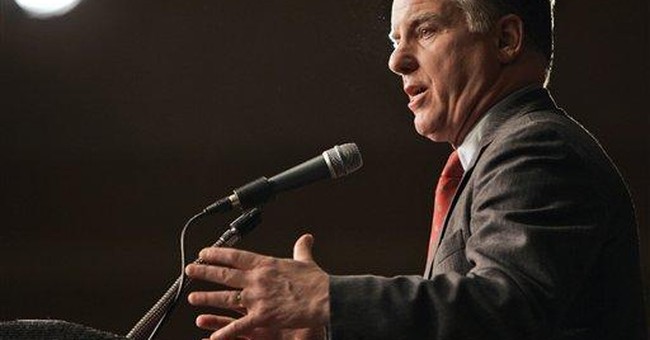 While Sens. Barack Obama and Hillary Rodham Clinton continue to duke it out for the Democratic nomination for president, Howard Dean, chairman of the Democratic National Committee, is trying to refocus some of his party's negative attention on Republican candidate Sen. John McCain.

"John McCain wants to stay in Iraq for 100 years. He's said it, and it's on tape," Mr. Dean recalled this week, although he opined that the McCain camp "viciously" attacks anyone who references the 100 years comment as "deliberately misleading voters."

So Mr. Dean has taken Mr. McCain's "own words" — video of him saying that 100 years would be "fine with me" — and made a TV ad for Americans to watch this week when they otherwise would be tuning in to the Obama-Clinton saga, which as the DNC chairman knows all too well is growing uglier by the day.

That was Imperial College of Science and Oxford-educated Iain Murray, senior fellow in energy, science and technology at the Competitive Enterprise Institute, delivering a Heritage Foundation lecture yesterday on his new book, "The Real Inconvenient Truths: Seven Environmental Catastrophes Liberals Don't Want You To Know About — Because They Helped Cause Them."

You can read all seven catastrophes in the book, but as for one of them, Mr. Murray addresses Al Gore's "crusade" against global warming and as an aside examines whether the former vice president practices what he preaches.

He does, doesn't he?

"Of course not," says the author. "At the end of 'An Inconvenient Truth,' Al Gore outlines some things the individual can do to 'make a difference' about global warming. First and foremost among these is cutting the energy you use at home.

"The Tennessee Center for Policy Research performed a home energy audit on the former vice president and revealed him to be a Class A hypocrite," Mr. Murray states. "In 2006, Gore devoured nearly 221,000 kilowatt-hours (kWh) — more than 20 times the national average. Last August alone, Gore burned through 22,619 kWh — guzzling more than twice the electricity in one month than an average American family uses in an entire year.

"As a result of his energy consumption, Gore's average monthly electric bill topped $1,359."

Because the St. Jude Medical Foundation underwrites the Larry King Cardiac Foundation's annual fundraising dinner in Washington, every dollar spent by guests goes directly to treatment for patients. Which ought to make performances Saturday night at the Ritz-Carlton in Washington by Seal (no word on whether the singer's Victoria's Secret supermodel wife Heidi Klum will be in attendance — we're told she's heading from Los Angeles to Europe) and comedian Darrell Hammond even more enjoyable.

This weekend's gala marks the 20th anniversary of the foundation, hosted by CNN's talk-show host Larry King and his wife, Shawn.

Chrysler chairman and CEO Bob Nardelli is this year's Gerald S. Snyder Heart Award recipient. On hand to present the honors will be Washington Redskins owner Dan Snyder, whose father is namesake for the annual tribute.

It was 208 years ago that President John Adams approved the appropriation of $5,000 for the purpose of "such books as may be necessary for the use of Congress."

As Senate Republican Leader Mitch McConnell recalls today, the library was set up in what is now the reception area of his leadership office.

"The original collection included just 740 volumes and three maps, which were stored right here in the Capitol," he notes. "When British troops burned the Capitol building in 1814, they used the books and maps of the library to ignite the flames, and all 3,000 volumes of the collections were destroyed."

An amused Mr. McConnell hasn't forgotten the day when then-British Prime Minister Tony Blair addressed a joint session of Congress and "he visited the leader's suite and told then-Senate Majority Leader Bill Frist that although it was coming a bit late, he was sorry for the fire incident."

The library remains the largest in the world, with a staff of more than 3,500 and holding more than 138 million items — books and maps to sheet music.