Biden Called for the Border Surge, and Now He Owns It

John Kass
|
Posted: Mar 24, 2021 4:35 PM
Share   Tweet
The opinions expressed by columnists are their own and do not necessarily represent the views of Townhall.com. 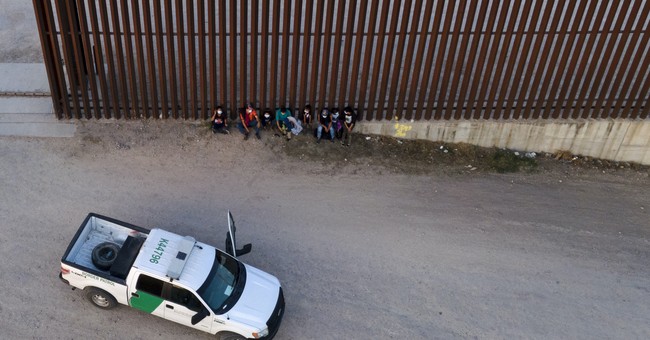 On the disaster at our southern border, I find myself, oddly, in agreement with Democrats and their media mouthpieces who are so desperately defending President Joe Biden.

They've been insisting, rather frantically, that the chaos we're seeing on the border didn't just begin on Jan. 20, the day Biden was inaugurated. I agree. It did not begin in January.

It began earlier as Biden was campaigning for the presidency.

Remember, Biden was desperate to win support of the hard left that now runs the Democratic Party, eager to out-Bernie Bernie Sanders, driven to secure the favor of the progressives who now run his administration, whether he realizes it or not.

It was Biden who called for the surge. And desperate migrants heard his call as a promise that his arms would be as wide open as our southern border. His wish came true.

Now Biden owns it. All of it.

Although Biden promised transparency, he has blocked reporters' access to the holding stations as his White House staff spent months shielding him from reporters' questions by not holding news conferences. But some images of overcrowded conditions are getting out, thanks to U.S. Rep. Henry Cuellar, a Texas Democrat.

So when did the surge begin? Maybe right around the time of a September 2019 Democratic presidential debate, as Biden was accused by Univision journalist Jorge Ramos of supporting deportations of illegal immigrants when he was vice president in the Obama administration.

Ramos: "Are you prepared to say tonight that you and President (Barack) Obama made a mistake (on deportations)? Why should Latinos trust you?"

Biden answered by criticizing Donald Trump's handling of migrants at the border, defending Obama's, and adding:

"I would in fact make sure that there is, that we immediately surge to the border -- all those people are seeking asylum. They deserve to be heard," Biden said. "That's who we are. We're a nation that says, 'If you want to flee and you're fleeing oppression, you should come.'"

Flee they did. And come they did, surging. Some came wearing T-shirts reading, "Biden, please let us in."

"They see him as the migrant president, and so many feel they're going to reach the United States," Mexican President Andres Manuel Lopez Obrador said of Biden in an exclusive report by Reuters. "We need to work together to regulate the flow, because this business can't be tackled from one day to the next."

All that ended. Homeland Security Secretary Alejandro Mayorkas said that this year the U.S. is on pace to see more illegal border crossings than it has seen in 20 years.

Just days ago, ABC News reporter Martha Raddatz was at the border, commenting in her piece that the surge began after Biden ended the "Remain in Mexico" policy and noting that the tent cities emptied out as people began streaming into the U.S.

At a Catholic charities site in Tucson, Arizona, she interviewed a man who brought his family up from Brazil. He thanked Biden. He was asked: "Would you have tried to do this when Donald Trump was president?"

"Definitely not," he said. "... We used to watch the news and I definitely wouldn't do this."

Raddatz: "So, did you come here because Joe Biden was elected president?"

"Basically," he said. "The main thing was the violence in my country and the second thing was Joe Biden."

There is so much in this drama at the border that is instructive if Americans could think past the COVID-19 anxiety and the federal government flashing those relief checks at them.

As the border is overwhelmed, as Rep. Cuellar's photographs attest, you might want to consider those pundits who shrieked in moral outrage at Trump for those "kids in cages" photographs. But some of those photographs were actually taken by The Associated Press in 2014 during the Obama/Biden administration, an AP fact check found.

And now many pundits who felt outrage at Trump have gone silent for Biden.

Politicians do what they do best. They point fingers. Republicans who for years closed their eyes to immigration issues, illegal or otherwise, because business wanted cheap labor and leverage against higher wages for unskilled workers, are now conveniently upset. They call it a "crisis."

Democrats call it a "challenge." Once, Democratic politicians opposed illegal border crossings, back when they sought to protect the working class. But they've abandoned the tradesmen, the working class, and now consider them as threats, either "deplorables" or "Neanderthals." What Democrats see in this surge is a wave of potential new Democratic voters. And those wearing the Biden T-shirts show they will be.

How Democratic political leaders smooth all this out with Black Democratic voters, many of whom see an influx of immigrants as a threat to their status in the party and to jobs and opportunity, is yet to be determined.

It just might be that what Biden wrought on the border is not a crisis or a challenge but a planned disaster.

When it comes to porous borders and a surge of the desperate, it's all policy, not coincidence.

There are no coincidences in politics.