John Kass
|
Posted: Feb 18, 2016 12:01 AM
Share   Tweet
The opinions expressed by columnists are their own and do not necessarily represent the views of Townhall.com. 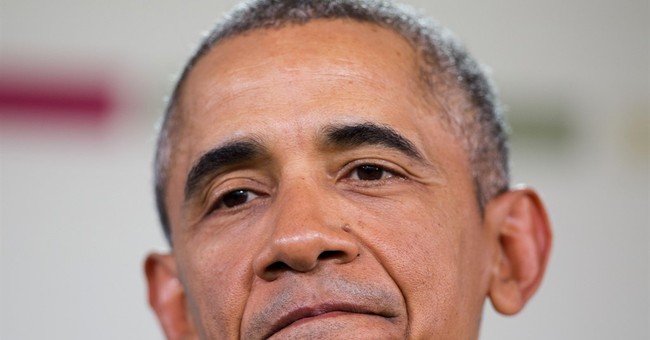 There is a fair way to deal with the political battle over replacing the late Supreme Court Justice Antonin Scalia:

Let the people decide in the November elections.

Let the people choose a president in 2016, and senators -- nine U.S. Senate seats are said to be in play -- and go on from there.

If the American people want a liberal, activist Supreme Court legislating from on high as the supreme branch of power, they'll decide that in November.

And if they want a reserved, more conservative court, one that doesn't dictate to the legislature or goes out of its way to supersede legislative (meaning the people's) prerogative, Americans will decide that too.

Some of the more eager liberal mouthpieces have pulled out their hair in faux rage, saying the Republicans are treating the president with disrespect. They forget Democrats play the game the same way. Perhaps they forget how Democrats turned Bork into a verb.

If you don't know how Bork became a verb, then you might feel compelled to reconsider whether the president is being disrespected here. But that won't stop anyone from voting in November, will it?

What's difficult about all this is that Scalia's death comes as America's political center is weakening, if not beginning to implode.

That the death of one man could cause so much uncertainty in the republic -- and refocus the upcoming national elections as a referendum on the Supreme Court -- is testament to the state of our union: angry, uncertain, volatile, distrustful, susceptible to wide swings and messianic political appeals, factionalized into furious needy tribes.

That's where we are now. Yet for all the Democratic and Republican establishment guilty hand-wringing, our founding fathers understood something many years ago that is critical to this discussion.

They understood human nature. They were experts at it. And they didn't merely bring theory and dry words from ancient clay tablets to their debates in Philadelphia as they pondered what kind of nation we'd be. They knew human needs. They knew the need to restrain human passions. And that is why they left us the Constitution, to protect our liberty at times such as these.

These days, anger keeps rising among the people. They feel they've been betrayed by the political establishment of both parties. And why do they feel this way? Because it's true.

Their jobs have been shipped overseas, there have been a series of seemingly endless wars, America seems listless or powerless overseas, the nation ages, becomes less optimistic.

What worries me is that there seems to be a growing acceptance that if we can't adapt and earn our own individual happiness, we'll just use politics and government -- and the U.S. Supreme Court -- as a club to hammer our way to sunny days on the Big Rock Candy Mountain.

That's been growing for some time now. We're ripe for it.

But now it comes from the left, too, as crowds throng to feel the Bern, and so the high priests of journalism have come to realize the anger is legitimate.

And the messianic wave that President Obama rode to the White House years ago continues. When Obama secured the Democratic nomination, he offered that famous, somewhat frightening speech in Minnesota in 2008.

That was the speech in which Obama literally promised the seas would calm and the planet would heal as he ascended to national power. You can't get any more messianic than that.

Now Donald Trump on the right -- although I hope he implodes -- and Bernie Sanders -- who is too leathery to melt -- on the left offer a similar messianic approach. High on rhetoric, low on specifics. With Donald and Bernie it's mostly about feeling.

So they appeal to the anger and offer themselves as authentic. "Authenticity" is the new journalistic buzzword these days. You can't turn on a TV political show without hearing it. Although just a few years ago the TV talking heads stroked their chins of wisdom and talked of "gravitas." It was gravitas this and gravitas that. And now it's authenticity this and that.

No wonder voters search for candidates who will go to Washington and slap the chin strokers in the mouth.

America's political left considered Scalia a demon because he didn't give them what they wanted, though his liberal colleagues on the high court revered his intellect and humor.

Many conservatives have said they consider Scalia to have been a Horatius at the bridge. He was the true originalist, constantly thinking about the intent of the founders as they wrote the Constitution and the Bill of Rights.

To do otherwise, he believed, was to rely only on the opinion of human beings.

And opinion without the Constitution's original intent is just opinion, subject to wide mood swings and factionalism, whether 200 years ago or today.

Now there's an election coming up.

Let the American people decide what kind of country they want to live in. It's their country, isn't it?