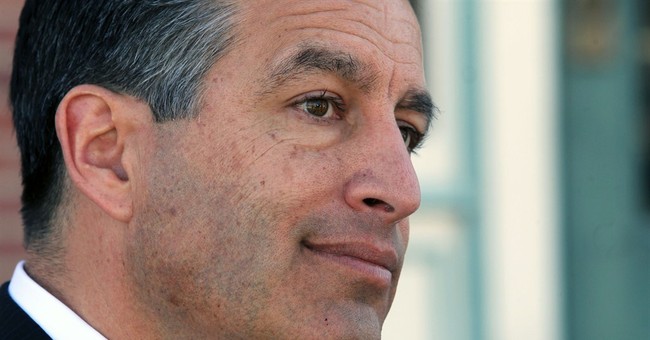 Editor's Note: This column was co-authored by Paul Blair.

Jeb Bush is vetting Nevada Republican Governor Brian Sandoval as a potential running mate, according to the Las Vegas Review Journal. Taxpayers should hope this is just a rumor pushed by Sandoval’s political consultants, because a Bush-Sandoval ticket is the 2016 tax hike dream team.

Bush did not raise taxes as governor of Florida. In fact, he cut taxes. So what is the problem?

First, Bush has enthusiastically embraced the concept of a “grand bargain” tax increase package with congressional Democrats. Testifying before the Budget Committee in 2012, he was asked by Democrats on the panel if he would accept a bipartisan ten-for-one deal containing $10 in promised spending cuts for every $1 in tax hikes. His response: “That would be wonderful. Let's see it. That would be spectacular.”

Seated nearby, Budget chairman Paul Ryan correctly noted, “The problem is the ten dollars never materializes.” This is a fact Bush should be very familiar with. His father, President George H.W. Bush, in 1990 was promised $2 in spending cuts for every $1 in tax hikes as part of a grand bargain with Democrats.

The result: the tax hikes happened, the spending cuts did not. In fact, spending went up. Bush Sr. later deemed the 1990 “Read My Lips” promise-breaking package the greatest mistake of his presidency.

Second, speaking to a group of editors and reporters at Bloomberg headquarters in New York City, Bush

Finally, the Bush camp says he will not be signing the Taxpayer Protection Pledge to the American people. In fact, his camp refuses to answer the question of whether he would even make a general verbal commitment promising not to sign a tax increase. It’s fine to run on a campaign promising tax cuts, which Bush no doubt will. But good offense must be paired with good defense. If Bush gets the nomination and eventually serves for eight years, there’s no telling the pressure he’ll be under by congressional big spenders and the establishment media who reliably heap praise on “thoughtful” politicians who raise taxes. Given Bush’s pre-existing condition, taxpayers have cause for concern.

And then there’s Gov. Sandoval. When he ran for governor in 2010, he too faced primary opponents who had signed the Pledge. He verbally assured GOP primary voters that he would not raise taxes or extend a package of “temporary” tax hikes from 2009 that were scheduled to expire in 2011. Voters were asked to read his lips, no new taxes. But he wouldn’t put it in writing.

It took only four months in office for him to break that “promise.” He pushed for and signed an extension of those temporary tax increases, valued at over $600 million and set again to expire in 2015. At the time, Nevada conservative activist Chuck Muth of Citizen Outreach noted, “that tax hike is set to expire in 2015...considering how he reneged on his verbal promise to the voters last year, we’d feel a whole lot better this time around if Gov. Sandoval would sign the Tax Pledge this year. Fool us once…”

Sandoval did not sign the Pledge when he ran for re-election last year. He did, however, spend the year campaigning to defeat a teachers union-backed Education Initiative aimed at establishing a Nevada margins tax. He told voters at the time, “The margins tax, if approved, will jeopardize Nevada’s recovery.” That initiative was defeated with nearly

Enter 2015. Sandoval’s two year budget contains the largest tax hike in Nevada history. Not only has he proposed extending the “temporary” taxes forever, he proposed his own margins tax, similar to the one he told voters would deal a “fatal blow” to businesses during the campaign last year, and a cigarette tax increase. Fool us twice.

Gross receipts and margins taxes are among the most economically destructive taxes in America. They result in tax pyramiding and the historic trend has been to replace them with more neutral, lower, and broadly applied taxes. That’s at least what Sandoval seemed to be saying last year.

Sandoval ran twice for office asking voters to read his lips. He told them he opposed tax hikes. Twice he was proven to be a liar. His refusal to sign the Taxpayer Protection Pledge now makes sense.

"The tax pledge is a political weather vane,” Muth said. “It’s the most accurate predictor of how a candidate will actually vote once in office. A candidate who refuses to put his commitment to oppose tax hikes in writing is far more likely to raise taxes than candidates who do. Brian Sandoval is a textbook example.”

John Kartch is VP of Communications at Americans for Tax Reform. Paul Blair is the organization’s state affairs manager.