Sorry, Liberals, There Are No Oppressed Americans

John Hawkins
|
Posted: Mar 18, 2017 12:01 AM
Share   Tweet
The opinions expressed by columnists are their own and do not necessarily represent the views of Townhall.com. 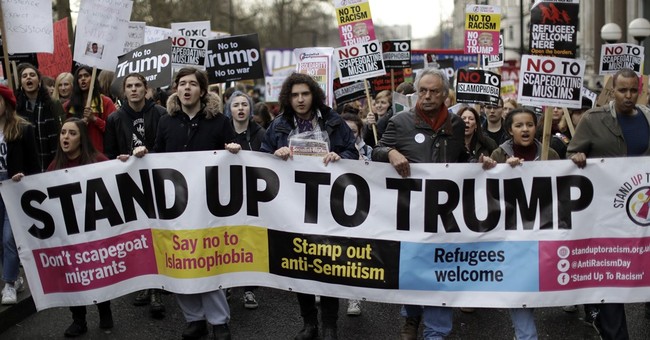 It’s sad to see so many Americans turn into losers, pathetically demanding to be treated as victims, all so the emotional vampires on the Left can feel better about themselves for helping such pathetic sad sacks.

Liberals LOVE for people to think of themselves as victims. They love for people to go through life furious, upset over things most people wouldn’t even notice. They need you alienated and angry so they can control you and turn you out at the polls, so they can get their sick little self-esteem boost for helping a poor little mediocrity like you.

As consolation, you can half-ass your way through life and chalk up your failures to “white racism,” “those hypocritical Christians,” or “the patriarchy.” You can live with the illusion that, like Elizabeth Cady Stanton, you’re fighting for women’s rights, or, like Martin Luther King, you’re trying to reform a society teeming with racism -- but that only makes you sound like a joke. Stanton was fighting for women’s right to vote. Today, feminists whine about having to pay for their birth control. Martin Luther King was fighting for equal rights, and today liberal “black leaders” spend their time bitching about whether hoop earrings are cultural appropriation. There are legions of liberal Don Quixotes jousting with windmills and pretending that the trivia they obsess over gives meaning to their victimhood-centered lives.

As an extra added bonus, you get to be the person who stops all the fun when you walk in the room. You get to be the one always accusing random white people of using white privilege or explaining that eating Chinese food is cultural appropriation. You get to be the one throwing out fake statistics (“There’s a huge spike in wife beating on Super Bowl Sunday.”) and constantly playing the “I’m more sensitive than you” game. People have to hold back jokes and to walk on eggshells around you because they don’t want to listen to your tedious lectures about how they’re not “woke.”

There are whole communities that have been governed by black liberals for decades that blame all their problems on white Republicans -- all because people grow to love that victimhood. They love that ready-made excuse for every problem in their lives. It isn’t because they didn’t go to college and they talk like they’re ignorant that they can’t get a job; it’s racism. Black Americans aren’t going to jail in higher numbers because they’re committing more crimes percentage-wise; it’s racism! Americans are sick of Barack Obama? Must be racism. They can sniff out hidden racism like a drug-sniffing dog on a pack of cocaine, but they can’t ever admit that 95% of their problems are self-created, just the same as they are with every white American.

There are women, gays, and minorities around the world dying to get into the United States. The ones that get the opportunity to do so legally spend thousands of dollars and put up with years of paperwork to come here. You think that’s because it’s such a racist, sexist, oppressive country? It’s ridiculous. It’s silly.

It’s not a white thing or a black thing, a male thing or a female thing, a conservative or liberal thing. If you’re a conservative white male who blames all the problems in your life on black people, you’re a loser. If you’re a liberal black woman who blames all the problems in your life on white people, you’re a loser. If you’re a woman who blames all the difficulties in your life on “the patriarchy,” you are a loser. In life, if you’re going to be not just successful, but happy, you hold yourself responsible and take care of your own issues. If you don’t like how something in the world is, you try to change it, but you don’t whine and cry and talk about how terrible life is for you because you were born the wrong race or sex. Hold yourself to a higher standard than that. Look for the opportunities that often get missed because they require some work. Be a better person and stop lying to yourself about oppression in the least racist, most welcoming country in the history of humankind.