Why This Former Trump Fan Doesn’t Support Him Anymore

John Hawkins
|
Posted: Jan 26, 2016 12:01 AM
Share   Tweet
The opinions expressed by columnists are their own and do not necessarily represent the views of Townhall.com. 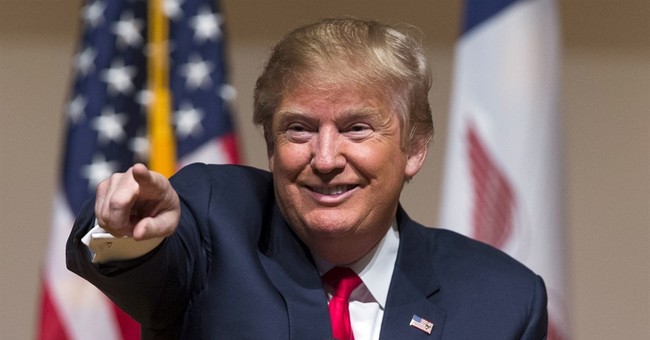 I understand why people like Donald Trump because I was a big fan of his as well.

I loved the fact that he’s a charismatic, politically incorrect fighter and a successful businessman. I am also genuinely grateful to him for changing the debate on immigration and starting a conversation about Muslim immigration that we should have had a long time ago. I don’t believe a ban on Muslim immigrants would ever pass Congress nor do I think it’s practical (How would you realistically implement it?), but I do think blocking future refugees and immigrants from countries where Al-Qaeda and ISIS hold sway is more doable because of Trump. That’s a little ironic because he was initially in favor of bringing in Syrian refugees, but it’s true. Additionally, after years of being ignored, scorned and poorly represented by Republican leaders in Congress, it’s nice to have a politician who actually goes overboard to pander to conservatives.

Additionally, I find it OFFENSIVE when Trump is called a fascist or people attack his supporters. At the end of the day, to beat Trump you have to convince his supporters to go elsewhere. You don’t do that by insulting people for their choice of candidates.

That being said, the support for Trump reminds me of an old Jeff Foxworthy joke that went something like this.

When you have genuine affection for someone, it’s easy to block out his faults. In Trump’s case, this is being taken to such an extreme that it’s starting to feel like we’re in Jonestown a few days before the Kool-Aid is handed out. Tell me I’m wrong if you like, but even Trump made reference to that when he said,

“And you know what else they say about my people? The polls! They say I have the most loyal people. Did you ever see that? Where I could stand in the middle of 5th Avenue and shoot somebody and I wouldn’t lose any voters. It’s incredible.”

Since when do conservatives engage in this type of blind loyalty towards ANY politician?

Similarly, Donald Trump talks incessantly about polls that are favorable to him, but the polls have also consistently shown that he loses to Hillary Clinton. Worse yet, his favorable/unfavorable ratings are 33/58. That’s the same as Jimmy Carter in early 1980. It’s WORSE than Walter Mondale. Trump even has a higher unfavorable rating with the general public than Nixon AFTER Watergate. It would be easier to rehabilitate Enron’s image than to make Trump President with those poll numbers.

Saying that a candidate with those poll numbers couldn’t win an election without a miracle is something that anyone who knows something about elections would normally agree on.  Yet, with Trump, many people seem unfazed. Basically, they think he’s going to use some kind of “Trump magic” that will guarantee a victory.

The problem with that is that successful though Donald Trump may be, he fails all the time. He’s had four bankruptcies. Then there’s Trump steaks, Trump Vodka, Trump the Game, Trump Magazine, Trump Mortgage, Trump Airlines, Trump University, Trump Casinos, the New Jersey Generals and happily, he also lost a lawsuit and was unable to take a widow’s home via eminent domain so he could build a limo parking lot. Trump has been a successful businessman, but an awful lot of investors who put money into his ill-advised projects because they just assumed he’d find a way to win have gotten burned doing business deals with him. Again, barring a miracle, that’s what would happen to all of his supporters if he becomes the GOP nominee in 2016. Many of them don’t see it for the same reason Ron Paul’s fans couldn’t see it in 2012. Sure, Paul had a diehard following that voted for him in Internet polls and showed up at his events, but he alienated too many people to ever win a general election while he was building up his fanbase. Trump has done the same thing, except a little bigger and better.

Getting beyond that, early on, I was willing to give Trump an opportunity to flesh out his policies and prove he’s a conservative. Unfortunately, he never did that and there’s little reason to think that a man who has switched political parties 5 times in his life and has never voted in a Republican primary suddenly became a diehard conservative in his mid-sixties. People who wouldn’t buy this from any other politician are swallowing it hook, line and sinker with Trump even though his positions on some issues have switched from week-to-week.

Keep in mind that the most consistent political position Donald Trump seems to have held over the last 15 years is that we need a full government takeover in healthcare, which incidentally, would be WORSE than Obamacare. Trump was still pushing that less than six months ago, but now says he supports a free market plan. Do you believe him? If so, why?

In 2013, Ted Cruz was leading the fight against Marco Rubio’s gang-of-8 amnesty bill while Trump was talking up amnesty, the Dream Act and comprehensive immigration reform. Nobody with half a brain in his head would believe any other politician claiming to be tough on immigration if he was fighting for amnesty three years ago. So, why believe Trump?

After having read several of his books, I can tell you that Trump has core principles that he believes in personally and in business, but that doesn’t seem to be the case with politics. Since Trump is first and foremost a dealmaker, what makes you think you’d like the deals someone who doesn’t share your principles would cut on your behalf any more than you liked the deals John Boehner made? What makes you think Trump would be any different than another celebrity like Arnold Schwarzenegger who talked a good game and then ended up governing from the left-of-center once he was in office?

Also, as entertaining and successful as Trump may be, he doesn’t have the right temperament to be President. It’s a serious, sober job and even if you like him, you have to admit that he’s crude, mean-spirited, narcissistic, unpredictable and conspiratorial. Would you consider any other candidate who trashed POWs, “I like people that weren't captured,” made fun of the disabled (He’s done this more than once), said he never asked God for forgiveness and keeps making creepy comments about how he’d like to date his daughter, "(Ivanka) does have a very nice figure. I’ve said if Ivanka weren't my daughter, perhaps I'd be dating her?" Even if you’re willing to overlook those comments because you love Trump so much, people who aren’t Trump fans will not give him a pass. That will be doubly true after the Democrats hammer him with a billion dollars’ worth of negative ads that he won’t be able to effectively respond to because even Trump admits that he doesn’t know how he would finance his campaign in a general election.

Trump also spends an inordinate amount of time insulting people on Twitter. It amazes me that anyone complains about people hammering Trump when these are just some of the comments on his Twitter account over the last three days….

"@Rketeltas: Rubio isn't experienced enough to be Commander in Chief. Rubio is a carbon copy of Obama. We need a true leader Vote Trump"

"@M0ther0f2kids: @meetthepress @NBCNews @clewandowski Everyone B smart! U know deep down Trump is the ONLY 1 able to best LEAD"

A wonderful article by a writer who truly gets it. I am for the people and the people are for me. #Trump2016…

"@realOllieTaylor: Isn't it time we had a president? Let goofy Glen keep Canada Cruz who can't win. The American people have Trump!"

"@WhiteGenocideTM: @realDonaldTrump Poor Jeb. I could've sworn I saw him outside Trump Tower the other day! "

Trump wants to be the GOP nominee, but he sounds like one of the mean kids running for third grade class President.

Incidentally, the last tweet is from a white supremacist who spends a lot of time raving about Hitler and “Jewmerica.” Despite the fact there were numerous articles criticizing Trump for retweeting a white power nut, he did not take down the tweet. If, let’s say, you’re black or Jewish, ask yourself how comfortable you are with Trump now that he’s knowingly retweeting white supremacists?

Look at all of this and tell me that you trust someone who is this petty, immature and erratic with the responsibility of handling the IRS, the DOJ, the DHS, our military and our nuclear codes. I certainly wouldn’t. It’s fine to say that you don’t trust Sanders or Hillary either, but if even many Republicans don’t think he’s together enough to handle it, why would the American people?

It’s great to be supporting a candidate who you believe is winning, but I think back to the saying, “Play stupid games, get stupid prizes.” The prize for getting Trump to the finish line as our nominee would be losing to whomever the Democrats nominate and then watching helplessly as Obamacare stays in place, all of Obama’s executive orders stand and the Democrats pick four more Supreme Court Justices.

If we nominate Trump, we’ll have our third straight lose/lose election where most conservatives will have a candidate who doesn’t truly represent their views as the GOP nominee. Of course, if Trump is our nominee, I will vote for him and I will try to do what I can to help him win, but it would be easier to ski uphill than to get a wildly unpopular Rockefeller Republican like Trump into the White House.