20 Examples of What Liberalism REALLY Is 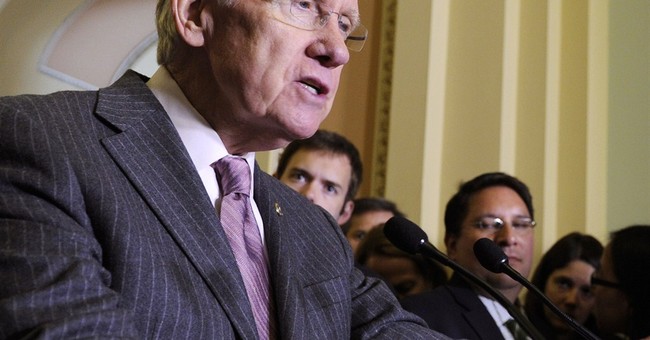 1) Liberalism is college professors and documentary filmmakers accumulating vast fortunes in a capitalistic system by decrying the evils of capitalism.

2) Liberalism is claiming that the "border is secure" while saying we shouldn't deport anyone who illegally crosses the border.

3) Liberalism is "environmental activists" flying across the world to ride together in SUVs to posh environmental conferences where they call for everyone else to live like cavemen in order to save the planet.

4) Liberalism is spewing hatred and profanity at conservative women, calling for gun control that leaves women defenseless against rapists and murderers, and celebrating misogynistic pigs like Bill Clinton while accusing OTHER PEOPLE of being engaged in a "war on women."

5) Liberalism is people who say that asking for voter ID is racist while claiming that black Americans are too uniquely stupid and lazy to get an ID.

6) Liberalism is forcibly taking money you don't deserve from the people who earned it and calling THEM greedy for not wanting to give you even more.

7) Liberalism is saying that the government should confiscate guns from NRA members and kill them if they resist and then claiming that you have no idea why they think that they need guns to defend themselves.

8) Liberalism is people who sneer at displays of the American flag, tell the world America isn't exceptional, and criticize the country non-stop while getting offended if their patriotism is questioned.

9) Liberalism is calling for higher taxes while you cheat on your own taxes.

10) Liberalism is bitter, race-obsessed people who see EVERYTHING in racial terms, accusing OTHER PEOPLE of being racists.

11) Liberalism is saying you're for "choice" because you support abortion while opposing giving Americans choices about their health care, schools, whether they want to bake cakes for gay weddings, or even the light bulbs they have in their house.

12) Liberalism is calling everyone who disagrees with you a racist, bigoted, homophobic Nazi and then calling OTHER PEOPLE hateful.

13) Liberalism is considering yourself compassionate for wanting to forcibly confiscate other people's money to give away to constituent groups you hope will vote for you in exchange for the loot.

14) Liberalism is saying George W. Bush is a monkey who started the war in Iraq to "steal their oil" while becoming furious if anyone criticizes Obama.

15) Liberalism is pretending that Christians are dangerous while radical Islamists chanting "Death to America" and advocating Sharia law are harmless little lambs.

16) Liberalism is calling for guns to be taken away from Americans while you're protected by armed guards.

17) Liberalism is millionaires who have more money than they could spend in a lifetime railing against the horrors of "income inequality."

19) Liberalism is black pundits who got their jobs solely because they're black and willing to call other people racists going on TV and claiming that white gas station attendants and fast food workers are benefitting from "privilege" because of their race.

20) Liberalism is thinking of yourself as an independent, open-minded free thinker for mindlessly parroting whatever the Democrat Party line is on every issue.