13 Quotes You Need To Read About Illegal Immigration 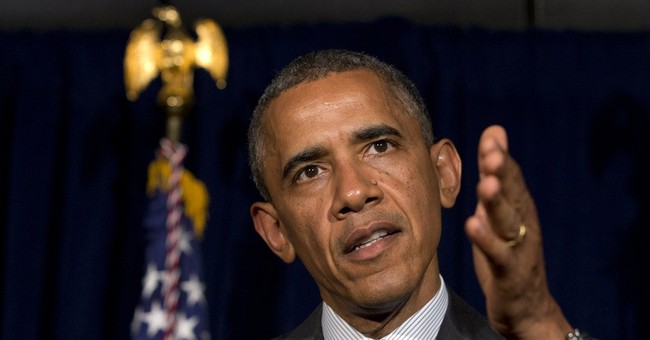 1) “Could legalizing an estimated 11 million illegal aliens tip our precarious national finances into insolvency? Could be. Robert Rector, who works on such problems at the Heritage Foundation stated, "Granting amnesty or legal status to illegals will generate costs in Medicare and Social Security alone of $2.5 trillion above any taxes paid in” (Daily Caller, January 31). Two and a half trillion dollars? Yep. That's Trillion with a T!” -- Jim Robb

2) "57 percent of all households that are led by an immigrant (legal or illegal) are enrolled in at least one welfare program." – Michael Snyder

3) “According to the California Hospital Association, health care for illegal aliens is costing state taxpayers well over $1 billion a year. Eighty-four hospitals across California have already been forced to close because of unpaid bills by illegal aliens.” – Ann Coulter

‘The law needs clarification that undocumented immigrants are not eligible,’ Sen. Charles Grassley, R-Iowa, told Watchdog.org in a statement....…The IRS has said it doesn’t believe the ACTC law allows the agency to deny payment to undocumented immigrants. Watchdog reported in June that disbursement of ACTC credits has grown rapidly — and suspiciously — with increased issuance of Individual Taxpayer Identification Numbers as substitutes for Social Security numbers. ITIN holders are not required to prove legal residency, and ITIN applications are running at the rate of 1 million a year.

...Federal investigators identified one address in Atlanta where 23,994 ITIN refunds totaling $46,378,040 were delivered. A single bank account there received 8,393 refunds. Records indicate that undocumented immigrants in Virginia received $87.9 million in ACTC cash from the IRS. Watchdog reported that $163,711 went to a single address in the tiny eastern shore town of Parksley." -- Watchdog.org

5) “Contrary to President Obama’s claims of record deportations, John Sandweg, the director of Immigration and Customs Enforcement, admits ICE deported only 134,000 illegal immigrants from the country’s interior in 2012. That figure — down 40 percent since 2009, when Obama took office — represents just 0.2 percent of the estimated 11.7 million illegals in the United States.” – Kenric Ward

6) "At least 99.92% of illegal immigrants and visa overstays without known crimes on their records did not face removal." – Jeff Sessions

7) “Of 472 civilian occupations defined by the Department of Commerce, only six are majority immigrant (legal and illegal). These six occupations account for 1 percent of the total U.S. workforce. Many jobs often thought to be overwhelmingly done by immigrants are in fact majority native-born: 51 percent of maids are U.S.-born, as are 63 percent of butchers and meat processors, and 73 percent of janitors.” -- Mark Krikorian

8) "In the fourth quarter of 2012, there were 27 million American citizens who were 18 to 65 years old, had no education beyond high school, and were not working. (This figure excludes those in jails or prisons.) If just one-fourth of them were employed, their number would nearly equal that of the illegal-alien work force outside agriculture. Some of the unemployed may lack a sufficient work ethic, but note that real wages (adjusted for inflation) for less-educated Americans have declined 10 to 22 percent in the past three decades as immigration has grown. Relative to the real wages of college graduates, the decline is even more dramatic. That less-skilled work pays so much less than what it used to likely explains, at least in part, any erosion of the work ethic among less-skilled workers.

There is good evidence that immigration has reduced wages and employment opportunities for less-educated Americans. Even more important, there is no shortage of less-skilled labor in the United States. To be sure, if employers’ access to the labor of less-skilled immigrants, both legal and illegal, were curtailed, they would have to pay higher wages and guarantee better working conditions to attract and retain native-born citizens. But improving the lives of our poorest workers, legal immigrants as well as natives, should be viewed as good public policy." -- Steven Carmota

9) “According to a Pew Hispanic Center survey released in October, just 34 percent of Latino registered voters considered immigration to be ‘extremely important’ to them. That trailed education (55 percent); jobs and the economy (54 percent); health care (50 percent); the federal budget deficit (36 percent) and barely edged out taxes (33 percent). It’s quite possible, in other words, that Republicans could back some form of amnesty for illegal immigrants, and still find that they don’t improve among this voting bloc. Also, a softer line on immigration could hurt Republicans’ ability to win over working class voters who feel threatened by cheaper labor, and working class voters are a bloc that another contingent of pundits views as crucial to GOP comeback chances.” --

10) “In 2006, the Secure Fence Act was signed into law, requiring the Department of Homeland Security to build upward of 700 miles of double layered fencing along the U. S-Mexico border. While the Obama administration is quick to state that the targets have been met, only a small fraction — in fact, less than 40 miles — of the newly implemented infrastructure is double-layered.” – Duncan Hunter

11) “You can be in the country illegally, you can have an extensive criminal history, you can have multiple criminal convictions for serious offenses, and there is nothing that we can do to touch you.” - Chris Crane, president of the ICE Council, the Immigration and Customs Enforcement agents’ union

12) "Roughly one in six illegal immigrants is re-arrested on criminal charges within three years of release, according to new government data being released Tuesday. Those charges range from murder to drunken-driving and, according to House Republicans pushing out the report, are symptoms of what they describe as a "dangerous and deadly" immigration policy. The findings, obtained by Fox News, are contained in reports by the Republican-controlled House Judiciary Committee and nonpartisan Congressional Research Service. They are the result of the committee’s subpoena request for Department of Homeland Security records from October 2008 to July 2011.

The information was analyzed by the CRS, which also broke down the information for criminal immigrants -- legal immigrants who committed crimes and were arrested again over the three-year period. Together, the two groups also had a roughly one-in-six recidivism rate. The records show 276,412 reported charges against illegal and criminal immigrants over that three-year period as identified by Secure Communities, a federal program that essentially attempts to make best use of resources by identifying and prioritizing which illegal immigrants pose the biggest threat to public safety and should be arrested or deported.

Of the 160,000 people in the database, more than 26,000 were re-arrested -- accounting for nearly 58,000 crimes and violations. They allegedly committed nearly 8,500 drunken-driving offenses and more than 6,000 drug-related violations. The records also show major criminal offenses, which included murder, battery, rape, kidnapping and nearly 3,000 thefts. Roughly 2 percent of the crimes included carjacking, child molestation, lynching and torture, according to the 13-page Congressional Research Service report." -- Fox News

13) "According to a May report of the Center for Immigration Studies, of the 36,000 criminal aliens who, while awaiting deportation, were set free by U.S. Immigration and Customs Enforcement, 193 had been convicted of homicide, 426 of sexual assault, 303 of kidnaping, 1,075 of aggravated assault, 1,160 for stolen vehicles, 9,187 for possession or use of dangerous drugs, and 16,070 for driving drunk or drugged. Those 36,000 criminal aliens are roughly equivalent to three-and-a-half divisions of felons and social misfits released into our midst. And this does not include the 68,000 illegal aliens against whom ICE declined to press criminal charges last year, but turned loose." -- Pat Buchanan