20 Signs America is in Decline 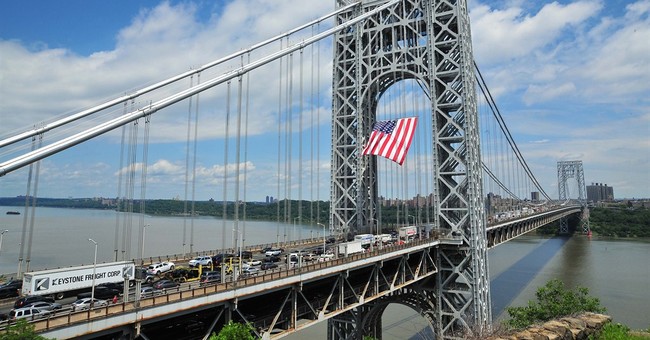 Freedom is never more than one generation away from extinction. We didn’t pass it to our children in the bloodstream. It must be fought for, protected, and handed on for them to do the same, or one day we will spend our sunset years telling our children and our children’s children what it was once like in the United States where men were free. -- Ronald Reagan

Those who attack American culture and tradition should recall that historically, freedom and prosperity are the aberrations, not servitude and poverty. Our nation's success is not a happy accident or part of a natural, unstoppable progression that can't be changed. Nothing could be more foolish than to abandon the traditions, religion, work ethic, family structure, moral code and culture that made this country wealthy and free while expecting to continue to reap the rewards of practices we now scorn as too demanding and judgmental. What we sow as a nation, we should expect to reap and the crop these days isn't looking very good.

2) Fears that America would go bankrupt in the next few years used to be a fringe belief. Now, Doomsday Preppers is a TV show, gold, guns and survival seeds are being widely advertised and vast numbers of Americans are making decisions about purchases, investments, and saving money that take into account the possibility that the country could bankrupt within the next decade or two.

3) "Half of all children born to women under 30 in America now are illegitimate. Three in 10 white children are born out of wedlock, as are 53 percent of Hispanic babies and 73 percent of black babies." -- Pat Buchanan

4) "The IMF calculates that to maintain the present spending trend the United States will have to nearly double (88 percent increase) all federal taxes to maintain theoretical solvency." -- Kevin Williamson

5) In 1963, a movie that wanted to get the approval of the Production Code of the Motion Picture Association of America "could not include any profanity stronger than hell or damn," couldn't take the Lord's name in vain, and "couldn’t present sex outside of marriage as attractive or justified." Today, even many video games targeted at teenagers don't meet those standards.

6) "Fewer Americans are at work today than in April 2000, even though the population since then has grown by 31 million." -- Mortimer Zuckerman

8) Like the Roman Empire in the decades before her collapse, America is unable to control its borders or properly assimilate vast numbers of people entering our country.

9) In 2005, roughly 10% of our Gross Domestic Product was spent on compliance with regulations created by the federal government.

10) America lost its AAA credit rating that it has held since 1917 and no one is even discussing how we could get it back.

11) Economic growth for the middle class has essentially been flat since the 1970s.

12) Forty seven percent of Americans don't pay income tax. That means not only are the poor not paying their own way, a significant number of Americans in the middle class aren't being asked to pay in taxes what they receive in government services.

13) There is a 100 trillion -- with a "T" -- gap between what our government is currently promising to pay to retiring senior citizens and the money it's on track to have. Just to give you a little perspective, our current national debt is approaching 17 trillion dollars.

14) Only about 30% of Americans think the country is on the right track.

15) Only about 15% of Americans approve of the job Congress is doing. The British undoubtedly would have had better poll numbers than that before our ancestors revolted against them.

16) "In the fifties, one in twenty members of the workforce needed government permission in order to do his job. Today it’s one in three."

18) "Consider this: the U.S. economy has created 2.6 million jobs since June 2009. In the same period, 3.1 million workers have signed up for disability benefits. Back in 1992 there was one person on disability benefits for every 36 people in employment. Now the ratio is 1 to 16." -- Niall Ferguson

19) Gun sales hit record highs in 2012. That's partially because of fears of gun control, but it's also because of a growing fear that a breakdown in societal order is coming down the road.

20) "John Kichen of the U.S. Treasury and Menzie Chinn of the University of Wisconsin published a study in 2010 entitled: Financing U.S. Debt: Is There Enough Money in the World — and At What Cost? The fact that sane men are even asking this question ought to be deeply disturbing. As to the answer, foreign official holdings of U.S. Treasury securities have usually been less than 5 percent of the rest of the world’s GDP. By 2009, they were up to 7 percent. By 2020, Kitchen and Chinn project them to rise to 19 percent of the rest of the world’s GDP, which they say is….do-able. Whether the rest of the world will want to do it is another matter. A future that presumes the rest of the planet will sink a fifth of its GDP into U.S. Treasuries is no future at all." -- Mark Steyn