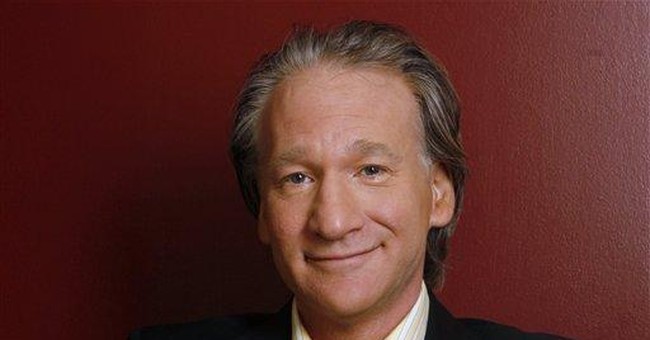 "Progressivism, liberalism, or whatever you want to call it has become an ideology of power. So long as liberals hold it, principles don’t matter." -- Liberal Fascism: The Secret History of the American Left, From Mussolini to the Politics of Meaning

“We are fast approaching the stage of the ultimate inversion: the stage where the government is free to do anything it pleases, while the citizens may act only by permission; which is the stage of the darkest periods of human history, the stage of rule by brute force.” -- Ayn Rand

One of the most disturbing things about the IRS targeting Obama's political enemies for persecution is that many liberals seem to be perfectly fine with illegitimately using the power of government to hurt their political enemies. Certainly, no one in the IRS or in the upper echelons of the Obama Administration had a problem with doing exactly that since no one at the IRS was punished for targeting Tea Party groups until a big stink was raised publicly.

This is extremely disturbing because it shows a lack of respect for the Constitution, the rule of law and even for democracy itself.

When you start to conclude that it's okay for your side to ignore the law, break the rules and defeat your political enemies by any means necessary, you're veering into dangerous territory. It's dangerous because a republic can't function over the long haul when one side of the political debate is treated as above the law. Either the law applies equally to both sides of the political debate or good people will begin to feel that they have no choice other than to operate outside the law in order to get justice.

That's not a country any American should want to live in and if you do, there’s a word for people like you: fascist. There have been countless liberals who applauded this sort of behavior online and in comment sections all over the Internet, but here are 7 more prominent liberal fascists who are fine with using the IRS to target their political enemies.

1) I think it’s entirely legitimate to look at the tea party. Here are a group of people who are admittedly racist. Who are overtly political, who’ve tried as best they can to harm President Obama in every way. -- NAACP President Emeritus Julian Bond

2) Lost in the latest political scandal is a simple fact: The Internal Revenue Service was acting in the public interest when it opted to train its auditing power on the Tea Party and affiliated groups. In castigating government as the root of all evil while portraying taxation as a form of tyranny, the Tea Party is no less than a mass celebration of the evasion of the basic responsibilities of American citizenship. Common sense alone tells you that people drawn to its ranks may feel extra temptation to find ways to limit what they surrender to the rogue federal bureaucrats who have supposedly seized the nation. -- Peter Goodman, Executive Business Editor, The Huffington Post

3) The IRS audits based on "red flags" that get their attention. If u carry big sign saying NO TO TAXES!! yea, u might get audited. -- Elayne Boosler

4) Democrats can’t say it; Barack Obama can’t say it; and the IRS certainly can’t say it, so here goes: The only real sin the IRS committed in its ostensible targeting of conservatives is the sin of political incorrectness—that is, of not pretending it needed to vet all the new groups that wanted tax-exempt status, even though it mostly just needed to vet right-wing groups.

… The crime here had nothing to do with “targeting” conservatives. The targeting was effectively done by the conservative groups themselves, when they filed their gratuitous applications. The crime, such as it is, was twofold. First, in the course of legitimately vetting questionable applications, the IRS appears to have been more intrusive than justified, asking for information about donors whose privacy it should have respected. This is unfortunate and intolerable, but not quite a threat to democracy.

Second, the IRS was tone deaf to how its scrutiny would look to the people being scrutinized, given that they all subscribed to the same worldview, and that they were already nursing a healthy persecution complex. -- Noam Scheiber, The New Republic

5) Is it unreasonable to target an anti-tax group? This is after all a group that named itself after a tax revolt that wants to abolish the IRS. It's like when a cop gets shot, the cops kind of take that personally. -- Bill Maher

6) The IRS overtaxing The Tea Party? I never thought I'd say this to the IRS - THANK YOU! THANK YOU FOR DENYING 501C-4 to any group who hates! -- Bette Midler

7) I believe that the IRS agents in this case did nothing wrong. -- MSNBC's Lawrence O'Donnell