5 Values We Don't Teach the Way We Should In America 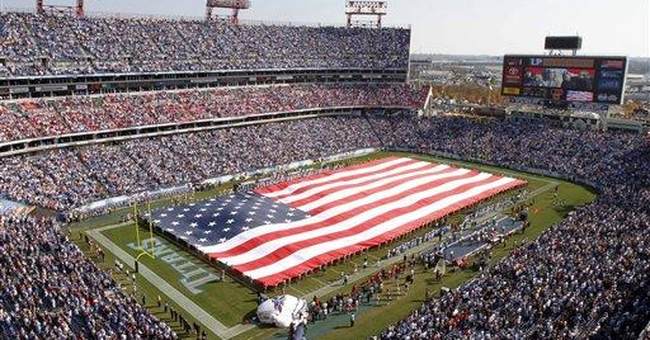 "Each new generation born is in effect an invasion of civilization by little barbarians, who must be civilized before it is too late." -- Thomas Sowell

We like to think of children as innocent little angels. Of course, that's only true in the sense that there aren't any three year olds who've stabbed their cousins to death for drug money or set up a stock swindle designed to bilk senior citizens out of their life savings. Children are not naturally good. To the contrary, they begin their lives as selfish, completely self-absorbed little savages whose entire world revolves around meeting their own needs regardless of who else it impacts. How else could they be when they're too small to take care of themselves and don't have any concept of how their demands affect people around them?

The values a society imparts to children while it's civilizing them have a great deal to do with how functional that society will be when those kids grow up. Over time, standards change. Some values are emphasized more, while others are emphasized less. Some values we place a great deal of emphasis on and others, we teach sparingly. As children absorb the "proper" way to behave from their parents, friends, schools, churches, music and television, and now, the Internet and social networks, the generational differences can be enormous. Here are five important values that are no longer being accentuated enough.

1) Chastity: My friend Dawn Eden wrote an absolutely outstanding book called The Thrill Of The Chaste. It is about her decision to become chaste at 31, something that would have once prompted very few raised eyebrows in this country. Yet disturbingly, the whole idea of encouraging virginity and chastity has become so out of the ordinary that she managed to score numerous TV interviews out of it.

No society in history has ever been as bombarded with as much sexual imagery as modern day Americans have. Between music, TV, and the Internet, Americans are constantly being told that not only is sex outside of marriage permissible, you're a failure if you're not having as much sex as possible.

That mentality has serious repercussions.

Even if you were to set moral concerns completely aside, it's clear that we're paying an INCREDIBLE price in this country because our culture promotes promiscuity instead of chastity.

2) Shame: One of the reasons that there is such an overemphasis on creating high self-esteem in our society is that it tends to be an antidote to shame. Admittedly, shame can be a very harmful emotion and psychologists have undoubtedly spent millions of man hours trying to get their clients over issues that they never should have been ashamed of in the first place.

That being said, judging by the way people behave, there are far too many people who don't feel shame when it's appropriate. If you don't believe that, look to most of the politicians in this country, their spokesmen, people taking handouts from their fellow citizens who don't feel bad about it, 26 year olds who still want to be on their parents' insurance, the cast of Jersey Shore, Paris Hilton, Lindsay Lohan and innumerable other charlatans, leeches, and malcontents in American society.

Maybe we should stop worrying so much about low self-esteem and should start being more concerned with all the shameless people who have high self-esteem for no good reason along with a completely undeserved sense of entitlement.

3) Self-reliance: Our ancestors were some of the most self-reliant people who've ever walked the earth. They fought and defeated the super power of their day to become free, took on Spain, Mexico, and innumerable Indian tribes to acquire more land, explored a massive nation under brutally difficult conditions, and then civilized the country one wagon train at a time.

Meanwhile today, we have a record number of Americans receiving food stamps and disability payments, people are protesting in the streets because the government won't pay off their college loans for them, businesses want the government to bail them out, and many Americans would rather let future generations live in squalor rather than receive a few less dollars in Social Security and Medicare payments per month.

4) Patriotism: "A thoughtful mind, when it sees a Nation's flag, sees not the flag only, but the Nation itself; and whatever may be its symbols, its insignia, he reads chiefly in the flag the Government, the principles, the truths, the history which belongs to the Nation that sets it forth." -- Henry Ward Beecher

One of the great ironies of our modern age is that the most damaging and vicious anti-American propaganda isn't supplied by Al-Qaeda, Cuba, China, Iran or any other foreign enemy. Believe it or not, the most skilled purveyors of anti-American hatred are prominent Americans who are making a wonderful living here teaching others to despise the nation where they became successful.

This is a great tragedy because if you're an American, this nation is the largest group of people you can belong to that has any genuine concern about your welfare. When Americans have a hard time, some people in other nations are happy about it, some generally wish us well, but the only people who deeply care what happens to us are other Americans. Keep in mind that we’re still hunting down and killing Al-Qaeda for what it did more than a decade ago on 9/11. Yes, there are some other countries helping a little bit, but they're doing it to stay on our good side, not because any of them want justice for the Americans who were killed. Only Americans truly care about that because it was our people who were killed.

American citizenship is a precious thing. Giving future generations the same great opportunities we've had growing up is extremely important. It's no surprise that so many Americans don't seem to understand that any more since we spend more time talking up global warming and teaching gay marriage propaganda to kids than explaining to them the importance of loving their own country.

5) Godliness: "Education without values, as useful as it is, seems rather to make man a more clever devil." -- C.S. Lewis

This is a Christian nation with a Christian history that has been successful largely because of Christian values. The less we teach those values, the less moral our country will become and the less successful we'll be. Many people don't acknowledge those basic facts because the way Christianity has shaped the culture is taken for granted. The Puritan work ethic, the decency of the people, the relative lack of corruption compared to other nations, the charitable constitution of the American people -- this comes from Christianity. The weaker Christianity becomes and the less godliness is taught, the weaker all of those American strengths become.

No legalisms, manmade ethics system, or meaningless exhortations to be “nice” can come close to replacing Christianity. The less it’s taught, the more we'll morally degrade as a people.