Review: Why You Should Be Watching The People vs. O.J. Simpson

John Hanlon
|
Posted: Feb 23, 2016 12:01 AM
Share   Tweet
The opinions expressed by columnists are their own and do not necessarily represent the views of Townhall.com. 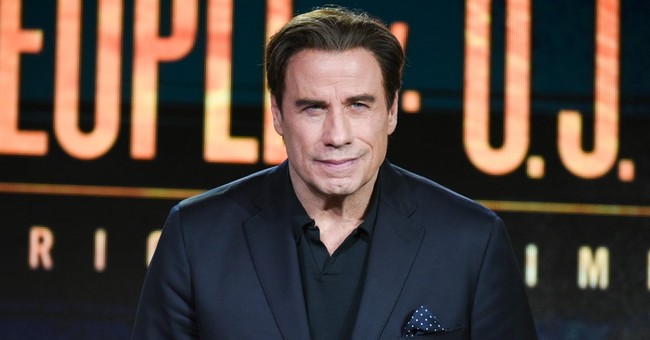 We all thought we knew the story of O.J. Simpson. In 1994, the famed athlete was accused of killing two individuals. He famously fled from police officers in a white Bronco and he was famously found not guilty in the criminal trial that followed. All of these events were captured on camera and broadcast to millions of people so it’s easy to believe that we all know all there is to know about the case.

In the show’s opening moments, creators Scott Alexander and Larry Karaszewski set the stage for the audience. Although it’s easy to think about the Simpson case as an isolated event, it wasn’t. The case occurred only a few short years after the controversial Rodney King verdict and the riots that ensued from that. There was a long history of racial conflicts in Los Angeles and it was in that environment that Simpson (played here by Cuba Gooding Jr.) was put on trial.

Based on the book by legal expert Jeffrey Toobin, the series focuses on the aftermath of the murders and the eventual trial of Simpson. After three episodes, it’s interesting to note that Simpson’s character often seems relegated to a supporting role here.

Paulson, in particular, is the stand out here really bringing Clark’s energy and passion to life. Clark is depicted as a driven woman who believes passionately that Simpson committed the two murders and she wants to deliver unimpeachable justice. “We have all the Aces,” she says, “Let’s hold the high ground.” It’s she who slowly realizes that their bulletproof case might be falling apart.

“We have to stop looking at this case as a slam-dunk,” she says at the end of the third episode.

That episode — which astutely explores the legal positioning of the case — really showcases the strength of this series. In the episode, the case takes on a new meaning when race becomes a major factor in it. Near the beginning of the episode, Time Magazine famously prints an issue with a darkened photo of Simpson on it. The doctored picture caused nationwide controversy and the depiction of that controversy onscreen only foreshadows how fraught with racial tension the trial would ultimately become.

It isn’t just the facts of Simpson’s case that will change the course of the trial. It’s the environment that surrounded the case — a situation that Shapiro and his fellow lawyer Johnnie Cochran (Courtney B. Vance) seemingly understand before the prosecutorial team does.

With strong writing and great directing, the show really takes advantage of its episodic nature. The producers take their time exploring the context of the trial, which gives the legal decisions a greater nuance and power.

The series does have a few avoidable missteps, including the inclusion of the Kardashian kids, whose father Robert was one of the attorneys on Simpson’s case. At times, the dialogue in those family settings is too spot on and gimmicky to really work. “Fame is fleeting. It’s hollow,” Robert (David Schwimmer) notes in one of the series most cringe-worthy moments.

Aside from small missteps like that though, the series is a powerful and undeniably provocative program that really shows that we might not know as much about this case as we thought we did.