John Dempsey
|
Posted: May 28, 2019 11:53 AM
Share   Tweet
The opinions expressed by columnists are their own and do not necessarily represent the views of Townhall.com. 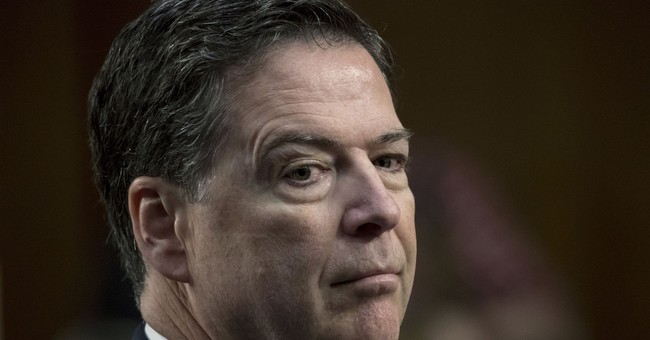 Democrats are scrambling quickly. The Steele dossier was used to gain approval from a FISA judge to spy on then-candidate Trump’s political campaign. However, there was never any probable cause which is needed for a judge to sign a warrant meaning a federal law enforcement official lied. The magnitude of using federal law enforcement agencies to surveil a candidate or even an everyday citizen with no legal reason must result in an investigation into the investigators.

The Mueller Report proves there was no collusion. The Democratic Party, along with a few others - John Brennan, James Comey, and James Clapper - are panicking. Their blame game has become a public spectacle on nearly every primary news channel. But why? Because more than likely they used an unverified dossier and lied to FISA judges on four separate occasions to spy on the Trump campaign purely for political reasons.

Think about that – a law enforcement agency spying for politics.

The entire investigation went to an unplanned ending. It has become apparent that Mueller was supposed to run Trump out of office. After that, the inquiry would disappear, and none would be the wiser. In other words, the American public would never find out the players or origins or the truth. However, Trump is not a typical politician, and even the people at the FBI who claim to be the smartest people in law enforcement cannot figure him out.

We now know that the dossier was political opposition research that was based on a lie and used to spy. Comey, Mueller and his Hillary-supporting investigators knew as well. How do we know this? Easy. Because Mueller never ordered a review into what led to the FISA warrant. He already knew the answers and did not want to put that in his report. This is the same as turning on your favorite football team to watch them play in the third quarter and not ask what led up to the current score. You would not care if someone kept you up to speed on the game already. Mueller and his team knew the truth.

A United States federal law enforcement agency used a fake political document with questionable circumstances to get inside of a political campaign, and the left ignores it. Imagine if this was Obama. Liberals would demand a full investigation on why the FBI was allowed to infiltrate a candidate’s party without legal authorization.

It is time to investigate the investigators. The left pretends that they care about the democratic principles we use in our democratic republic by screeching, “our democracy is at stake!” However, they can never give a reason why.

Now we have a reason, but the left does not want to hear it. Unelected bureaucratic federal law enforcement officials took it upon themselves to lie to a FISA court in an attempt to overthrow a duly elected president. Democrats, I dare you to stand up for what is right and support investigating the investigators; however, I will not hold my breath.

Imagine if a local law enforcement agency got accused of corruption and their Internal Affairs division refused to review the complaint. The public would rightfully demand a federal law enforcement investigation. If appropriate, the offenders would get charged, and the left would praise the decision.

However, something is different. Leftists are ignoring the FISA abuse allegations. They do not want to acknowledge them or even discuss the problematic issue. By staying quiet, Democrats are signaling that it is okay for a federal law enforcement agency to be corrupt and commit crimes with no type of inquiry into the allegations.

When law enforcement officials at any level believe that they can get away with this type of behavior get ready for tyranny. When a man obtains power, and that authority is left unchecked, there will be abuses, there will be crimes, and there will be authoritarianism.

Would the Democratic Party go to such lengths to distract and divert if they did not have any skin in the game? I highly doubt it. If there were a time for unity, it would be now. However, the Democrats place politics over anything in their quest for control and power.

If the American Civil Liberties Union cared about civil liberties for all Americans, they would put their partisan hack feelings to the side and admit that an inquiry into the investigators is needed.

The investigators must be checked, or the assault on our Republic will be overtly obvious.