Democrats, You Had a Good Monopoly With the Media, but It’s Over

John Dempsey
|
Posted: Jul 01, 2018 12:01 AM
Share   Tweet
The opinions expressed by columnists are their own and do not necessarily represent the views of Townhall.com. 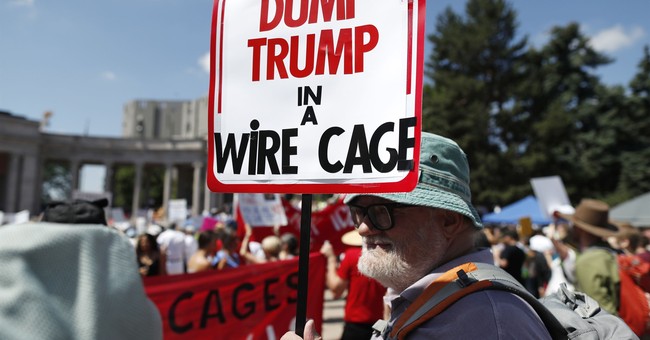 If you haven’t noticed lately, the mainstream media is in a bit of a panic. The Inspector General report came out, and then Michael Horowitz testified about it. The media has been in a faux outrage about children being separated from their parents at the southern border as they illegally cross into the United States. However, they didn’t care when President Obama was doing the same thing. The media has always been able to cover up a lot of information from the public to help out the left. However, those days have passed thanks to technology.

There is no secret that Democrats have many friends in the media. ABC, NBC, CBS and so forth had the monopoly for decades. They were able to report what they wanted for the most part. There was no Fox News on television until 1996. The biggest problem they had was Rush Limbaugh, but that wasn’t until 1988. At that point, Conservative talk radio wasn’t very popular though. Fortunately, it did eventually take off.

The internet has been the biggest enemy to the Democrats since its inception. Famously, the blue Monica Lewinsky dress story about President Clinton’s Oval Office affair broke on the Drudge Report, after saying that Newsweek was sitting on the story. Newsweek couldn’t protect the sordid president any longer.

Democrats need the shield of the mainstream media. This week has been a rough one for the left with the Conservative victories on the Supreme Court. Not to mention, the retirement announcement by the most consistent swing vote, Justice Anthony Kennedy.

They need the media to bolster the immigration narrative that says children are “ripped away” from their parents, or to spin the next leftist lie.

There are plenty of Conservative websites that anyone can visit for information. The reader will often learn there is more to the story. This crushes the Democrats lies. Thankfully, we have a president that has no qualms about calling out the media. For years, we have been lied to and manipulated. And the mainstream acts like they are the victims when criticized.

Democrats are starting to see the problem, even though they won’t admit it. And that is why they are panicking. The left gets push back with the availability of news on the web from other outlets. They can’t lie anymore and get away with it. Plus, very little is forgotten on the web.

The only problem is the left also owns Google. Searching for news can prove fruitless if you want a Conservative site. There are many left-wing sites on the first pages, so we see new problems from the left. However, it is not as easy to take advantage of individuals anymore like it was fifteen or more years ago.

Today, the media is perpetuating lies about families being separated at the border. A Twitter hashtag #FamiliesBelongTogetherMarch is trending on the social media site because of nationwide protests. The media pretends that nothing is being done about the crisis they manufactured. However, President Trump solved the issue earlier last week with an executive order. There are plenty of Conservative websites that tell you this. Right-wing websites are an example of circumventing the Democrat favored fake news, spawning hatred from the left.

The Democrats worst enemy is the truth. The mainstream media lies for the left. But those days are over, and leftist politicians are melting down, all thanks to the internet.