Why College Tuition is Out of Sight: The Federal Government 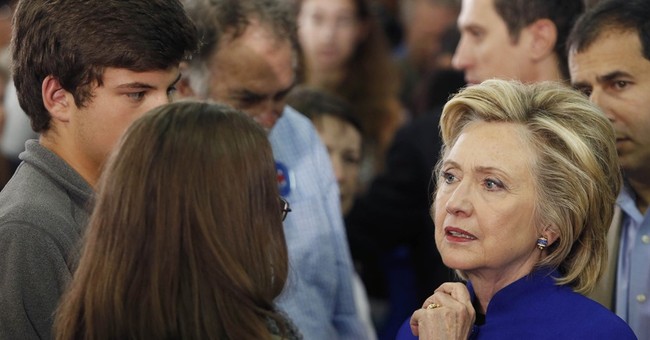 Our health care system and our system of higher education have a lot more in common than you might think. As I explained in a previous column at Forbes, in both systems a third-party payer pays a good portion of the bill, leaving consumers and producers with perverse incentives to take advantage of it. The financing of both systems is dysfunctional. There is much waste and inefficiency. And low-income families are the least well served.

Here is what I wrote two years ago:

We spend about twice as much as other developed countries as a fraction of national output. Yet our results are mediocre. Public and private spending is growing much faster than our income ? putting us on a course that is clearly unsustainable. It appears we are buying quantity instead of value. Outcomes vary wildly from state to state. And programs that target the poor seem to be backfiring instead.

Loyal readers already know that health care spending was proceeding moderately until the advent of Medicare and Medicaid. Amy Finkelstein showed that in the first ten years Medicare had no impact on the health of the elderly. And fifty years after the fact, we are still arguing about whether Medicaid affects the health of the poor. Yet this massive infusion of federal spending fueled health care inflation that has been barreling along ever since. The same thing appears to have happened in education. According to economist Richard Vedder, the explosion in college costs began about the same time as the cost explosion in health care ? with the Higher Education Act of 1965.

Vedder was the first economist to demonstrate that federal tuition loans were fueling spiraling tuition costs and his work was largely ignored. But a new study by economists at the Federal Reserve Bank of New York finds that Vedder was right all along. As summarized in the Wall Street Journal:

The New York Fed study found that for every new dollar a college receives in Direct Subsidized Loans, a school raises its price by 65 cents. For every dollar in Pell Grants, a college raises tuition by 55 cents. This is one reason tuition has outpaced inflation every year for decades, while the average borrower now finishes college owing more than $28,000.

The United States shares two dubious distinctions. It has the most expensive higher education in the world: $26,000 a year, on average. And the college graduation rates of America’s young are growing at nearly the slowest pace in the industrial world, the third from the bottom among 30 nations tracked by the O.E.C.D.

What about helping students from low income families? Porter writes:

It’s not just that many colleges and universities are bleeding taxpayers. The government’s overall strategy to subsidize higher education is failing at its core task: providing less privileged Americans with a real shot at a college degree. Alarmingly, it is burdening low-income students with risks they cannot bear and steering them into low-quality educations…

Low-income students in the United States often end up with the short straw: no degree, no job and a bundle of debt that they must pay anyway.

In addition, middle income families who try to save for their children’s college expenses have a rude surprise. When the income tax law is combined with the typical rules for college aid, these families face a marginal tax rate in excess of 100 percent! That is, when they save an additional dollar they lose more than a dollar in higher taxes and reduced financial aid.

A study by Claudia Goldin of Harvard and Stephanie Riegg Cellini of George Washington University finds that for-profit schools that get federal subsidies charge, on the average, 78 percent more than for-profit institutions that are not eligible for aid. The price difference is almost identical to the value of the subsidy. (For-profits, by the way, get about one-quarter of all federal subsidies.)

Meanwhile, colleges and universities are doing just what hospitals do to capture more federal dollars. They are competing on amenities. Water parks, climbing walls, elaborate dorms and dining facilities – these are all part of the modern college experience – which is increasingly a social and recreational experience rather than an academic one.

So what’s the solution? Hillary Clinton has weighed in with a proposal, summarized in the Wall Street Journal:

[T]he Clinton plan aspires to convert loans into grants. The proposal would allow all borrowers to enroll in income-based repayment programs such as the federal Pay As You Earn, which caps loan payments at 10% of discretionary income and forgives the balance after 20 years—10 if you work in intentionally vague “public service” fields. This encourages students to earn less—and sends you, taxpayer, the billion-dollar bar tab….

To pay for it, Mrs. Clinton says she’ll close “tax loopholes and expenditures on the most fortunate.” This idea is getting a workout since it seems to be the way she’s paying for every other new spending proposal too.

My proposal for higher education is similar to what I’ve recommended for health care: a fixed sum voucher. (More details here.) I would also allow students to put future earnings up as collateral for college loans. For example, a lender might be entitled to 10 percent of post-degree earnings for a period of time. More details on that in a future post.