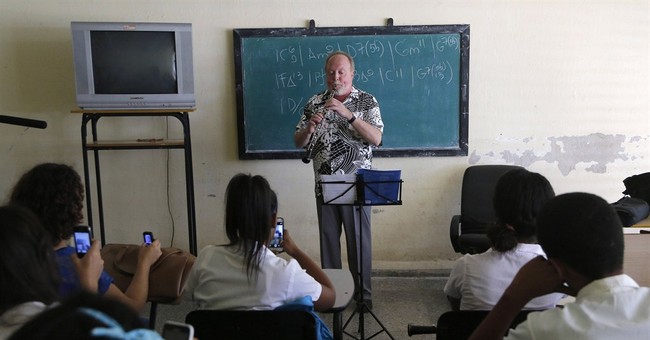 There is no domestic policy issue more important than the need to liberate America’s children from monopoly school systems that are not meeting their needs.

Sometimes the issue is framed as “school choice.” But that term is misleading. The vast majority of parents are already participating in a system of school choice. Here’s how it works:

The last time I counted, there were 79 school districts within a 50-mile radius of downtown Dallas. Assuming each district has at least two campuses at each grade level, a typical family has a choice of about 158 public schools — provided the parents can afford to buy a house in any neighborhood and are willing to drive a considerable distance to work.

How well does this system work? Better than you might think. A study by researchers at Southern Methodist University and the Dallas Federal Reserve Bank found that North Dallas houses near higher-ranking elementary schools sold for about 20 percent more than houses near lower-ranking schools. The authors conclude that the market for education works surprisingly well. Parents can discern quality and the market charges a premium for it.

· Across the 100 largest metropolitan areas, housing costs an average of 2.4 times as much, or nearly $11,000 more per year, near a high-scoring public school than near a low-scoring one.

· This housing cost gap reflects the fact that home values are $205,000 higher on average in the neighborhoods of high-scoring schools.

If the system works well for those who have money, how does it work for those who don't? Since the current choice system in Dallas and across the country rations educational opportunity through the housing market, it's almost inevitable that the children of low-income families will end up in schools no one else wants to attend. These are the schools with the worst teachers, the worst principals and the lowest test scores.

A compounding factor is that parents who can afford more expensive homes are much more adept at dealing with public sector bureaucracies. If a bad teacher or principal is identified at a school in a wealthy neighborhood, parents typically will complain until that person is transferred to another school. Then the parents at the next school will likely complain. This transfer process will continue until the worst teachers and worst principals wind up at schools where either the parents don't complain or nothing happens even if they do. These invariably are schools in low-income neighborhoods.

Other countries have found that (genuine) school choice is an answer to some of these problems. Sweden, long known for its emphasis on egalitarian ideals, has had an extensive system of school choice for more than 20 years. Perhaps the most interesting example in our hemisphere is Barbados, an island nation that is almost completely black (less that 3 percent of the population is white). Barbados has one of the highest literacy rates in the world and it consistently sends its top high school graduates to Ivy League colleges in the United States.

At the high school level students apply for admission, much like applying for college in this country. (And yes, some of choices are private.) Climb into a taxi cab in Barbados and ask the driver about schools. He will likely tell you a lot about which schools he hopes his children will attend. Parents are engaged in Barbados because in that country parental engagement can make a difference.

Right now the only truly public schools that compete for students are magnet schools. They were created by federal judges to lure white students back into the inner city school system. And guess what? Competition really works.

Why not let every school become a magnet school? Let them specialize in what they do best and compete with both private and public alternatives. Let their salaries and bonuses be determined by how well they succeed.