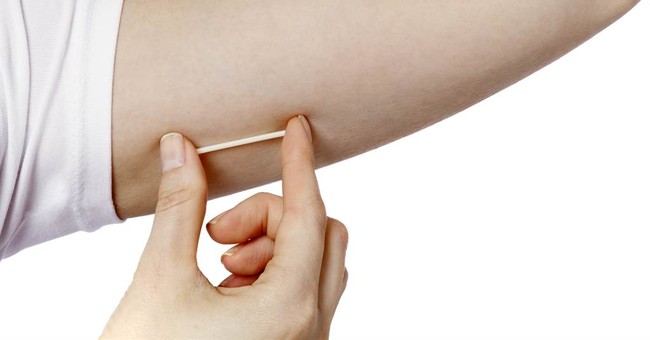 Paul Krugman and others on the left routinely sneer at the idea that you can actually increase government revenues by cutting tax rates. (Turns out most of the time you can’t, but in some cases you can.)

But there is a similar myth on the left. It’s the idea that by spending more money on health you can reduce overall health care costs. According to The New York Times, President Obama is using that idea to support free contraceptives for women:

The Obama administration says the cost of providing contraceptives will be offset by savings that result from greater use of birth control, “fewer unplanned pregnancies” and improvement in women’s health.

Here is Matt Yglesias at Slate making the same point:

While birth control costs more than nothing, it costs less than an abortion and much less than having a baby. From a social point of view, unless we’re not going to subsidize consumption of health care services at all (which would be a really drastic change from the status quo) then it makes a ton of sense to heavily subsidize contraceptives…But just on the dollars and cents subsidizing birth control is a no-brainer.

Even if the claim were true, why should insurance companies be involved? The out-of-pocket saving for a typical woman because of the ObamaCare contraceptive mandate is less than a dollar a day. For those women who really have problems affording contraceptives, they are available for free or greatly reduced prices from public and private agencies in practically every city in the country.

And remember, while we are forcing insurers to cover services that almost everyone can easily afford on her own, these same plans are free to require thousands of dollars in out-of-pocket spending for patients who require hospitalization for real medical problems.

Free contraceptives are only one example of how the Obama administration gets it priorities wrong when it comes to health insurance. For example, the Affordable Care At requires employers and insurers to provide a long list of preventive services, (such as mammograms, blood pressure screening, cholesterol screening, etc.). And as in the case of contraceptives, the administration Officials have been claiming that the money spent on these procedures will result in overall savings.

Yet here again the evidence says otherwise. Most preventive procedures cause health care spending to go up not down. And while we are spending scare premium dollars on low-dollar items of sometimes dubious value we are continuing to leave people exposed for large catastrophic costs.

One of the worst examples of getting the priorities wrong is the way ObamaCare changed Medicare. Every senior is now entitled to a free wellness exam (of almost no medical value). At the same time, every senior continues to be at risk for tens of thousands of dollars of costs from a prolonged hospitalization.

How do we explain such irrationality? I call it the “politics of medicine.” As reported in a previous Town Hall editorial and in my book, Priceless:

In a typical U.S. insurance pool about 5 percent of enrollees will spend 50 percent of the money. About 10 percent will spend 70 percent. The numbers differ a bit from group to group, but you get the idea: a small number of people spend most of our health care dollars in any given year.

Now suppose you are a Minister of Health. Can you afford to spend half of all health care dollars on 5 percent of the voters? (Even if they survive to the next election, they are probably too sick to get to the polls and vote for you anyway!) Can you afford to spend virtually nothing on the vast majority of voters just because they happen to be healthy?

That is why it is easier to see a primary care physician in Britain than it is in the United States, but harder to see a specialist and much harder to access expensive technology. In the 1970s, the British invented the CAT scanner and for a while supplied half the world’s usage (probably with government subsidies). But the NHS bought very few CAT scanners for use by British patients. The British also invented renal dialysis (along with the United States), but even today Britain has one of the lowest dialysis rates in all of Europe.

Similar observations apply to Canada, where services for the relatively healthy are ubiquitous and expensive technology is scarce. PET scans, for example, can detect metabolic cancer about a year earlier than MRI scans. At last count, the United States had more than 1,000 PET scanners, while the Canadian Medicare system had only about 18!

Here’s the bad news: our health care system is going to look increasingly like the systems in Britain and Canada. Only we don’t call the new system socialized medicine or national health insurance. We call it ObamaCare.