A Get Out of Jail Free Card for Terrorists? 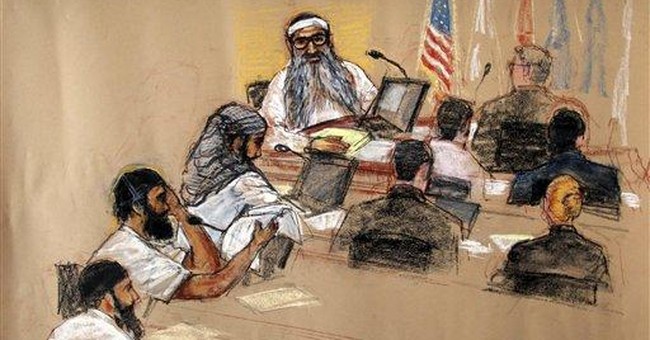 Late on Friday, Attorney General Holder announced President Obama’s decision that the alleged 9/11 mastermind Khalid Sheik Mohammad and his confederates would be tried in federal court in New York City rather than before a military tribunal. A firestorm of protest has erupted over whether the terrorists can be safely held in New York City, or whether this is good or bad for "international relations."

Most of these discussions entirely miss the main point. Trials are about finding the facts, and punishing the guilty. This decision by the President, the opposite of what he said on the campaign trail, will sharply increase the odds that the terrorists will beat the rap on a technicality, and walk out of the courtroom free just blocks from Ground Zero.

Here are some of the critical differences between a military tribunal and an ordinary, U.S. criminal trial:

First: The constitutional guarantee of “a speedy trial” applies in criminal court; it does not apply in a military tribunal. Under Supreme Court cases, a delay of five years from the arrest of the defendant to the bringing of charges is clearly excessive. Another terrorist/defendant has already filed a motion in another trial to dismiss all charges on this ground, as soon as he came into a criminal court.

If that minor defendant beats the rap on this technicality, it would probably mean that all charges would be dismissed, without trial, against Khalid Sheik Mohammad and his cohorts.

Second: In criminal court, but not in a tribunal, the defense can force the government either to reveal the methods of intelligence gathering, or drop the charges. There are already several instances of people charged with espionage, caught red-handed with secret documents, who walked out of court free as a bird, because the government had to protect its intelligence efforts in time of war. The same may happen, here.

Even worse, in the military tribunal at Gitmo, all the defendants announced their intention to plead guilty, in return for the opportunity to make statements about justified jihad in court. Obama stopped that process in its tracks by presidential order. All these defendants would have been found guilty and sentenced months ago, absent the President’s interference.

Fourth: Criminal defendants are entitled to a “jury of their peers.” Anyone want to bet that ACLU-supported lawyers won’t claim that such a jury must include some Muslims? And if so, what are the odds at least one juror will hold out for “not guilty,” or at least for “no death penalty” if there is a conviction? Neither of those would apply in a tribunal, where the judge and jury is a panel of nine U.S. military officers.

Fifth: There is a unanimous (8-0) Supreme Court decision, Ex Parte Quirin (1942), holding it constitutional to try Nazi bombers who entered the U.S. from submarines, before a military tribunal, not a criminal court trial subject to the Bill of Rights. This is a short decision, written in plain English, that even laymen can read and understand. It has been affirmed in recent years as good law by the current Supreme Court.

Somewhere in the bowels of the Justice Department is a memo written by career lawyers, reciting all of these points. But the business of this Attorney General is to do what he’s told, no matter whether that outcome is moral, legal or constitutional. This is a continuation of the Marc Rich pardon under President Clinton.

The moving of this trial displays to our enemies that we are both cowardly and foolish. That display WILL cause additional deaths of American soldiers and civilians. The only way this dangerous decision can be stopped is if Congress votes to de-fund it. Otherwise, there is a chance that the defendants, who have already confessed, will walk free into the streets of New York City.