Am I Not Conservative Enough? 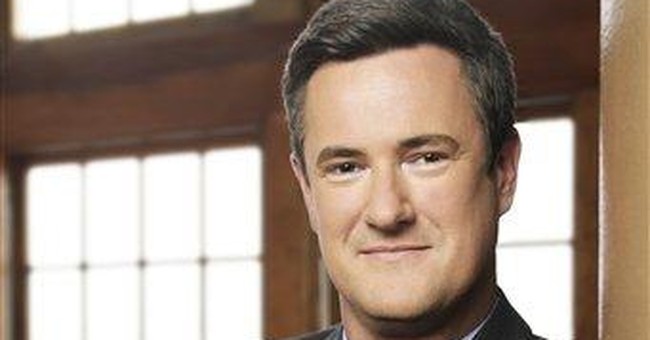 Brent Bozell thinks I have fallen from the ranks of true conservatives and wrote a scathing blog on his website listing my offenses against Republicanism. Judging from the harshness of his tone, you would think that I threw my lot in with a pack of pot smoking Greenwich Village Marxists or, at the very least, lent grudging support to the public option.

But no. My crimes against conservatism were much worse. Brent Bozell has accused me of committing the unpardonable sins of saying unflattering things about George W. Bush, Glenn Beck and Rush Limbaugh.

The truth is that while I campaigned for President Bush and supported him in both of his runs for president, I became disillusioned with his presidency earlier than most. I wrote the book "Rome Wasn't Burnt in a Day" in 2004, and predicted if Mr. Bush and the GOP Congress didn't stop spending money at such a reckless rate, they would lose their majority and wreck the Congress.

Even though I was correct on both counts, I received a firestorm of criticism from Washington conservatives who blog on sites like Newsbusters. Their main complaint seemed to be that I was being too tough on Mr. Bush.

History has proven that, if anything, I was not tough enough on an administration that doubled the national debt and turned a $155 billion surplus and turned it into a $1 trillion debt. Most other Republicans who trashed me for years--ironically calling me a RINO (Republican In Name Only) for being critical of my party for spending too much money--put party loyalty over conservative principles.

As I said at the time to these statist Republicans, my positions on taxes, spending and limited government have not changed one bit since the first day I walked into Congress in 1994 when I was known as a right-wing zealot.

Unfortunately, it was the Republican leadership who became more liberal with Americans' tax dollars and it was large swaths of the Washington conservative establishment who sat silently by because they enjoyed being in power so much that they never bothered to let their principles get in the way of supporting reckless GOP party bosses. Speaking truth to power was not in vogue when Republicans were in charge. That spinelessness led to a Pelosi speakership.

While I am glad that most conservatives now agree with my views regarding George W. Bush, I wish they would have shown a little courage when he was in the White House instead of trashing the few conservatives who dared to tell the truth.

As to my criticisms of Glenn Beck, I will again plead guilty as changed to Brent's indictment.

Call me crazy but I don't think conservatives will regain power by telling the world that President Barack Obama is a "racist who hates all white people." I also doubt the endless stream of Nazi imagery and conspiracy theories coming from the far right will help Republicans pick up the kind of swing voters needed to carry states like Ohio, Florida and Missouri in 2012.

To win, conservatives will need instead to follow the wise practice of Ronald Reagan, who won hearts and minds of Middle America by being conservative when it came to ideology but moderate when it came to temperament. I wrote extensively about the need for conservatives to chart that path early last year in "The Last Best Hope." Bob McDonnell victory in Virginia proves that Ronald Reagan's approach to winning the public debate is preferable to Glenn Beck's.

Conservatives will defeat Barack Obama in 2012 with this message: Barack Obama is a good father, a good husband and a good man. But then again so was Jimmy Carter. Unfortunately for America, President Obama is also like Mr. Carter in his blind trust of big government and our country cannot afford four more years of this decent but misguided man.

Now, if you believe swing voters who voted for Obama in 2008, Bush in 2000, Clinton in 1992, Bush Sr. in 1988 and Ronald Reagan in 1980 will respond more favorably to conservative leaders calling Obama an evil Nazi who also finds time to be a Marxist and a racist who hates all white people, knock yourself out. But you will be insuring yourself another four angry years in the political wilderness.

Brent Bozell also accused me of attacking Rush Limbaugh. As is the case with many of Newsbusters' posts against me, Brent tells only part of the story.

He doesn't bother mentioning that I have long given credit to Limbaugh and the Wall Street Journal editorial page for helping elect freshmen like myself in 1994. Nor does he note that no one defended Limbaugh more aggressively in the MSM during his Palm Beach prosecution than did I. Nor does his site ever mention the numerous times I stand alone in my defense of conservative media figures like Rush Limbaugh, Matt Drudge, Roger Ailes, Bill O'Reilly or Fox News.

Brent was greatly offended when I suggested that Rush should not be telling America that he was rooting against the President of the United States. Call me old fashioned, but I believe you pray for the President and the United States of America without ceasing. As Jesus taught us, it is easy to pray for our friends. But it is more important to pray for those with whom we deeply disagree.

If my grandmother could pray for Jimmy Carter, I can pray for Barack Obama. Besides, I know he can only succeed if he turns away from his ruinous economic policies that will explode the deficit and destroy our economy.

As for Brent Bozell, I have been an admirer of his from afar since the early 90s when a friend started bringing Media Research Center reports to Sunday School at First Baptist Church in Pensacola. Brent exposed media bias when it was at his worst and I will always be grateful for that. Unfortunately, his website has been posting items that pull a statement out of my three hour newscasts and painting me as an evil liberal in the MSM.

These posts ignore the reality of the show's format, which is one conservative debating a cast of liberals more often than not. I usually walk off set with thousands of angry emails hurled my way from far left extremists. Mixed in with all those slanderous emails that call me everything from a fascist to a white supremacist, I usually find one email from Newsbusters asking why I hate conservatives.

It's all very predictable by now, but last summer there was one especially misleading post that suggested I was a failure in the media because I was a "liberal." The Newsbusters item said my new radio show was gaining no traction, that my book was languishing in the 300s, and that my TV show was attracting no viewers.

I called Brent to helpfully explain that my new radio show outrated Glenn Beck's every month head-to-head in America's top market (which is also both of our home markets.)

I also politely explained to Brent at the time of the conversation that my book was in the Top 10 on the New York Times list, in Barnes and Noble, and in Borders.

And I also let him know that Morning Joe was doubling the ratings Imus brought in over his ten years at MSNBC, despite the fact that our show was relatively new.Brent was unbowed by facts and let me know that I would be doing even better if I was still a conservative.

At that point, I asked Brent to name one issue where I had changed since the first day I entered Congress in 1994. He could not. I then asked how he could no longer consider me a conservative if, in fact, I had remained more consistent over the past 15 years in my views than the entire Republican Party.

Brent sputtered a while and then finally spit my crime against humanity out."You attacked Rush!!!"

As was the case for 8 long years with George W. Bush, too many people on both extremes defend partisan personalities instead of principles. Just as too many on the Left worship Barack Obama without questions, many on the right now focus more on pledging allegiance to media figures or populist personalities. The conservative movement marched in lockstep behind George W. Bush for nearly a decade and he took us over a cliff.

Forgive me if I don't do the same over the next decade.

My positions remain unchanged. I have always fought for smaller government, less federal intrusion into our lives, more personal freedoms and the end of a Wilsonian foreign policy.

If you don't think I am a true conservative because I comment on talk radio personalities when I think their approach is hurting the cause of small government conservatism, that is your right. But I will continue focusing on the issues that really matter. And I hope that my old friend Brent will have his website do the same.