Hillary Cannot Be Trusted to Win the War Against Terrorists

Joe Connor
|
Posted: Sep 25, 2016 12:01 AM
Share   Tweet
The opinions expressed by columnists are their own and do not necessarily represent the views of Townhall.com. 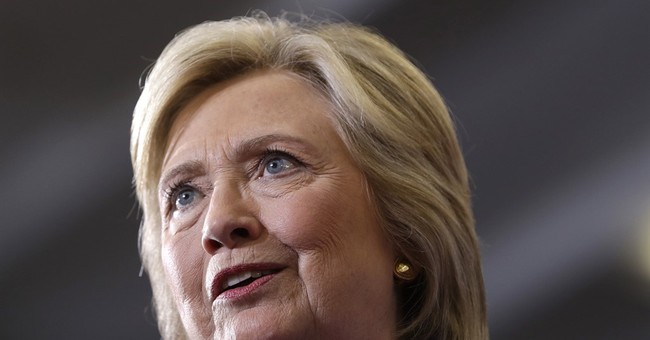 Between 1974 and 1983 the FALN claimed a decade long terror war against the US for Puerto Rican “independence” but planned to transform Puerto Rico into a Cuban bases Marxist state.   Nine people were seriously injured in 28 Chicago area bombings.  Six were murdered in NY, including four (60 injured) in the horrific January 24, 1975 lunchtime bombing of historic Fraunces Tavern in lower Manhattan.

My father, Frank Connor, only 33, was murdered at Fraunces.  Our family planned to celebrate my recent 9th and brother’s 11th birthdays the night of our father’s murder.

By 1981, eleven of the FALN terrorists were arrested, tried, convicted and sentenced at a Federal trial in Chicago. Sentences ranged from 50 to 70 years for bomb making, conspiracy to commit armed robbery, seditious conspiracy, and illegal possession of weapons including C4 plastic explosives and huge caches of ammunition and dynamite.

At their sentencing, the terrorists stood, taunted and threatened Judge McMillen, calling him a terrorist and that their shackles were what kept them from killing him. McMillen replied, “if there was a death penalty, I’d impose it without remorse.”

Eighteen years later, on August 11, 1999, President Bill Clinton unexpectedly offered executive clemency to 12 of these violent and unrepentant terrorists who, did not even request clemency themselves but had it thrust upon them.

One simple condition of clemency announced by then Deputy AG Eric Holder, who pushed for their release, was for the terrorists to renounce violence.  However, all 12 refused to accept the condition, but were given a deadline of four weeks to decide.

As for first lady Hillary Clinton?

Some charged that there was a political motivation behind the clemency; that it was offered to help Hillary with the 1.3 million Puerto Rican voters in New York. On August 14, three days after the clemency offer, Hillary’s spokesman Howard Wolfson said that she was “absolutely not” involved, but that “she’s supportive, provided that the terms are strictly adhered to.”

By early September 1999, families and survivors of the FALN attacks, members of Congress and several law enforcement officials publicly opposed the offers. On September 4, Mrs. Clinton officially changed her position to opposing clemency, stating, “When the administration first offered these prisoners clemency, I made it very clear that I had no involvement in or prior knowledge of the decision, as is entirely appropriate, and that the prisoners should not be released until they renounced violence.”

That statement is laughable; as if convicted terrorists renouncing violence in exchange for freedom has any credibility.  If these were non- violent offenders as the Clintons’ claimed, why would the Clintons have even include the renunciation condition?

Mrs. Clinton concluded the statement by saying “It’s been three weeks, and their silence speaks volumes. I believe the offer of clemency should be withdrawn.”  Hillary’s position had officially changed.

Three days later on September 7, with time running out, eleven of the twelve agreed to renounce violence.  Oscar Lopez Rivera, co-founder and leader of the group refused the offer. Lopez was so dedicated that he attempted to escape twice from Leavenworth Prison. One of the failed attempts included plans of violence and murder using plastic explosives and a helicopter.

What was Mrs. Clinton’s reaction to the other terrorists accepting the offer?

According to the Associated Press on September 8, Hillary said her husband’s initial decision “is not surprising to me that I was not lobbied, or informed or even asked about it.”

On September 10, the same day that the 11 terrorists were released from Federal prisons, Hillary spoke to the World of Women Leaders Conference. In yet another change in her position, she said that her decision to oppose clemency may have been too hasty, and that “the consultation process was not what it should have been” and that it would never happen that way again.

It was eventually revealed that key associates and staff of Mrs. Clinton and Hillary herself had played key roles in the clemency offers, and efforts began as early as 1993, soon after the Clintons had arrived in the White House. Longtime FALN sympathizer and activist Luis Nieves Falcon began corresponding with Bernard Nussbaum, Bill Clinton’s first White House (legal) Counsel and a friend of Hillary since the 1970s. Then Falcon began contacting Clinton’s Deputy Chief of Staff Maria Echaveste, whom Hillary had known since the late 1980s.  In March 1999, the month following Hillary’s Senate announcement, Echaveste sent an email to another Hillary confidant, Charles Ruff who then served as Bill Clinton’s White House Counsel.

Echaveste’s email to stated that “Chuck--Jeff’s right about this—very hot issue.” The person she was referring to was Jeffrey Farrow, a holdover from the Carter administration, the Clinton point man on Puerto Rico who was trying to round up congressional support for FALN clemency.

On June 14, Falcon sent a letter to Hillary asking her to support clemency.  On July 23 Falcon attended a meeting at the White House with several including Farrow and Mayra Martinez-Fernandez, who was a member of Farrow’s White House Interagency Group on Puerto Rico.

Martinez-Fernandez, in a key memo prior to the meeting, noted that clemency for the FALN “would have a positive impact among strategic communities in the U.S. (read, voters)”

Finally on August 9th, just two days before Clinton’s clemency offer, Hillary met with New York City councilman and FALN advocate Jose Rivera.  According to the October 4, 1999 New Republic (a month after the terrorists were released from prison) Rivera “personally presented Hillary with a packet on clemency” and added a letter asking her to “speak to the president and ask him to consider executive clemency” for members of the FALN.

Soon after the terrorists release from prison, both Houses of Congress condemned Bill Clinton’s action by votes of 311-41 in the House and 95-2 in the Senate. Cheryl Mills, Deputy in the Counsel’s office, (who later became Hillary’s Chief of Staff at the State Department) refused to honor a House subpoena claiming that because Bill Clinton had claimed executive privilege it would not be honored.

At Congressional hearings at which I testified, FBI and DoJ members were not allowed to testify, FALN victims and family warned that releasing these terrorists would only encourage more terrorism. We were sadly proven correct on September 11, 2001 when I eye witnessed the attacks on the World Trade Center during which my cousin and father’s godson Steve Schlag was one of 3,000 innocent victims.

As for Hillary; despite her denials and shifting positions as the clemency story unfolded, she and many of her key staff were intimately involved in the clemency offers which were offered for the worst reasons. Not for fairness or justice but for cheap politics which would define Mrs. Clinton’s political career.

Like her release of FALN terrorists, her many failures as secretary of state, including disasters in Syria, Iraq, Russia, Cuba and Libya, where she twice claimed that no one was killed in spite of the four Americans murdered in Benghazi, she has shown that she is unqualified to wage the war on terrorists.

If Mrs. Clinton does become president, what will she do about fugitive FALN terrorist William Morales, and other terrorists living under safe harbor in Castros’ Cuba?  Will she demand their return or continue the capitulation to Cuba that she engineered as Obama’s Secretary of State?

If she does become president, what will she do about the detention facility at Guantanamo Bay where I visited earlier this year?  Will she continue the Obama plan and close it, releasing KSM and the terrorists who murdered my cousin and father’s godson among 3,000 on 9/11?

If Mrs. Clinton does become President, what will she do about Oscar Lopez Rivera? As mentioned, Lopez refused the clemency offer in 1999. At a 2011 parole hearing at which FALN victims, family members and I faced him, Lopez refused to show remorse which along with our determined efforts caused the Commission to deny him parole.

Hopefully, for the safety and security of our country, we will never have the opportunity to find out.

Ron Kolb contributed to this article.