Joe Colangelo
|
Posted: Nov 11, 2016 12:08 PM
Share   Tweet
The opinions expressed by columnists are their own and do not necessarily represent the views of Townhall.com. 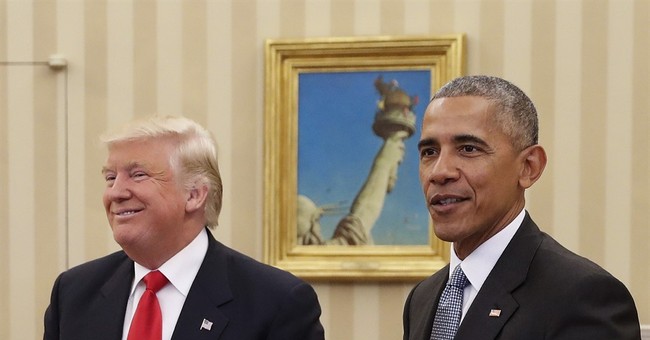 The exit polls from this past Tuesday’s historic upset in the presidential election will be sliced, diced, and cross-tabbed to death in the coming weeks. These data points are the Rosetta Stone by which the professional political pundit class will translate “what it all means” to the rest of us. In a political industry that is more dominated by statisticians every year, these data will drive not only politics, but policy on a state and national level over the next four years.

The punditocracy will let us know whether it was the church-attending Catholics and other Christians who put Trump over the top, or whether it was the white, working class “stealth vote” that tipped the scales. There is something in these results for anyone to pick and pull and propound on.

I've taken a layman’s look at what the collective resources of the major news outlets have produced. This consortium of networks and polling firms interviewed voters at over 1,000 locations and conducted a phone survey of early and absentee/mail voters beginning over a week before election day. These interviews, over 24,500 in total, provide fascinating demographic data to augment the raw vote totals. The mainstream takeaway from the exit polls in 2012 was that Obama beat Mitt Romney by maintaining his 2008 lead among women, young voters, African-American voters and Hispanics.

We all bring our own personal framework to the task of analysis. As a former U.S. Naval Officer that served aboard ships as well as on the ground in Afghanistan, my worldview is shaped by my time in the service. I learned that those who choose to serve in this all-volunteer force mirror the diversity and optimism of our great nation.

So here is my takeaway, which underscores the important role played by our military service members: Donald Trump won an overwhelming 61% of veteran voters, while Hillary Clinton received only 34% of the veteran vote. Among voters who did not serve, Clinton won 50% to Trump’s 45%.

Veterans, which made up 13% of the electorate, also turned out to vote at a much higher rate than non-veterans. An impressive 78% of those who have served our country in the military voted in the 2016 election compared to 49% of the non-veteran voting age population. This shouldn’t be surprising, considering that the men and women who have worn the uniform have already demonstrated that inconveniences don’t stand in their way of working to preserve and defend the United States.

Why might veterans have supported him in such large numbers?

It is possible that Donald Trump secured the veteran vote because they thought he would be less likely to send American troops in another foreign war. In the words of Douglas MacArthur, "the soldier above all others prays for peace, for it is the soldier who must suffer and bear the deepest wounds and scars of war." It is also possible that Trump’s focus on fixing the Veterans Administration (VA) played a large role as well. Then again, it may have been issues not at all related to the military or service, such as taxes or immigration, which swayed many in the end.

Whatever the reason, this Veterans Day is an appropriate time to recognize that the men and women who have put on a uniform and served their country – many at great risk, many with great loss – decided this election. They are not “deplorables” by any stretch of the imagination. Casting these voters as uniformly racist, sexist, or xenophobic isn’t just counterproductive after the election’s conclusion – it’s completely incorrect and an offense to those individuals that have raised their right hands to protect and defend this great nation.

I doubt the veteran vote will be a comfort to Hillary Clinton’s supporters, but the data should be reviewed before the incivility and demonizing begins anew. Insulting the 60 million American voters that voted for President-elect Trump doesn’t help, especially when 10 million of those risked their life to defend the United States. Democracy has worked its will, thanks in no small part to the men and women who have served to protect it. We will soon get to witness once again the single greatest contribution of the American Experiment to the world: the peaceful transfer of power.