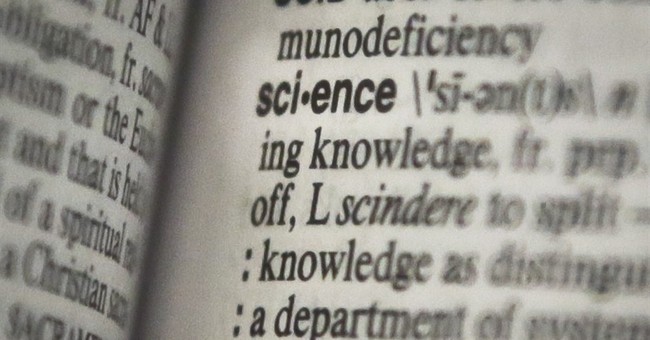 Personally, I’ve never been one to mince words, which has occasionally gotten me into a bit of boiling water. But since I’d rather deal with a few uncomfortable moments now than burn forever in the fires of hell, I’ve stubbornly clung to clarity and honesty over doublespeak and lies.

Considering the never ending, illogical barrage of bologna spewing forth from the mouths of liberal leaders (at all levels), it gives me pause to wonder how they can dream up and profess the same lines simultaneously. Whether they’re all hardwired together and directly linked to a mainframe or just synchronized by daily marching orders, they’re ability to obfuscate the truth by reinventing language is absolutely stunning.

Now I accept that sometimes a ‘little white lie’ is preferable to blatant honesty in order to protect someone’s feelings. I mean most people are uncomfortable saying, “Wow, you look like . . .,” or “Dang, you’ve really put on weight.”

But what’s bringing this country down isn’t some little white lie scenario. No, it’s the nosedive our elected and unelected leaders have taken into the black abyss of abject dishonesty. And instead of fighting that dark corruption, our population is hurling itself off the edge of the cliff, plummeting towards the end of a nation.

Like the kingdom in “The Emperor’s New Clothes,” we have become a society of sheep, willingly accepting whatever is handed out, refusing to read, inquire, or demand a return to integrity.

Our English language is tough and complex, but not so tough as to continuously need reengineering by liberal bureaucrats. True, it’s happened slowly over time, but the sad result is that our spoken language has become a ludicrous sham of false terms and misnomers all because of imaginary fears and fabricated persecution complexities.

These sometimes subtle changes didn’t happen by accident, leaving any intelligent person to ponder – why?

One possibility is that liberals simply don’t have a solid command of the English vocabulary (or maybe they just skipped a few all important classes at their ivy league school). But since I don’t believe liberals are inherently stupid, I have to look for an alternate possibility; that they are little more than prostitutes, selling themselves to the highest bidder – all for Marxist cause.

And while they scratch and claw their ways to the top of their private dung heaps, they are bulldozing our beloved country into the quagmire. I mean really folks, when the President of the United States doesn’t understand what the definition of “Is,” is (Clinton) or “Terrorism,” (Obama) then the American people are in serious trouble.

Whether it was Clinton who started us down this deceptive path, or the 1970’s union boss who suddenly decided the janitor’s position had been elevated to “Industrial Engineer,” doesn’t matter. What does matter is that it’s time to put the skids on the ever increasing, ridiculous ‘thought police’ because these confusing shifts are actually enslaving the minds of the American people.

Here are a few of my favorite examples of language in the absurd.

Affordable Care Act – translated: An illegally produced law that allowed a tyrannical government to seize control of vast amounts of tax dollars, divert them into an endless system of bureaucratic agencies whose singular purpose was/is to destroy the best medical care system in the world.

Carbon Exchange – translated: An opportunity for Obama and other tyrants to make billions in the biggest scam of the century – by forcing logical people to ignore the obvious fact that all plants and animals (even the liberal sloths who thought up this scheme) need carbon dioxide to function and live. Maybe they all missed the Krebs Cycle discussion in high school.

Cinco de Mayo – translated: An annual Mexican holiday celebrated on May 5th marking the victory of Mexican troops over French forces in Pueblo, Mexico in 1862. According to many American school administrators, now more important than any/all American patriotism, as marked by their absolute intolerance toward the displaying of U.S. patriotic symbols on that day.

Ethnic American – translated: An American who choses to define him/herself by foreign heritage or skin color, instead of being satisfied with simply being an ‘American.’ My grandparents were Irish and English and I would no more refer to myself as an Irish American than a Martian American, because I’m quite content to simply be an ‘American.’

When an ethnicity purposefully differentiates itself from the rest of the body of a country, it cannot cause anything but division. Truthfully, I don’t think of Obama as being African American, I think of him as being morally corrupt, all physical attributes aside. Until we get down the road away from these divisive exclusions, our country will continue to be angrily torn apart by allegiances to ethnic backgrounds rather than being united by our Constitution and flag.

Gender Reassignment – translated: A confused and/or dysfunctional individual who undergoes surgery which disfigures their body and changes their sex.

Green Energy – translated: An excuse by liberals to dump billions into boondoggle schemes (Solyndra) and factories that will never generate enough power to run a toothbrush, let alone power a vehicle or light a city. Also an excuse to shut the water off to farmers and ranchers in the San Joaquin valley, forestall the Keystone Pipeline, and destroy the coal industry, to name a few.

Homeless Person – translated: Vagrants or bums. While there are those who are unable to care for themselves, mentally and/or physically, the vast majority do not fit into this category. Today most street bums simply refuse to get off their duffs and get a job, go to school, learn a trade, or contribute to society in a meaningful way.

Marriage Equality – translated: An insane decision imposed by a few loons in black robes that the definition of marriage is no longer limited to the sacred union of one man and one woman, but now encompasses everything (just wait for it) from polygamy to marrying your daughter and/or the neighbor’s pet.

Pro-Choice – translated: Murder. Plainly, it’s the right to murder a vulnerable human being who happens to be inconvenient to another person, place, or time.

Religious Tolerance – translated: All religions are acceptable, except for Christianity and Judaism because Islam doesn’t appreciate either of those. Oh yes, and while we’re at it, Buddhism and Hinduism probably need to go away, too, as they are religions of peace.

Undocumented Immigrant – translated: An illegal criminal who broke into our home and is stealing our stuff. This term is about as accurate as classifying a ‘Shoplifter’ as a ‘Nonpaying customer.’

War on Women – translated: A fabricated, non-issue debate spurred by liberal females to convince women that they are nothing more than the sum of their reproductive parts.

Wetlands – translated: Swamp. This is a typical example of redefinition because no one cares about saving a dirty waterhole full of bugs, mosquitos and gators. But by calling it something special, the government invites itself into our checkbooks and backyards.

Honestly, the list is ridiculously long and I could go on for hours, but you get the drift. We have allowed this to happen and it’s time to call a halt. It will take some courage, but we must get back to integrity and honesty. Maybe what this country desperately needs is one little kid who just happens to notice that our self-appointed king with his pen and his phone is really naked after all.