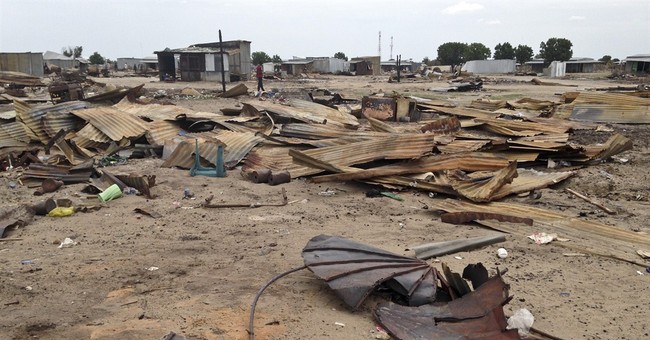 A 27-year-old pregnant Sudanese mother was sentenced to death by hanging for being a Christian, but not until after she receives a flogging of 100 lashes for committing adultery (with her Christian husband).

Dr. Meriam Yahya Ibrahim Ishag was accused of apostasy and adultery earlier this year. According to Reuters, she was arrested and imprisoned in February, along with her 20 month-old son. She was formally charged by the Sudanese government on March 4th. Following her brief trial, she was found guilty of the charges and convicted on May 11th – Mother’s Day. The court gave her three days to recant her faith and proclaim herself a Muslim.

Congressman Trent Franks, AZ-8, had this to say after the sentencing today:

“We have learned that Meriam Yahia Ibraham Ishag – a Sudanese Christian woman – has been sentenced to death by hanging after being accused of apostasy by a court that gave her ‘three days to recant’ and ‘return to Islam.’ Ms. Ishag, who is married to an American citizen, was raised as an Orthodox Christian by her mother, thus making a ‘return’ to Islam fundamentally impossible. She is also eight months pregnant.

“Such blatant disregard for the value of human life – and religious freedom – is an indescribable disgrace. I urge the U.S. State Department to immediately step in on Ms. Ishag’s behalf and to articulate conclusively that such blatant abrogation of the most basic human rights will be taken extremely seriously, and that Sudan is expected to fulfill its sworn obligations under the International Covenant on Civil and Political Rights.”

Although Meriam’s biological father was a Muslim, he deserted the family when Meriam was a mere six years old. She was raised by her mother.

Meriam finished college and then medical school and then married Wani, a Christian man from South Sudan, who happens to be an American Citizen. The couple has a 20 month-old son and Meriam is now eight months pregnant with their second child.

South Sudan is predominantly Christian and when the region seceded from Sudan in 2011, the Sudan government made it clear they would move forward with a 100% Islamic constitution and enforce Shari’a law. However, the new constitution has not yet been ratified.

According to Wani, last August someone posing as a relative reported Meriam in to the authorities for being a ‘Muslim who converted to Christianity.’ According to Shari’a law, any child born to a Muslim father must be brought up a Muslim. Anyone found guilty of converting from Islam to any other religion is guilty of apostasy and subject to the death penalty. Since Shari’a law does not recognize a Muslim woman’s marriage to anyone outside of Islam, the Sudan’s court also found Meriam guilty of adultery.

Wani further stated to Morning Star News that during the time Meriam has been incarcerated she has been beaten, personally abused, starved, and refused all medical treatment. There is concern the son will be executed as well.

This morning when Meriam was hauled into the district court in Khartoum for sentencing, she was placed in a cage and ‘counseled’ by Muslim religious leaders for thirty minutes. The court refused to use Meriam’s name, instead referring to her only by her father’s Muslim name of Adraf Al-Hadi Mohammed Abdullah.

According to Al Jazeera, at the end of the 30 minutes, Judge Abbas Mohammed Al-Khalifa asked her what she had decided. Meriam calmly stated, “I am a Christian and I never committed apostasy.”

Judge Abbas then sentenced her to a severe flogging for adultery, followed with death by hanging. Al-Shareef Ali al-Shareef Mohammed, Meriam’s attorney, did state they will appeal the sentencing within the next 15 days.

Manar Idriss, Amnesty International’s Sudan researcher said, “The fact that a woman has been sentenced to death for her religious choice, and to flogging for being married to a man of an allegedly different religion is appalling and abhorrent. Adultery and apostasy are acts which should not be considered crimes at all. It is flagrant breach of international human rights law.”

Even though Wani is a U.S. Citizen, he is being denied custody of his son and the child about to be born. The court has ignored the couple’s legal marriage certificate as well as the son’s legal birth certificate and claim that the only proof acceptable would be a positive DNA test – but that must be completed in the U.S. Such a test would require an inordinate amount of time, which neither Meriam nor her children have.

There is speculation that Meriam will be kept alive until her baby is born, but the fate of the child is unknown.

"I am deeply saddened and outraged upon learning that Meriam was sentenced to death. Most especially when no crime was committed. Again, we must rely on the U.S. State Department to become engaged with the global community to mitigate this tragedy and to common citizens, it appears inaction has once again paralyzed the Department. There is a peaceful solution to destroying Meriam's precious life, while she is carrying another precious life. Our diplomats should have already sprung into action to preclude further bloodshed in Sudan. I'm praying fervently for Meriam, her husband and her children this situation is swiftly and mercifully resolved."