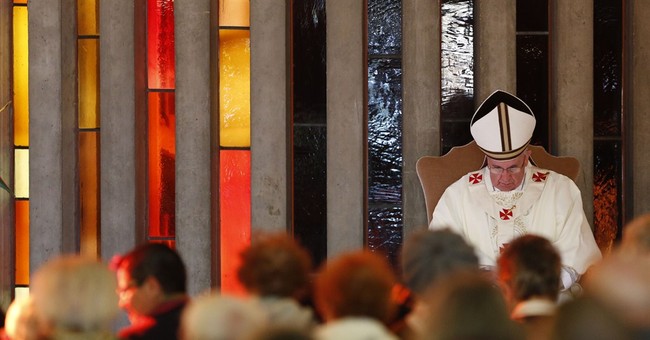 Over two thousand years ago, a humble man rose from oblivion and changed the world – forever.

Without the benefit of mass media, cell phones or Twitter, Jesus Christ started the original grassroots, word-of-mouth campaign and in three short years, managed to shatter the world’s perspective on the finality of death.

Jesus’ message of eternal life in the Kingdom of God, is one which people were just as hungry to hear then, as they are today. And, as has happened almost one million times since the original Easter, billions of people around the globe will once again celebrate the death and subsequent resurrection of God’s human incarnate, Jesus Christ.

But perhaps as Americans, we should take extra special notice of this holiday, because unlike every other culture and country, America wouldn’t exist without Easter. Think about it. When the pilgrims left their home countries and braved unbelievable hardships to cross the Atlantic, they were after one thing. Freedom.

They sought freedom from political tyranny and religious persecution. Apparently they felt the latter desire so pressing, many were willing to die for the remote opportunity to worship God in their own personal ways.

And years later when our Forefathers drafted our precious constitution, they looked to the Bible and God’s teachings to establish who the rightful heir to our country was. Only by trusting in God could the founders set the country free, which they did with profound eloquence.

That freedom gave birth to earthly liberties and an explosion of sprit the world had never known. Our Judeo-Christian beliefs unleashed humanity in one fell swoop, opening the floodgates to brilliant minds and imaginations. Freedom to think and explore gave birth to thousands of industries, exploration of new frontiers and unparalleled research and development.

And sadly, that same desire for freedom also caused armies to rise and wars to be fought – because as we have learned, the price of freedom is hard won and even tougher to maintain. But the liberty and justice America was formed on, and why Americans are willing to lay down their lives for this country, circle right back to the beginning. It is all because of our Forefather’s faith in the divine nature of God.

Had Jesus not been born, crucified, resurrected and subsequently ascended into Heaven, none of what we know today would exist. Our ancestors might have been miserable in the English prisons, but without their belief in life-everlasting, they would have had nothing to yearn for or flee from. Without a desire to pursue religious freedom, they quite possibly would have stayed put and suffered for whatever their manmade crimes were.

True, ultimately this land would have been populated, but it would have been for entirely different reasons. Instead of living in the golden land of opportunity, we’d most likely be under the crushing rule of a tyrannical monarchy, or worse.

So while the marketing is clever, Easter isn’t really about egg hunts or plastic bunnies. It also isn’t about pastel dresses or roasted hams. It’s singularly about freedom. Freedom from earthly prisons, worry and despair. It’s also about the ‘Fourth-of-July’, ‘Veterans’ day, ‘Pearl Harbor’ day, ‘Thanksgiving’, and ‘President’s day, to name a few, because none of those holidays would exist if it wasn’t for Easter. And Christmas wouldn’t mean much either because the child born in a manger, would have been just another child. Thank God for Easter, because it’s Christ’s resurrection which changed everything, and paved the way for every American to live without chains.

So after church, when you go out to Sunday brunch remember that the next holiday depends on this one. And when you pull out your wallet to pay, take a good look at the words on your greenbacks. There’s a reason it says, “In God We Trust.” Happy Easter!

Matt Vespa
Enemy of the People: MSNBC's Maddow Wasn't the Only Member of the Media to Embarrass Herself Over Jobs Report
Matt Vespa
Sen. Ted Cruz Chimes in on NFL Playing the 'Black National Anthem'