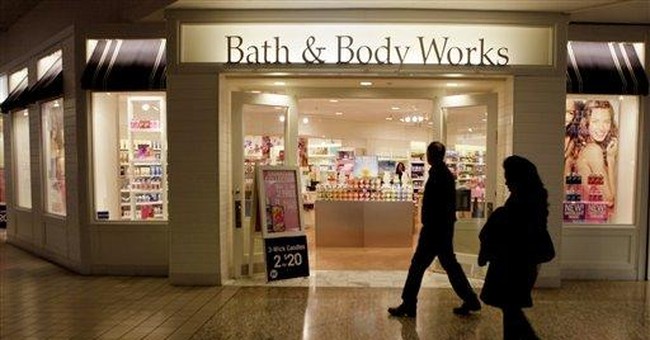 Shoplifting costs the average American family over $400 per year. Yet it’s not worth retailers’ time to prosecute, meaning there’s no good way to keep law-abiding shoppers from funding criminal activity.

Part of the reason prosecution isn’t realistic is because of the cost to bring small-dollar criminals to court. The bigger problem, however, is retailers’ attitude towards the biggest source of shoplifting: theft by a store’s own employees.

“The biggest hurdle for retailers is for employers to believe that their employees are stealing from them,” said Pat Murphy, the president LPT Security Consulting, which advises retailers on loss prevention techniques. Murphy operates out of Houston and formerly worked as the director of loss prevention operations for Eckerd Drugs, which was bought by CVS.

“Employers spend so little time working towards the prevention of theft and putting the proper operational hurdles in the mix to stop their employees from stealing. It’s a silent loss of cash,” he said.

Accosting non-employee shoplifters can be dangerous. No data exists on how many deaths or serious injuries result from carrying out thievery or accosting those who are responsible, but violence has increased so much in recent years that it’s become a substantial liability for store owners.

Murphy said that he has seen more violence – and more severe violence – in the past five years than in the previous ten dealing with major retailers’ loss prevention efforts. Rhett Asher, vice president loss prevention at the National Retail Federation, said that the overriding concern is not endangering employees or customers around them when trying to confront theft.

“We have seen the trend in talking to a lot of retailers that these subjects ar becoming more and more violent,” said Asher. “It’s a dangerous situation.”

The policy at most major retailers is to simply let the thief go if he or she does not comply with more passive anti-theft maneuvers, such as friendly inquiries as to whether the suspected shoplifter can be helped while in the store. This means that by and large, low-level criminals are simply left undisturbed, in order to avoid escalating costs and liability.

“Incidents where you see people chase down people out of the store… that usually doesn’t happen. If they run out, most companies’ policies usually say ‘let them go,’ because its not worth running out and getting stabbed or shot,”

A bigger issue is the prevalence of organized retail theft, where large-scale heists of merchandise take place by several individuals. The items are then re-sold on the black market for a significant discount. Only recently has such organized crime been given recognition by local agencies.

“Frankly, law enforcement blew us off. They didn’t understand what we meant when we said it was organized,” said Murphy. “Now, retailers are getting a little more credibility. Some city jurisdictions have dedicated departments to this function. The FBI certainly does.”