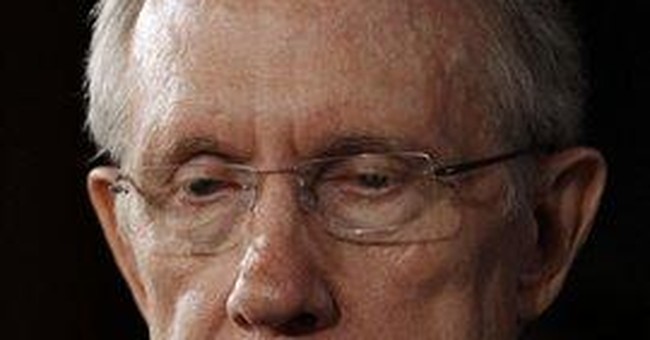 A few weeks ago, if you said “The GOP could take back the Senate majority in 2010” you would’ve been laughed out of the room.

Now, you would be taken just a little more seriously.

Recent shifts in few key Senate races have made Republican gains more likely. Combine that with momentum from Scott Brown’s election in Massachusetts and it seems as though even the strict toss-up races have better prospects of turning red. All in all, it would still be an steep uphill battle for Republicans to take the Senate. But it’s no longer impossible.

“A few months ago, even GOP leaders said that taking over the Senate was a pipe dream, and it is still not probable. But as some independents sour on the Democratic Party, the possibility for a GOP majority can no longer be dismissed out of hand,” writes Larry Sabato, the director of the University of Virginia’s Center for Politics.

Republicans have eighteen seats to defend this cycle and Democrats have sixteen. Republicans need to maintain all of their seats and “flip” ten of the Democratic seats to regain the majority. And what do you know – five Democratically-held seats are looking better and better for Republicans to take: North Dakota, Delaware, Nevada, Arkansas, and Pennsylvania. Another three have a more-distant possibility of turning red: Colorado, Illinois, and Connecticut. Add in two pie-in-the-sky race like California or New York, and the chance, however distant, exists that GOP could get to ten flips.

This is, of course, an extremely optimistic scenario. But the bigger issue is that the scenario is worth mentioning, when it was an utter impossibility until even last month. Also worth noting is the political mood: markers for GOP enthusiasm far outweighs enthusiasm for Democrats opponents. Now, significant gains in the Senate are far from impossible.

“In fact, it is likely that the Republicans will gain at least 3 to 5 Senate seats in November,” said Sabato. “Even more startling, in the aftermath of the Massachusetts special election, Republicans would do even better if the general election were being held today.”

Analyst Charlie Cook said that Republicans hold a 15-point lead – 50 percent to 35 percent – in voters who are most likely to turn out in November. That sentiment is clealy illustrated in the election of Scott Brown, with Cook calling the Massachusetts Republican an “ear splitting alarm” for Democrats. The biggest unknown at this point, it seems, is whether Democrats will hear it.