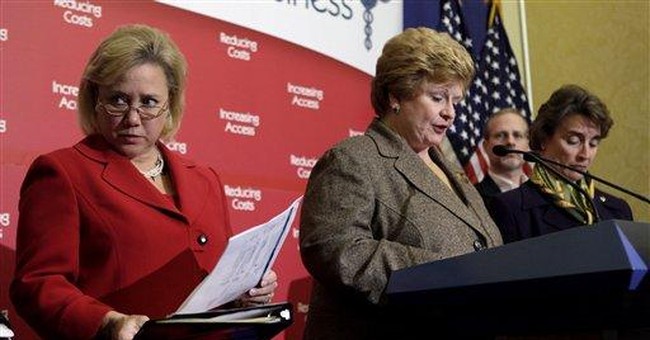 As Senate debate on the health care reform package progressed, it became clear that Senate Majority Leader Harry Reid did not have the necessary 60 votes to pass the bill with a public option. So he’s come up with a new plan – a public option “lite.”

The old public option would have created a fully-subsidized government-run insurance plan to compete with private plans. This new proposal would partially subsidize premiums on a number of different private plans, and apply stringent regulation to both those and other “approved” plans. It would also expand Medicare coverage to include Americans who are 55 and up (the current threshold is 65).

Whether or not this new plan will actually make it out of Committee is unknown. The biggest hiccup will probably be liberal Senators, who dislike the idea of passing health reform without the original, strong public option. Sen. Roland Burris, (D-Il.) and Sen. Bernie Sanders, (I-Vt.), in particular, reiterated their determination not to vote for a “public option lite.”

But Reid seems more than a little optimistic about the possibility of that this new idea could be an acceptable compromise, meaning this could be the way health care reform eventually gets passed.

“We have confronted many hurdles, and tonight I believe we have overcome yet another one,” said Reid.

A number of moderate Senators had mixed reactions – some hadn’t even come out with an official opinion on it after the unveiling on Tuesday evening. Many still want to see the cost analysis, which the Congressional Budget Office has yet to assess.

"Most of the Republican alternatives actually are modeled after the Federal Employees Health Benefits Plan," Santorum told ABC News.

Michael D. Tanner, Cato Institute senior fellow, called it “another truly bad idea.” FEHBP premiums increase at a much higher rate than privately-managed premiums, and the regulations are causing participating insurance companies to drop out or reduce their participation. Under the FEHBP, “some 61,000 workers will lose their current coverage,” next year, he said.

The expansion of Medicare presented the biggest problem.

“Medicare is currently $50-100 trillion in debt, depending on which accounting measure you use. Allowing younger workers to join the program is the equivalent of crowding a few more passengers onto the Titanic,” said Tanner.

The new proposal would subsidize premiums and enact regulation on different private plans is by running all of American health care through the Office of Personnel Management, which oversees the Federal Employee Health Benefits Program. FEHBC currently served only federal employees, which one analyst says is a kind of "premium support" for health care.

Employees pay about a quarter of the cost of their plan, and the government enforces standards of coverage. It could regulate insurance company profits, and possibly even the coverage of pre-existing conditions. The plan extends into the employee’s retirement.

Former OPM director Linda Springer said that the agency would have to undergo significant expansion if it were to oversee so many more people. She also expressed doubt that OPM would be able to serve its primary constituents, federal workers, with a new massive influx of Americans.