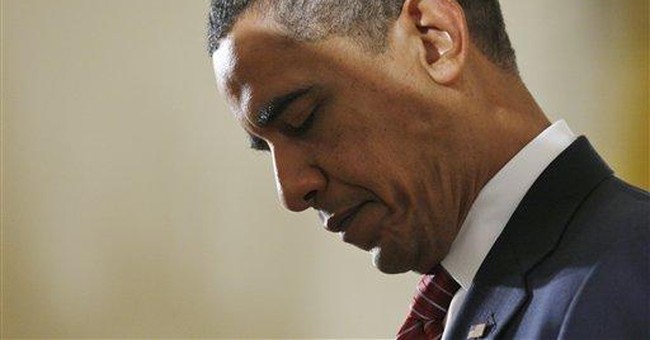 Who might be the next victim of Obamacare? Gun owners.

Government health care reform "will most likely dump your gun-related health data into a government database…that can preclude you from owning firearms,” said Gun Owners of America, in an email notification to their members, shortly before the health care debate on Saturday. GOA said that diagnoses such as post-traumatic stress disorders or other mental illnesses could be a reason the government uses to charge you more for health insurance under the public plan, or as part of co-op regulations.

Larry Pratt, executive director of GOA, said the chances of Uncle Sam using his power to regulate health care based on gun ownership was even better because Kathleen Sebelius is the head of the Department of Health and Human Services, the agency that would be in charge of specific health care regulations and their enforcement. Sebelius has a long anti-gun history, responsible for vetoes of concealed carry bills in Kansas.

“Gun owners are likely to be in there with fat people,” said Pratt.

It wouldn’t be the first time gun ownership has been tied to health regulation. GOA claims that over 150,000 vets with post-traumatic stress disorder are currently on a list that prohibits gun purchases. But Obamacare would expand government health care to millions of additional Americans.

Calls to Sebelius’ office were not returned, though a member of her press office laughed out loud when questioned about the prospect of health care being tied to gun ownership, saying, “that’s crazy.”

But Michael Cannon, director of health policy studies at the Cato Institute, said such regulations were quite possible. The problem stems from government’s overriding cost-benefit assessments and their take on health issues.

“This legislation will politicize anything that has to do with health and health insurance claims,” he said. “The anti-gun lobby has, for decades now, tried to paint firearms owners as unsafe. It will only be a matter of time before they start making that argument in the new forum of health insurance.”

The Center for Disease Control has been one of the government agencies pushing gun ownership as hazardous to one’s health, and Pratt, and the National Institute for Health is catching on.

“They would be required to evaluate the compulsory health mandates that are contained within this legislation,” said Pratt. “That could make life uncomfortable for people.”