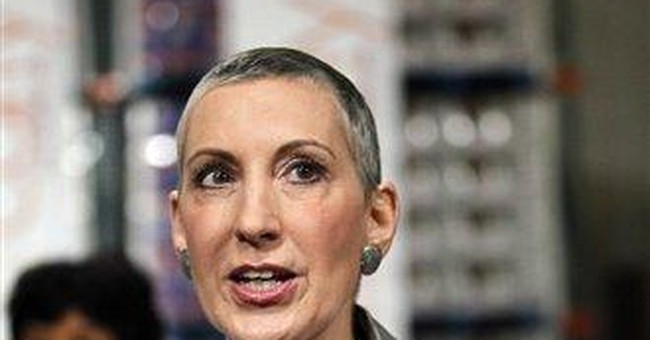 With memories of NY-23 fresh in the minds of conservative activists, the fight over California’s GOP Senate nominee to potentially unseat Barbara Boxer has turned into a game of “who is conservative enough?”

“I've been called all sorts of things, so I prefer to just tell you what I am,” said Fiorina, in a recent interview with Flash Report. “I am a fiscal conservative. I hold conservative values…I believe that life begins at conception.”

That would seem pretty straightforward – until you talk to Chuck DeVore.

“She is a big government Republican. Pure and simple. End of story,” he said.

Both candidates are extremely hopeful in a state where Democrats have a 13-point registration advantage. But Boxer has dove head-first into a number of highly-divisive issues in recent months, including support for a failed, state-wide gay marriage referendum, national health care, and taxes. Dissatisfaction with the current Congress is at an all-time high.

“It’s going to be a rare year because of how tremendously mismanaged this state has been under Democratic leadership,” said DeVore. “I would contend strongly that California is not nearly as liberal as people who don’t live here think.”

DeVore is counting on his military and political leadership to pull him ahead. With 24 years in the Army National Guard, he attained the rank of Lieutenant Colonel, eventually serving as a Reagan White House appointee. He is currently an Assemblyman for the 70th District of California, having previously served in state and local public service capacities.

“I’ve got a record. And it’s a commonsense conservative record,” he said.

Fiorina has a history in business, having served as CEO of Hewlett-Packard Company as the first, and to date the only, woman to head a Fortune 20 company. She spent time at AT&T and Lucent Technologies before stepping up as John McCain’s financial advisor during the 2008 presidential election, but has otherwise steered clear of politics.

“I am a political newcomer. I think that is a good thing,” she said.

Fiorina earned the endorsement of eight Republican Senators to DeVore’s one, has far more cash on hand than DeVore, and much higher name recognition among California voters. But DeVore points to polls that show he and Fiorina are in a statistical dead-heat in terms of voter support, despite how well she’s known.

“What I find remarkable is one of the chief contentions of her boosters is that somehow she has this tremendous name ID…[but] in four polls now, we’re in a statistical dead heat,” he said.

DeVore says that while he was in public service, Fiorina led Hewlett-Packard into the red – a claim she strongly disputes – and points to her voting record as evidence that she lacks political conviction. The San Francisco Chronicle reported that Fiorina had voted in only five of eighteen elections she was eligible to vote in since 2000, with a voting record that’s just as spotty before that.

Fiorina has said that her voting record is inexcusable, but that she’s the only one who is capable of beating Barbara Boxer, and that California needs someone with her business experience.