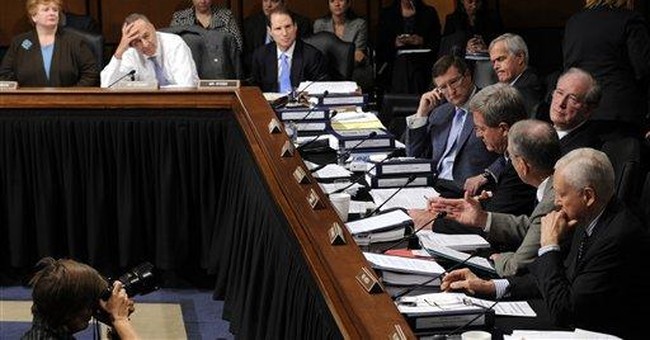 The public option was excised out of the Senate Finance Committee’s health care legislation just two days after the conclusion of a massive two-month effort from religious groups that lobbied for the controversial provision.

The leaders of the 40 Days For Health Care Reform campaign emphasized that their effort was designed to promote increased access to health care no matter what the political flavor. But in the midst of intensive debate over the Democrats health care bills, the effort was seen largely as a religious push for Obamacare – specifically, universal coverage.

“The purpose of 40 Days was just to lift up the voice, to put a human face on the health care crisis, to create a moral mandate that we had to act effectively to ensure universal coverage,” said Rabbi David Saperstein, part of the Union for Reform Judaism, which was a major player in the 40-Day effort. “On that level I think it worked quite effectively.”

During the 40 Days, clerics gave sermons, wrote op-eds, and conducted public speaking events designed to drum up support for the President’s proposals. President Obama spoke to the group via teleconference on its launch day. On the first day of the effort, Obama called all of the groups involved on teleconference that included over 140,000 faith leaders. There was also a separate call that including 1000 Rabbis, who were instructed by President Obama that they were “God's partners in matters of life and death," and that supporting a public option was essential.

Saperstein downplayed the setback of the public option being taken out of the health care bill that is most likely to make it out of Committee.

“It depends what they substitute to achieve universality,” he said. “We have to wait and see how they go about substituting…I’m confident that the Committee will come out with other options that will bring us closer to universality.”

John Gering, a spokesman for Catholics in Alliance, said the elimination of the public option was a setback – but not.

“We've stayed away from endorsing specific policies, so we haven’t come out strongly for a public option,” he said. “That doesn’t mean we don’t support it, it’s just that we stayed out of the weeds.”

“We don’t endorse candidates or push for a given Party’s political agenda. We believe that Catholic teaching transcends the definition of left and right,” he said. Our goals are to articulate the importance of putting faith into action, through media engagement, and grassroots organizing.”

“We believe that Catholic teaching, and the justice components of various faith teachings, have an important role to play in the public sphere… faith had always played an important role in inspiring our nation.”