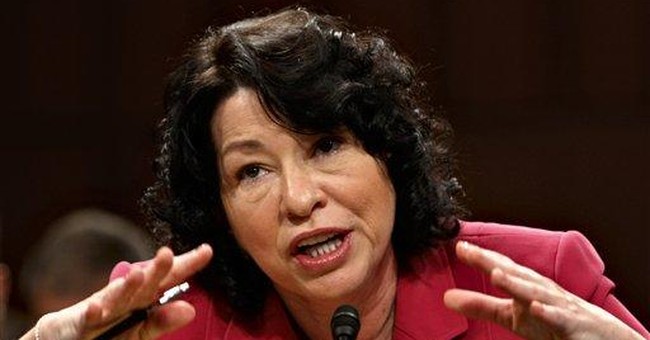 The Senate is gearing up for a vote that will almost certainly lead to the confirmation of Supreme Court nominee Sonia Sotomayor on Thursday or Friday. But a key Republican member of the Senate Judiciary Committee thinks that the strategies employed by his party during the hearings were effective in taking a stand against a larger principle of constitutional impartiality on the Court.

“I don’t believe that we should confirm anyone to the court who is not faithfully committed to follow the law whether they like it or not,” said Sen. Jeff Sessions, (R-Ala.), the ranking Republican on the Judiciary Committee. “If they feel empowered to avoid doing that when they don't like the law then they weaken all laws and they weaken the Constitution.”

Sessions was subject to some of the most extreme criticism from the left over his questioning of Sotomayor during the trial. He did not mince words when addressing Sotomayor’s statements on race and attitude towards the so-called “empathy standard.”

Many of his fellow Republican Senators were also critical, despite the near-certainty of Sotomayor’s confirmation. The left latched on to this criticism as an attack on her integrity and race, despite the sentiment among some establishment Republicans that opposing a Hispanic nominee would not be a wise political move for the party.

That assumption now seems tenuous. A Zogby poll released this week showed that among Hispanics who felt that they had read or heard enough about Sotomayor to make a decision on her nomination, 43 percent were opposed to her confirmation and 47 percent were in favor. The split among the general population was 49-49.

“I believe the judiciary and the future of American law could be at a crossroads,” said Sessions. “The American people are not happy.”

In addition to her questionable constitutional integrity, Sessions also concentrated on Sotomayor’s attitudes towards the “empathy standard” which was first articulated by President Obama when he nominated her.

“Empathy is not a legal standard. And the president has been very wrong to assert it as a standard by which you pick judges. Empathy is not objective. Empathy is a subject….It’s not law. It’s contrary to law,” he said.

Sessions thinks that the affection for Sotomayor’s personal story demonstrates the sensitivity of his fellow senators towards her nomination, and the judiciousness with which they had considered the testimony. The fact that they are able to separate these details may represent a turning point for the Senate and the American public towards the ideas of constitutional impartiality and leaving politics off the bench.

“I think it projected well on her that people respect her, they'd talked through it,” he said. “Even though they'd like to have voted for this nominee – the first Hispanic Supreme Court candidate – with a good personal story, they felt that they couldn't justify doing so. So I think that the Senate is taking these issues seriously.”