To Vote or Not To Vote? That Is the Question on Dem Health Reform 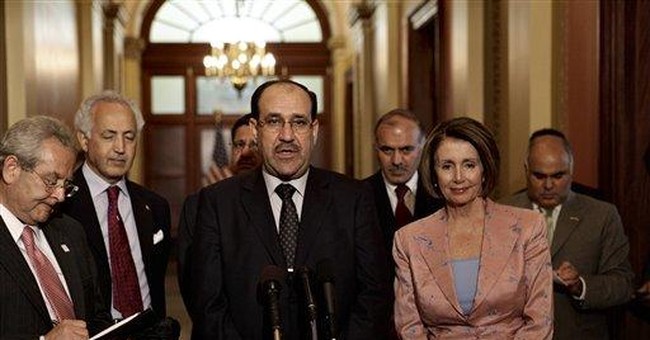 On Wednesday, Sen. Jim DeMint, (R-S.C.) said that health care is Obama's "Waterloo," a clear indication that pressure was mounting to scrap his original proposals.

On Thursday, Majority Leader Harry Reid said he would be bucking President Obama's August 3 deadline for completion of the bill, a political blow that some considered to be the death knell for the legislation. Thursday also saw the start of Obama’s public pleas for support for health care reform in the form of a prime time address that ended up garnering attention for Obama’s offhand comments on race relations instead of medical services.

On Friday, both White House Chief of Staff Rahm Emanuel and House Speaker Nancy Pelosi said the August 3 deadline is still the goal. Emanuel told NPR that House Democrats "intention is to go next week," and that Pelosi "is working toward that goal." Friday was the same day Blue Dog Democrats, considered crucial to success, said they had been "lied" to by House Energy and Commerce Committee Chairman Henry Waxman, (D-Calif.). Waxman's committee is where the first iteration of the bill emerges before it can go to the floor for a full House vote.

If the Democrats leave health care until the fall, it leaves them wide open for political attack during the long, stagnant summer recess.

Another possibility is that Waxman would bypass a Committee vote and bring the bill to the floor. But 40-45 Blue Dogs would likely vote against the bill if that happened, making it a seemingly unviable option.