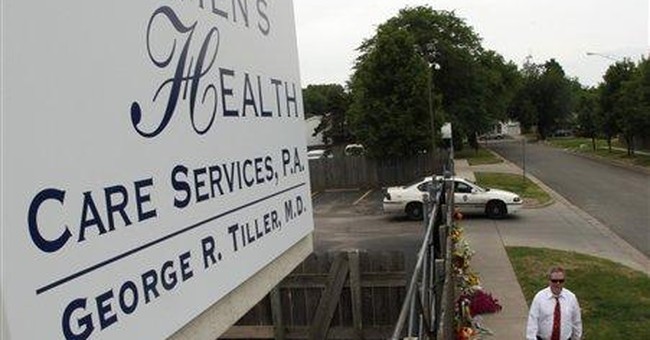 The Philadelphia Women’s Center gave away free abortions Tuesday in honor of Dr. George Tiller, the abortionist who was murdered last week by an anti-abortion extremist.

A worker at the clinic said that an unspecified number of free abortions had been performed during the day, but that they had stopped giving them away by late afternoon.

She also said that there had not been free abortion giveaways in the past, and that there were no plans to give any away in the future. Under normal circumstances, abortions would not be au gratis at the clinic.

But they were today, in honor of Dr. Tiller’s “memory and legacy.”

“It’s really sad that they would give away for free without recognizing that in an emotional sense the abortion is very costly,” said Dr. Charmaine Yoest, President and CEO of Americans United for Life.

The giveaway happened on the same day the family of Dr. Tiller announced the closing of his clinic in Wichita, Kansas. The closing means that only two clinics that perform late-term abortions will remain open in the United States.

"We are proud of the service and courage shown by our husband and father and know that women's healthcare needs have been met because of his dedication and service," the family said in the statement. "That is a legacy that will never die. The family will honor Dr. Tiller's memory through private charitable activities."

The family has ensured the privacy of the clinic’s patient records and information.

Katherine Spillar, executive vice president of the group Feminist Majority, told the Los Angeles Times that the clinic’s closing did not represent a setback for the pro-life movement.

"This is not a victory for them,” she said.