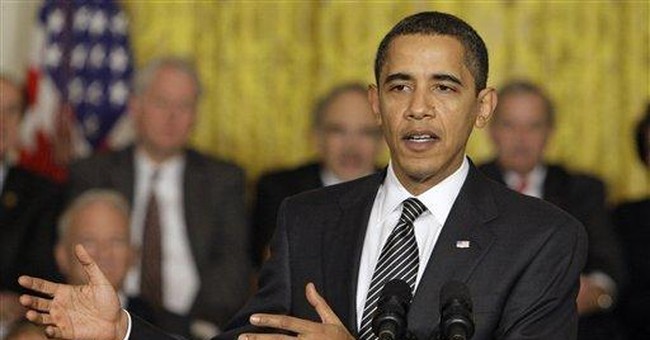 The study isn't just stating the obvious. Researchers John Sheils and Randy Haught of the Lewin Group worked through several different scenarios to show how different public plans might affect private insurance. Their findings varied widely because Obama has given few details on exactly what his plan would entail.

The two things they did have to work with were Obama's stated goals of 1) including only individuals, the self-employed, or small businesses in a public plan and 2) modeling a future expansion of public insurance on the existing Medicare system. Taking those two factors into consideration, the researchers found that public premiums would be 30% less than private premiums, leading 32 million people to ditch their private insurance for the less expensive public ones.

More outstandingly, if the type of public insurance plans put forth by Senators Clinton and Edwards were enacted - meaning that Medicare-like insurance was available to anyone who wanted it - the number of people on the public health care dole would climb to 121.2 million. 119.1 million people would leave private insurance - a 2/3 reduction.

Medicare pays hospitals 30 percent less and doctors’ offices 20 percent less than private insurance because of its ability to bargain based on volume. Many think that public plans would reduce the rate of uncompensated care, because lower income individuals would have an easier time finding coverage. But the Lewin Group predicted that there would be a net decrease in compensation for doctors and hospitals because of decreased rates, even if decreased uncompensated care was taken into consideration.

Robert Book, a Senior Research Fellow at the Heritage Institute, explained why public, single-payer systems account for reduction in coverage in a recent web memo:

Although physicians usually face "take it or leave it" contracts from insurance companies, and most physicians have little ability to actually negotiate, a health plan that sets payment rates too low will find that many physicians choose to "leave it."...In order to continue to sell the health plan (either to individuals or to employers), the insurance company will have to increase payments to induce physicians to join.

The Lewin Group's study, titled "The Cost and Coverage Impacts of a Public Plan: Alternative Design Options," was designed as a "how to" manual for increased public health care, Sheils told the AP.