Jessica Anderson
|
Posted: May 14, 2020 12:01 AM
Share   Tweet
The opinions expressed by columnists are their own and do not necessarily represent the views of Townhall.com. 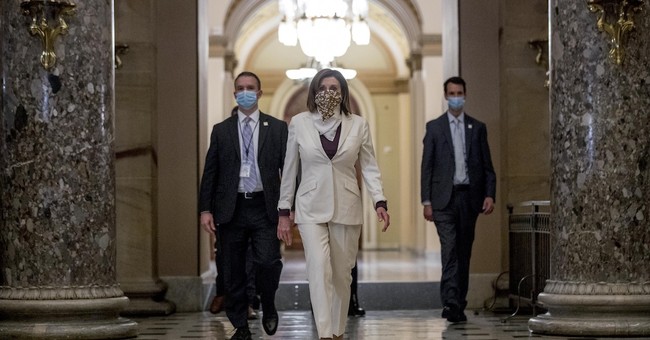 The days of over-priced avocado toast and lattes may be over for millennials.

The youngest generation in the workforce is in for a rough 2020, thanks to the coronavirus pandemic and the accompanying lockdown. Many of us entered the workforce during the “Great Recession” and then endured the stagnant Obama-era recovery. We finally caught a break with the Trump-era economic boom, but this year’s pandemic was a nasty surprise, particularly for the soaring, millennial-driven gig economy. And now, to make matters worse, Democrats want us to pay off debts incurred before we graduated high school.

Speaker Nancy Pelosi announced yesterday she will push a $1 trillion bailout of states and localities as part of the next coronavirus relief package. A bailout wouldn’t just reward and encourage irresponsible states — it would take from cash-strapped millennials to support the unsustainable public-sector pensions of previous generations.

All sectors of the economy have been hit hard by the coronavirus. Businesses have cut back, families have grappled with lost jobs and wages, and tax receipts have plummeted. The federal government has sprung into action, spending trillions to prop people up around the country and giving $200 billion to states alone. But states and cities claim it’s not enough — they’re now demanding billions of dollars in bailout funds, supposedly because of COVID-19. States don’t need a bailout. The truth is, it’s mostly about propping up their unsustainable and underfunded pension programs.

About three-quarters of state and local employees around the country have access to pension plans, even as they become virtually unheard of in most private industries. Liberal politicians and union bosses promote the plans, but they rarely make the math work: many pensions bank on a steady stream of new workers paying in, unrealistic rates of return, or both. To fix them, politicians have to either cut benefits or increase contributions — neither are attractive options. Instead, many state or city leaders take a third option: let the next generation deal with it.

Decades of passing the buck has created mounting problems in many states. Even before the response to coronavirus crushed the market, Illinois’s public retirement plans were underfunded by $137 billion, New York’s by $422 billion, and California’s by $287 billion — all with no real plan to pay for it. Unsurprisingly, they’re the ones pushing hardest for a bailout.

Last month, the Illinois Senate President wrote to Congress asking for $10 billion in state pension relief, $10 billion to send municipalities for their pensions, and $15 billion in “unrestricted funds” — code for more pension money. Other states haven’t been as brazen, but their request for $500 billion in unrestricted funds is clear: their pension debts are coming due, and they want a bailout. Many states have no appetite for reform, because they think Uncle Sam will solve their decades of mismanagement.
Uncle Sam, of course, would have to take out a loan to pay them — and millennials would co-sign. My generation is already responsible for the trillions of new debt incurred this year, on top of the $23 trillion in existing federal debt and the mountain of unfunded federal liabilities. That means higher taxes and lower benefits down the road for a generation that’s already cash-strapped.

Even before the pandemic hit, millennials had higher unemployment rates and an average net worth of just $8,000 in 2019, lower than previous generations at comparable ages. Pensions are largely a relic of the last century too. In 1980, 38% of private-sector workers participated in defined-benefit pension plans — now it’s 13%. Four-fifths of millennials worry they won’t even be able to receive Social Security. But now liberal politicians want them to bail out states and cities that failed to save for decades. If they succeed, Illinois and other states will have no reason to fix their pensions — there’s always another generation to tax.

While states and cities continue to give pay raises, fund billions in movie subsidies, and refuse to fix their broken pensions, a reasonable citizen would assume they must have plenty of resources to get through this pandemic. But rather than make tough choices, they went to Nancy Pelosi, who’s eager to help — she thinks millennials in Florida should pay for six-figure pensions in California.

Before the pandemic, irresponsible politicians were already driving Social Security, Medicare, and public pensions to the brink of crisis. Now, those same politicians are using COVID-19 as an excuse to take a trillion dollars for the decades-old problems they caused, leaving the bill with the next generation. Millennials should be outraged.

Jessica Anderson is Executive Director of Heritage Action for America.