The Deadly Sin of Anger on Display

Jerry Newcombe
|
Posted: Aug 01, 2019 12:00 AM
Share   Tweet
The opinions expressed by columnists are their own and do not necessarily represent the views of Townhall.com. 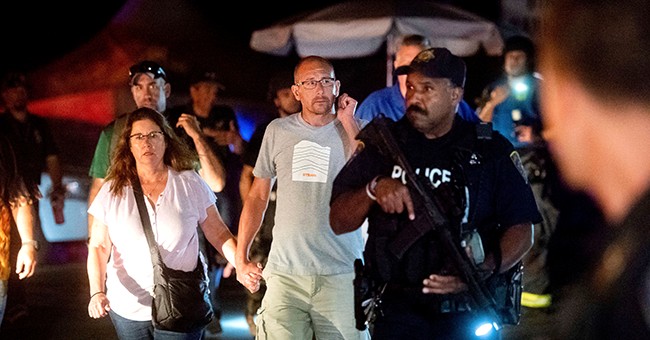 America has an anger problem. There was another random shooting — this time in a city east of Santa Cruz in California.

The Mercury News reports: “At least four people were dead, including a suspect, and 15 people injured after a gunman cut through a security fence and opened fire on a crowd Sunday evening near the end of the Gilroy Garlic Festival, sending panicked festival goers running for their lives.”

The gunman was reported to have opened fire on the crowd with an assault-style rifle. Witnesses heard someone shout, “Why are you doing this?” and the gunman replied, “Because I’m really angry.”

Before his death, the gunman posted on Instagram, “Read Might is Right by Ragnar Redbeard,” according to NBC News. That 1890 anti-Christian, racist screed is subtitled, “Or, Survival of the Fittest,” and it promotes Social Darwinism. After all, if humanity is just glorified apes, then why should we be surprised when someone acts like one? — with apologies to apes. Indeed, ideas have consequences.

According to police, officers on the scene shot and killed the suspect within one minute of the shooting.

We are becoming jaded as a society because of all these types of shootings. These angry people, usually men, kill a number of strangers and often themselves, as if that ends their problems. They will discover that their real problems have only just begun.

No, it all gets back to our loss of Judeo-Christian morality. We have forgotten God — that’s why these things have happened and continue to happen. I wrote a book about how this country suffers from what I call “American Amnesia.” We have forgotten the Lord who made us, who told us what is right and wrong — and that murder is certainly wrong — who will one day hold us accountable.

Jesus said that it is not only wrong to murder people, but also even to hold anger in your heart. It is anger in the heart that bubbles over that can lead to these things.

The first man born of a woman was Cain, and he got so angry at his brother — because God accepted the latter’s sacrifice, but not his — that he murdered Abel in cold blood.

Because of unchecked anger, there are potentially dangerous places in America...

It's hard to believe that human life is becoming so cheap that sometimes a person would literally take the life of another human being because they cut them off in traffic.

There is wisdom through the ages on anger:

Anger is even listed as one of the Seven Deadly Sins — a classic list of key sins which lay at the root of many other sins.

Anger is not always sin. The Bible has much advice about handling anger, but nowhere does it forbid us to get angry per se. Indeed, God made us in His image. In addition to being a God of love, He is a God of wrath. God is angry with the wicked every day. God’s anger is not petty, nor whimsically vindictive, but always in keeping with His eternal plan.

There is righteous anger. Anger over sin. Jesus showed that. He sometimes became angry — because of sin. For example, in the Gospels, He cleansed the temple because they had changed a place of worship into just a marketplace.

In His anger, He did not sin. However, the rest of us have a sinful nature — which severely limits our ability to be righteously angry. We are more likely to import our own selfishness and own sense of entitlement in our anger.

Ironically, it was the violation of the commandment to do no murder, that salvation was made possible in the first place. Sinful men crucified Jesus Christ, the only perfect Person who ever lived, who was fully God and fully man, and who died on behalf of sinners so that those who believe in Him will experience forgiveness for their sins.

Alas, we need to control our anger. As Solomon noted, “A man who controls his temper is better than one who takes a city.”