Why Suicide Is a Tragedy All Around

Jerry Newcombe
|
Posted: Jan 25, 2018 12:01 AM
Share   Tweet
The opinions expressed by columnists are their own and do not necessarily represent the views of Townhall.com. 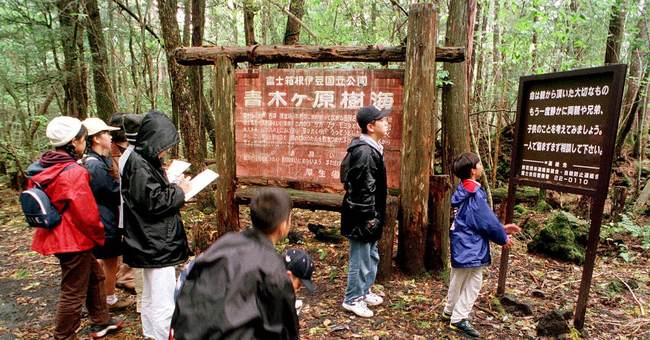 Suicide has been in the news lately. An internet-video star explored a forest in Japan where people go to hang themselves. And he showed (at least partially) one such deceased man. This video caused understandable backlash.

Also there’s the news about a designer that promoted a fashion belt using a photo of a model with the belt around her neck (with the word “hanger” on her shirt)---seeming to suggest suicide. This caused such an uproar that the advertiser has taken down the images.

Finally, Olympic swimming champion (winner of 28 medals) Michael Phelps admitted that he had contemplated suicide and is now extremely grateful he did not pursue it.

Mental health treatment for Phelps’ depression helped, and today he helps others by sharing his story. He says he cherishes helping others come out of depression more “than winning the Olympic gold medal." Phelps concludes: "I am extremely thankful that I did not take my life."

All this gets me to thinking about the subject of taking one’s life. Suicide, of course, is not new. One man said, "Just as I choose a ship to sail in or a house to live in, so I choose a death for my passage from life." That was from Seneca, who lived from 4 BC-AD 65.

The National Institute of Mental Health (NIMH) says on its website (nimh.nih.gov): “Over 40,000 people die by suicide each year in the United States; it is the 10th leading cause of death overall. Suicide is complicated and tragic but it is often preventable.”

Look for the potential warning signs of those you know. The NIMH lists the following as potential “signs that someone is thinking about suicide,” including:

The American Foundation for Suicide Prevention encourages those contemplating suicide to instead call 1-800-273-TALK.

The Bible, far from advocating suicide, only shows it as a wicked act. There are five examples of suicide in the Scripture, of course, that of Judas Iscariot being the most prominent. That is not to say that all who fall prey to an act of depressed desperation are wicked; but it is to say that suicide is considered a wicked act.

In our book, What If Jesus Had Never Been Born?, D. James Kennedy and I wrote: “Christianity has long been a foe of suicide, in the ancient world and now in the modern world. Today the neo-pagan view is cheapening the value of human life all over again. In recent years, one of the nation’s best-selling books was a how-to manual on suicide.”

I knew someone personally who was going to commit suicide. He happened to go into his boss’s office at 7:00 in the morning. The lights were off, which usually meant the boss wasn’t there. Then my friend went to the window and started to open it---in order to jump out and plunge to his death several stories below.

Suddenly, out of the blue, he heard a voice, saying, “Smith, what are you doing?” Smith claimed he was just trying to open the window to get some fresh air---in his boss’s office 90 minutes before work? That young man later went on to become a Christian and was exceedingly grateful that he had not succeeded in his suicide attempt. So are those of us who knew him.

Our lives are not our own. Therefore, they are not our own to take. I realize sometimes people lose their minds and end up killing themselves. Meanwhile, anyone of sound mind who willfully takes his life should be aware the spiritual consequences.

I remember one time at a Christian radio station I received a call from a listener who was distraught. His wife had left him, and he wanted to end it all. He asked me if he, as a Christian, would still go to heaven even if he killed himself. I told him that it would be awful to find out the hard way that he wouldn’t. He called me a few months later, very happy he had not killed himself---and that his wife had come back to him.

Sometimes we can go through difficult periods. Perhaps they are times of testing. But to paraphrase C. S. Lewis: “Never doubt in the dark what the Lord has shown you in the light.”

Life is a gift from God. As one elderly lady who was in very bad health put it: “Only He who gave us life has the right to take life.”