4 Myths about the Condition of the Church

Jerry Newcombe
|
Posted: Jan 07, 2016 12:01 AM
Share   Tweet
The opinions expressed by columnists are their own and do not necessarily represent the views of Townhall.com. 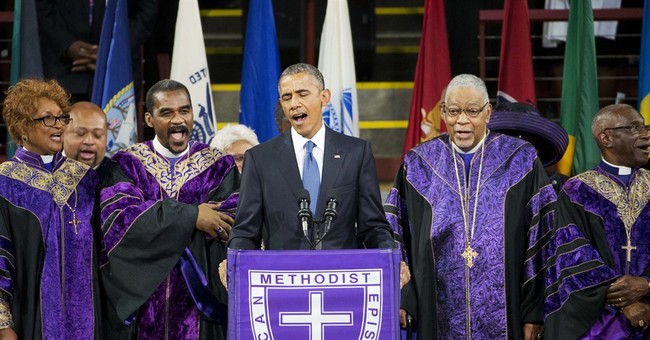 At the start of a new year, it’s good to take honest stock of where we are, so we can adjust accordingly.

I had the privilege recently of interviewing for Christian television a leading church statistician of our time---Dr. Ed Stetzer, head of research for LifeWay (Nashville) of the Southern Baptist Convention. He also teaches part-time at Wheaton College and Trinity Evangelical Divinity School.

I asked Dr. Stetzer about the poll on American Christianity released about a half a year ago by Pew Research. Some people mistakenly interpreted the poll’s findings to indicate that the church in America is in a virtual free fall.

Dr. Stetzer told our viewers: “The sky is not falling statistically. Now the ground is shifting. America is becoming much more secular, but the percentage of people who regularly attend church has actually not shifted drastically.”

Here are four myths Dr. Stetzer addressed during our conversation:

1) The church in America is dying. Dr. Stetzer told me, “The American church isn’t dying, and no real researcher anywhere thinks that, though you might think that from of all the books and articles, often by evangelical authors saying, ‘We gotta fix things,’ so they overstate the situation….But the perception of the church as dying is, I think, unhelpful….facts are our friends and math is hard, but it matters.”

The real loss of faith in America is with the nominal Christian---Christians in name only. Millions in this category are abandoning the label “Christian” and identify themselves as having no religion. On a survey, they would mark “none” as to their religion. Even so, notes Stetzer, the number of self-identifying “atheists” is still in the single digits.

2) No one goes to church any more, except maybe in Three Forks, Idaho. But actually, Stetzer notes, our rates of church attendance are as they were in the 1940s. They got higher in the 1950s and 1980s and 1990s. Stetzer says, “I don’t think most people think of the ‘40s as a time when the church was dead.”

Stetzer refers to a study by two authors for the University of Southern California, published in an Oxford University Press book, “and they say that evangelicals are actually one of the groups that do pretty well keeping their next generation.”

Dr. Stetzer said that evangelicals have about 62 percent success rate of their children keeping the faith. That said, there is the challenging fact that those who identify themselves as “none”---i.e., no religion, are a growing group, particularly among the young.

Stetzer says we should face that as a challenge, but not overstate it. He told me, “The reality is, most people get religious as they get older, right? The religiosity grows---they have kids, they often go back to church.”

4) Evangelicals are losing the faith in record numbers. About ten years ago, Michael Spencer who called himself “the Internet Monk” predicted “the “Coming of the Evangelical Collapse.”

But the reality is that evangelicals are holding their own for the most part. The number of evangelicals has actually grown from 2007 to 2014---however, that growth is offset by the fact that it did not quite keep up with the per capita growth of the population during that same time.

Meanwhile, what is often said about the evangelicals is true about the liberal denominations. They continue to hemorrhage members. The Episcopal Church, the Presbyterian Church in the U.S. (the more liberal branch, which is certainly the largest group), the Methodists, and so on.

Many of the leaders in the “mainline” denominations no longer believe in Jesus Christ. The late Dr. D. James Kennedy, a conservative Presbyterian minister, once said of these liberal denominations: “Their churches are withering away---for their congregations instinctively know that there is nothing there but froth, and they will not tolerate being deceived. If Christ was not bodily raised from the dead in human history, Christianity would cease to exist.”

Dr. Stetzer summarizes the take home message of all this: “The devout are remaining faithful but we’re going to have to learn to live in a different world to engage in fresh new ways for the cause of Christ.”